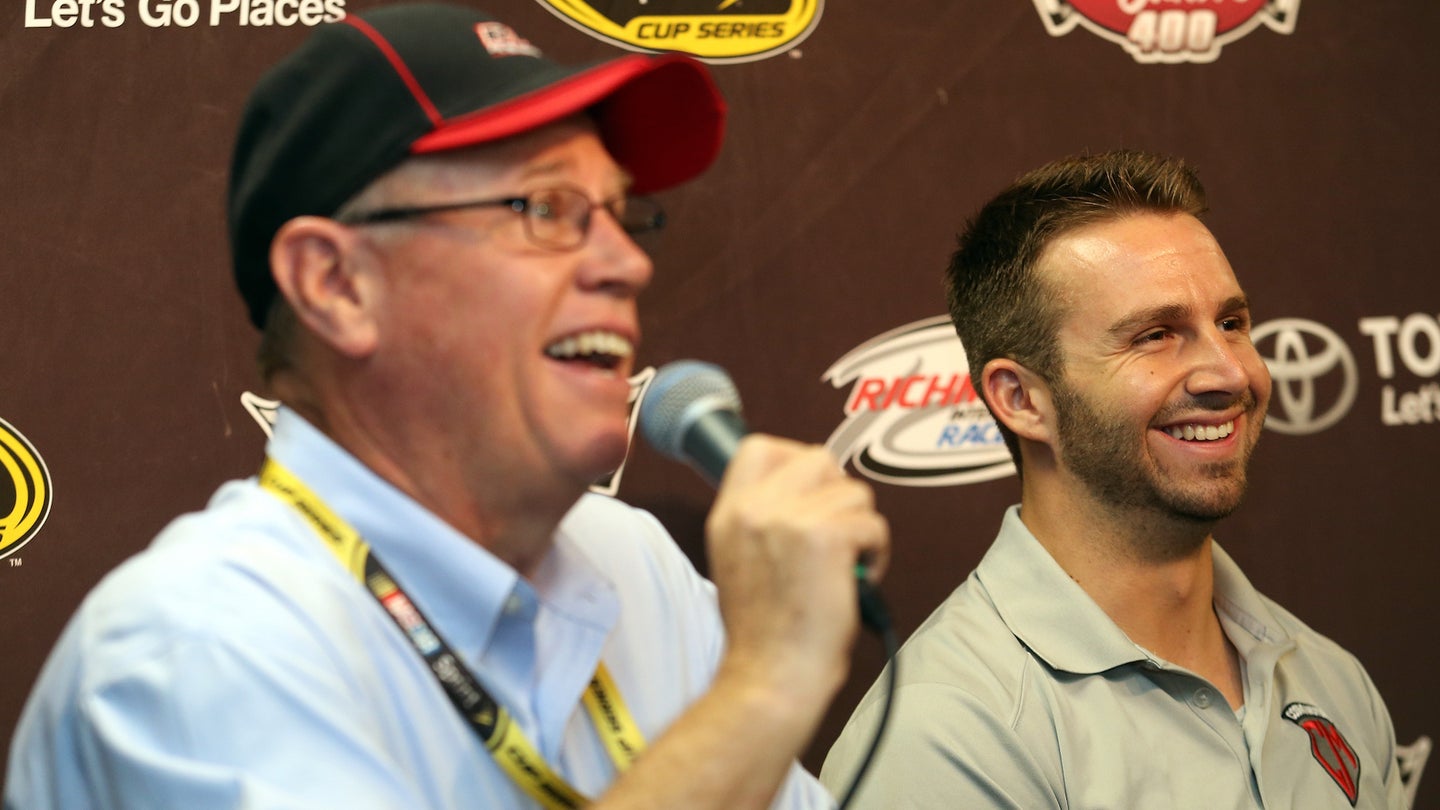 During a status hearing in federal court Tuesday, Judge J. Craig Whitley reminded BK Racing owner Ron Devine that he was no longer calling the shots for his race team. Instead, a trustee assigned by the court is managing the race team that fields the No. 23 Toyota for driver Gray Gaulding in the Monster Energy NASCAR Cup Series.

BK Racing filed Chapter 11 bankruptcy in mid-February, amid claims from Union Bank & Trust that the race team owed $8 million. Matthew Smith was assigned as a trustee to take over the management of BK Racing on March 28 in an attempt to get the team’s finances in order. However, Smith contended Tuesday that Devine has been meeting with potential sponsors, something he should not be doing.

"I’ve tried not to be disruptive,” Devine said. "I’ve taken a lesser role. Even at the Dover race, I didn’t wear a headset.”

Devine also asked the court for access to the race shop’s camera system to use the footage to attract potential sponsors.

Prior to Tuesday’s hearing, Devine told Racer magazine his problem wasn’t with Smith or Whitley, but with the bank.

“My issue is not with him at all,” Devine said of Smith. “My issue is with Union Bank, and that’s what we’re working to fix. The bankruptcy judge has been terrific. He encouraged me to stay with it and I have, and there will be a solution to it. I actually think we’re closer than people realize. I hope. We’ll see. So far, we haven’t been able to get it finished, but we’re close,” he said.

BK Racing previously fielded two cars full-time in NASCAR’s top series, No. 83 and No. 23, but has scaled back to only fielding the No. 23 this year. The team also has a charter under which the No. 23 races. Gaulding, who had left BK Racing amid a payment dispute last season, returned to the team prior to the start of the 2018 season.

The No. 23 team is 35th in the Cup Series owner points standings, 11 races into the season. Gaulding’s best finishes in the car so far this year were 20th-place finishes in the season-opening Daytona 500 in February and at Texas Motor Speedway in April.