PJ1 is being added to the the bottom of the track in an effort to promote a second lane for passing. 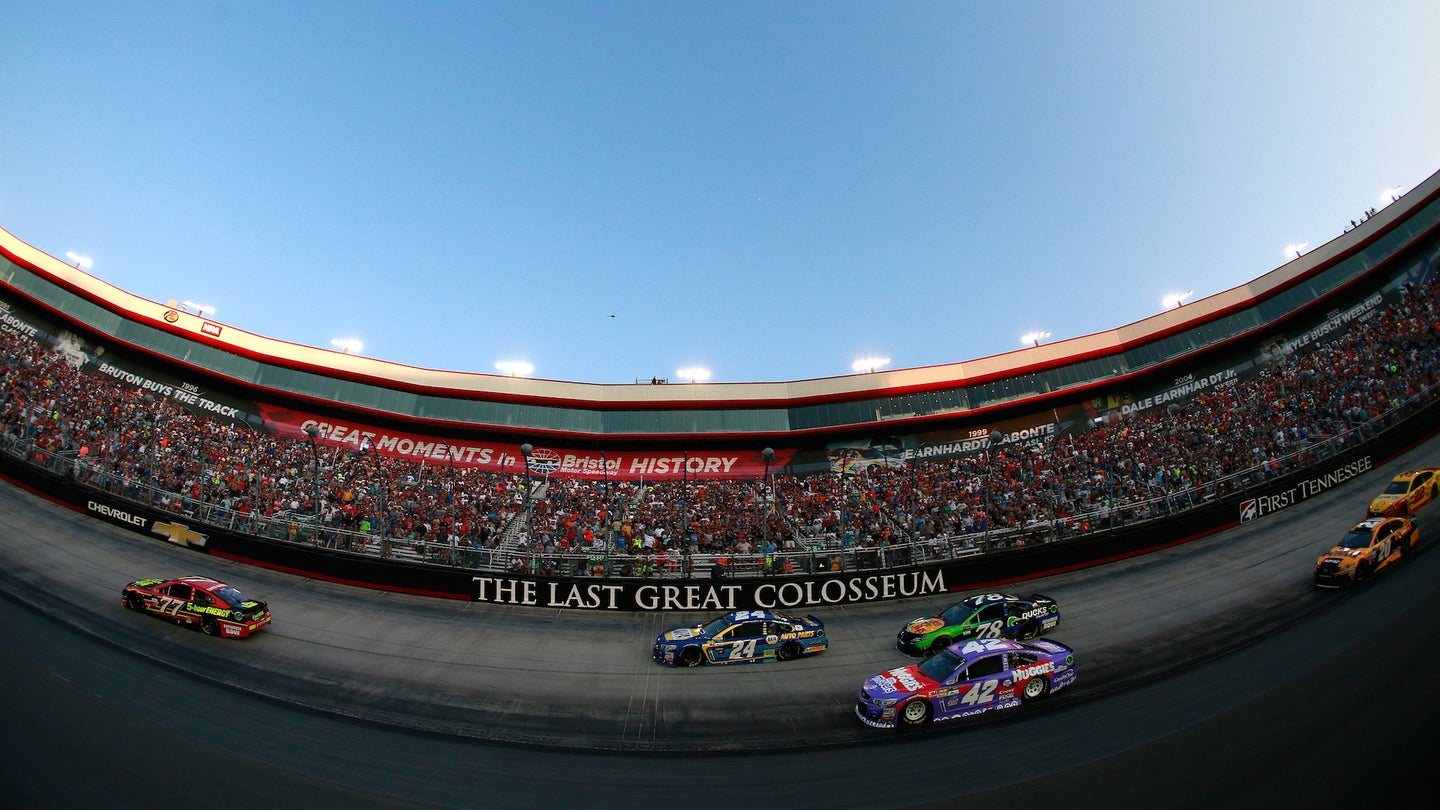 Bristol Motor Speedway in Tennessee is preparing for its upcoming NASCAR doubleheader race weekend. It all culminates in the April 15 running of the Food City 500 for the Monster Energy NASCAR Cup Series. The race track is prepping by applying a PJ1 traction compound to produce more passing during races.

The upcoming Bristol race weekend that will also include a NASCAR Xfinity Series race on Saturday will be the fourth-consecutive NASCAR weekend at the track during which the traction compound has been applied to a portion of the track. As in recent uses of PJ1 at Bristol, the compound is being applied to the lower portion of the race track in an attempt to encourage drivers to race at the bottom of the track instead of in the traditionally preferred upper groove.

“Now that they have the bottom groove going back again, that seems to open it again for the bottom and the top,” Kyle Busch said, as quoted by the BMS press release. “You can run two lanes, and you can have the lanes be more equal to one another, rather than the top just being so much faster and having to run up there.”

Not all NASCAR drivers are fans of the substance’s use at Bristol Motor Speedway, though.

“I don’t know, maybe some guys like it, but I think, yeah, it looks like old Bristol, because we are all running around the bottom, but I just don’t see how that is fun,” Kyle Larson said during his media availability during one of the Bristol race weekends in 2017.

Cars used to race around the bottom at Bristol before variable banking was added in 2007. That change produced multiple lanes for unchallenged passing that received overwhelmingly negative reviews from fans. The track underwent additional changes in 2012, including a reduction of the banking variances, resulting in mostly single-file racing in the upper groove of the race track.

“It’s something we continue to learn and work with the race tracks; what’s the right application? It was the first time we’ve ever done this on asphalt,” NASCAR Executive Vice President and Chief Racing Development Officer Steve O’Donnell said during an interview on SiriusXM NASCAR Radio after the use of the traction compound at Charlotte last year. “We continue to learn and as we see multiple grooves open up earlier, I think it’s something you could see us apply in the future.”