Fans voted on the songs to which drivers would be introduced prior to the Food City 500 race. 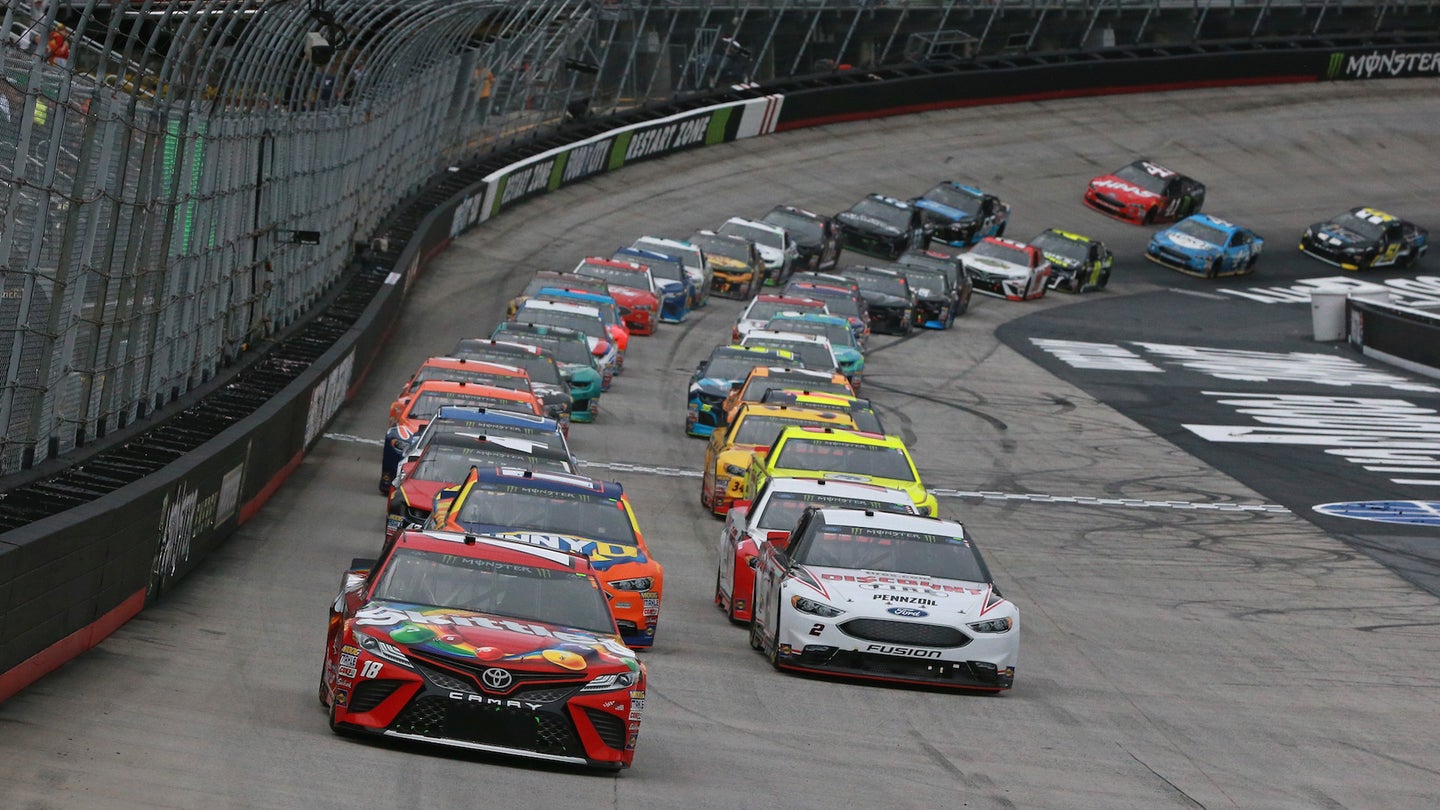 Race car drivers have till now been traditionally been able to use the song of their choice during Monster Energy NASCAR Cup Series pre-race introductions at Bristol Motor Speedway in Tennessee. But driver intros for Sunday-to-Monday’s Food City 500 often-rain-interrupted race included an additional twist: Fans, not drivers, chose the playlist. Throughout the month of March, fans had the opportunity to pick the intro song for each of the race’s 39 competitors online.

“Our fans are the best in the world, so it just makes sense to have them play an integral part in NASCAR’s most popular driver introductions,” Bristol Motor Speedway Executive Vice President and General Manager Jerry Caldwell said in a press release announcing the fan voting. “There’s nothing like seeing these warriors enter The Last Great Colosseum as they prepare for battle and it will be great to see them come out to a song of the fan’s choice.”

Fans were given three song choices from which to select for each driver. Several song-choice outcomes closely reflected drivers, such as still-dirt-racer Kyle Larson being introduced to Jason Aldean’s “Dirt Road Anthem” and Kevin “Happy” Harvick’s intro song of Parrell’s “Happy.” Other suitable pairings included Chase Elliott being introduced to “A Crazy Racin’ Man” by his father, Bill Elliott. The recording from 1983 was part of the World Series of Country Music Record - Stock Car Racing's Entertainers of the Year production.

Intro song choices for some drivers reflected car numbers, such as Brad Keselowski’s introduction to The Beach Boys “Little Deuce Coupe” and Jamie McMurray’s intro to Metallica’s “One,” while other choices reflected driver sponsors, like the choice of Tracy Bird’s “Watermelon Crawl” as the intro song for Ross Chastain, backed by Florida Watermelon Producers. Meanwhile, Liberty University student William Byron was introduced to his school’s fight song.

Below, is the list of winners, making up the Bristol Motor Speedway playlist for driver introduction prior to Sunday’s start of the Food City 500, as compiled by The Drive and listed in the order in which drivers qualified for the race:

Paul Menard — “R.O.C.K. in the USA” by John Mellencamp

Alex Bowman — “Rise” by I Prevail

Michael McDowell — “Takin’ it to the Streets” by The Doobie Brothers

Darrell Wallace Jr. — “Into the Fire” by Asking Alexandria

Martin Truex Jr. — “Nothing but the Taillights” by Clint Black

Landon Cassill — “Going to Mars” by Judah and the Lion

Jamie McMurray — “One” by Metallica

Ty Dillon — “Walk it Like I Talk It” by Migos

Chad Finchum “Where I Come From” by Alan Jackson