The season will be live-streamed from the Circuit of Americas in Austin, Texas. 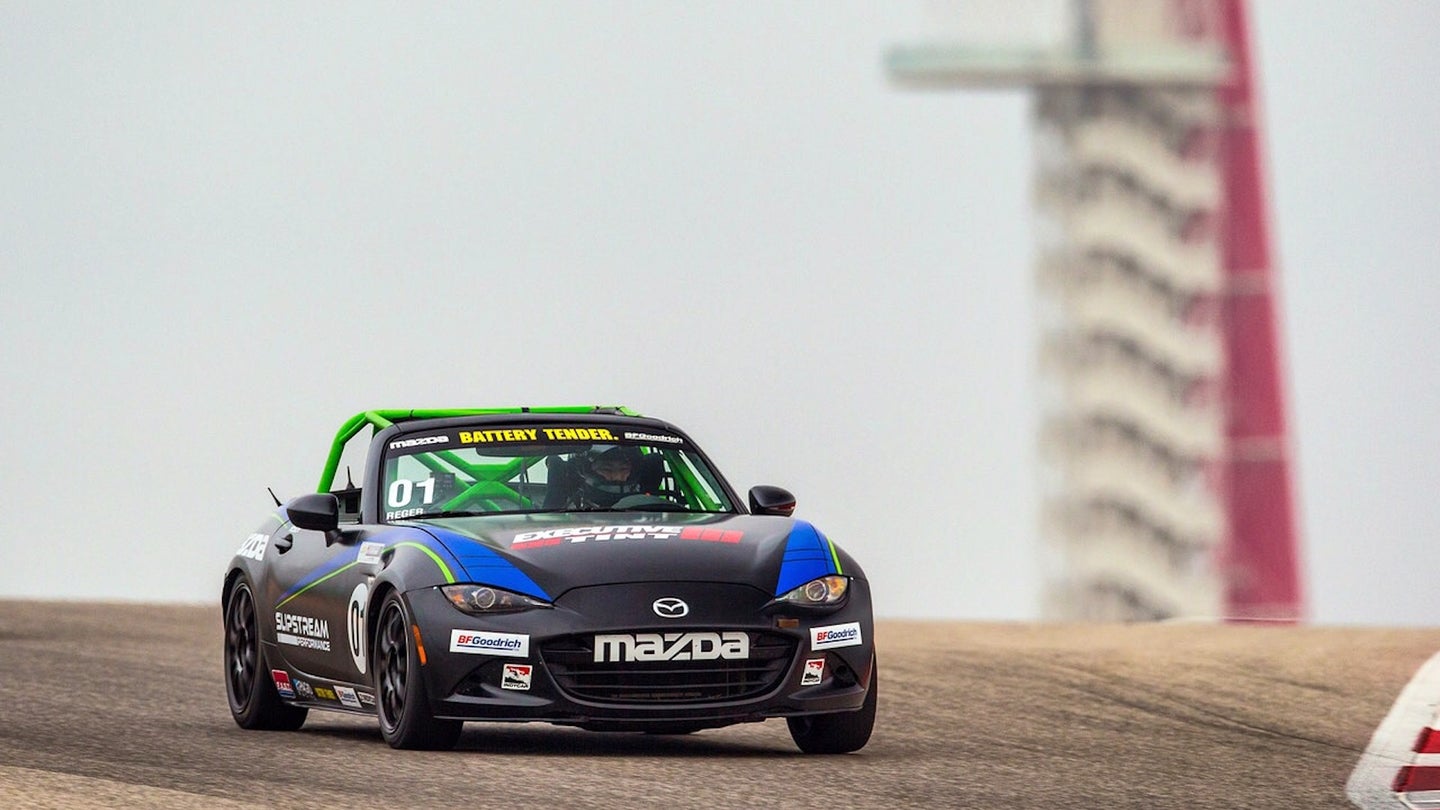 One of the most exciting, competitive, and affordable racing series in the world, the Global MX-5 Cup, will kick off the 2018 racing season today at the Circuit of the Americas in Austin, Texas.

In order to bring the excitement of some of the closest sports car racing in North America to even more fans, the season-opening race will be streamed online on Mazda U.S.A.'s YouTube channel. The live stream for Saturday's Global MX-5 Cup race will begin at 3:25 p.m. Eastern Time, while Sunday's race will go live at 8:55 a.m. Eastern Time.

“With compelling racing created by the talent of the drivers and the performance of the Global MX-5 Cup cars, we are thrilled to be able to put the season-opening races on a worldwide stage with this weekend’s live stream,” said John Doonan, Director, Mazda Motorsports. “With thirty-two Global Mazda MX-5 Cup cars entered this weekend it will be a fantastic show that will be enjoyed not only by the spectators at the track but everyone tuning in around the world to the live stream.”

The Global MX-5 Cup will visit six world-class road courses in 2018, including the season-opening race at the Circuit of the Americas, Barber Motorsports Park, Road America, Mid-Ohio Sports Car Course, Portland International Raceway, and lastly, the Monticello Motor Club in the state of New York.

According to a Mazda Motorsport spokesperson, this isn't the first time the Global MX-5 Cup chooses to engage its fans through the power of live-streaming. "The MX-5 Cup has live streamed numerous races in the past on YouTube, including last year's MX-5 Cup Challenge at Mazda Raceway Laguna Seca," the company's spokesperson told The Drive.

You can have the latest sports sedan any way you like it, as long as it’s not a wagon.