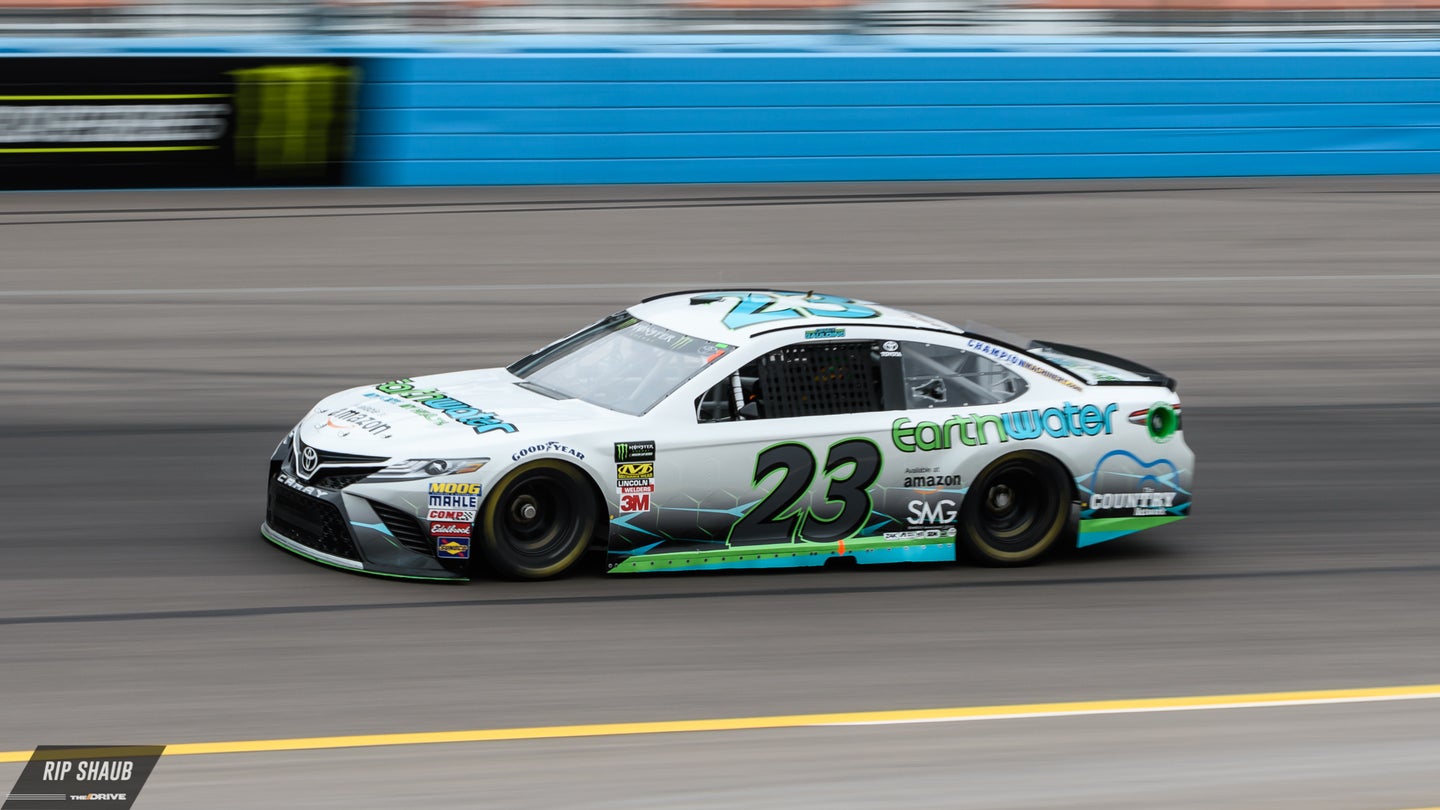 On Thursday, U.S. Bankruptcy Court Judge J. Craig Whitley approved the purchase of Monster Energy NASCAR Cup Series team BK Racing to Front Row Motorsports for $2.08 million. The sale, which includes a charter and most of the assets of BK Racing, also closed Thursday. Front Row Motorsports was the winning bidder in an auction that also drew a bid from GMS Racing President Mike Beam. Former BK Racing owner Ron Devine also showed interest in the sale as an attempt to regain control of his race team.

"I've got other options," Devine said, according to an ESPN.com report. "I still love NASCAR. I believe the NASCAR business is special and headed in the right direction."

Devine put the team in Chapter 11 bankruptcy earlier this year in an attempt to stave off creditors including Union Bank & Trust. As a result, he lost control of the team to a court-appointed trustee who decided a sale of the race team was in the best interest of creditors. The auction ended on Monday and the sale was scheduled to be approved Tuesday, but Whitley issued a continuance until Thursday because of an objection by Devine.

Front Row Motorsports already held three charters, despite fielding only two cars—the No. 34 Ford of Michael McDowell and the No. 38 of David Ragan—in 2018. It is leasing its other charter to TriStar Motorsports. FRM purchased one of those three charters from BK Racing in 2016 for approximately $2 million.

To keep the charter it obtained with Thursday’s purchase of BK Racing assets, Front Row Motorsports must field a third car for the remainder of the 2018 Cup Series season. The series has the upcoming weekend off before returning to action Sept. 2 at Darlington Raceway in South Carolina. A driver, car number and manufacturer has not been announced for the third entry to be raced under the recently required charter. BK Racing fielded a No. 23 Toyota, but Front Row Motorsports is a Ford team and has used the No. 35 when fielding a third car in the past.

The latest acquired charter may be leased or sold, as General Manager Jerry Freeze didn’t seem optimistic of Front Row Motorsports expanding to three full-time entries as soon as 2019.

"[Three cars] would be a big challenge," Freeze told ESPN. "We think there is some market for sure [to sell or lease the charter]. It was worth taking the chance at the opportunity.”

If the Front Row Motorsports doesn’t field three full-time entries next season, the charter being leased to TriStar this season would have to be sold, because NASCAR only allows teams to lease its charters one year at a time. But, as long as the charter that was a part of Thursday’s sale is used by FRM for the remaining 12 races of 2018, the team has the option of leasing it in 2019.

Union Bank & Trust already has filed a lawsuit against Front Row Motorsports, attempting to acquire the charter the team purchased from BK Racing in 2016, claiming it owns the charter as collateral for an unpaid loan to BK Racing. Freeze said that litigation had nothing to do with FRM’s decision to buy BK Racing.