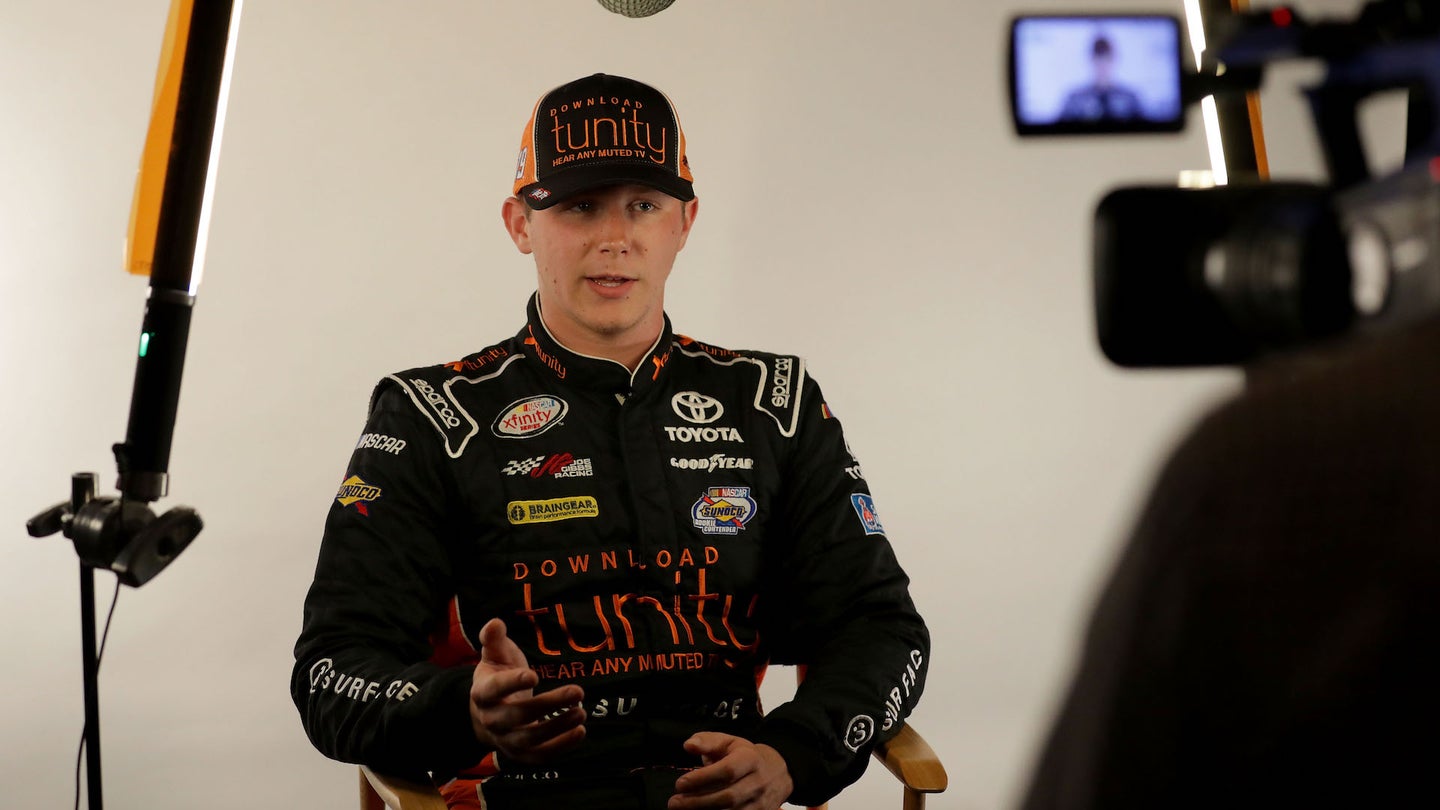 Matt Tifft will be a Monster Energy NASCAR Cup Series rookie in 2019 when he joins Front Row Motorsports to drive the No. 36, it was confirmed Tuesday.

With the addition of Tifft, Front Row Motorsports will expand from a two-car to a three-car Cup Series next season. David Ragan will remain the driver of the No. 38 and Michael McDowell the No. 34.

“We’ve made it clear in recent years that it was our intent to continue to invest in NASCAR and expand to a three-car team,” FRM owner Bob Jenkins said in a press release from the race team. “Not only are we here to stay, we’re here to grow. We already have two proven veterans in our line-up, and now we’ll get to add an impressive young talent and championship contender who will inject some new energy into the group. With the introduction of the Ford Mustang into the Cup Series, 2019 is shaping up to be an exciting season for us.”

Front Row Motorsports purchased a fourth charter in 2018 from the shuttered BK Racing team. To maintain that charter, FRM kept the former BK Racing No. 23 team running through the remainder of the 2018 season, but it continued to race under the BK Racing banner as a Toyota.

FRM has traditionally been a Ford team, and all three of its entries will be Fords in 2019.

Front Row had already purchased a third charter from BK Racing in 2016. That charter was leased to another race team in 2018. In all, FRM owns four charters.

Front Row Motorsports was a full-time, three-car team in 2015, but scaled back to two entries in 2016.

The season-opening Daytona 500 on Feb. 17 will be Tifft’s Cup Series debut. He raced full-time in the NASCAR Xfinity Series the last two seasons, making the 12-driver post-season playoffs both seasons. In all, Tifft has competed in 77 Xfinity Series races, also running select races in that series in 2015 and 2016. His Xfinity Series stats include nine top fives and 38 top 10 finishes driving for teams including Joe Gibbs Racing and Richard Childress Racing.

Tifft also raced in the NASCAR Camping World Truck Series, running partial schedules between 2014 and 2016. In 25 races, he posted a top-five and nine top-10 finishes.