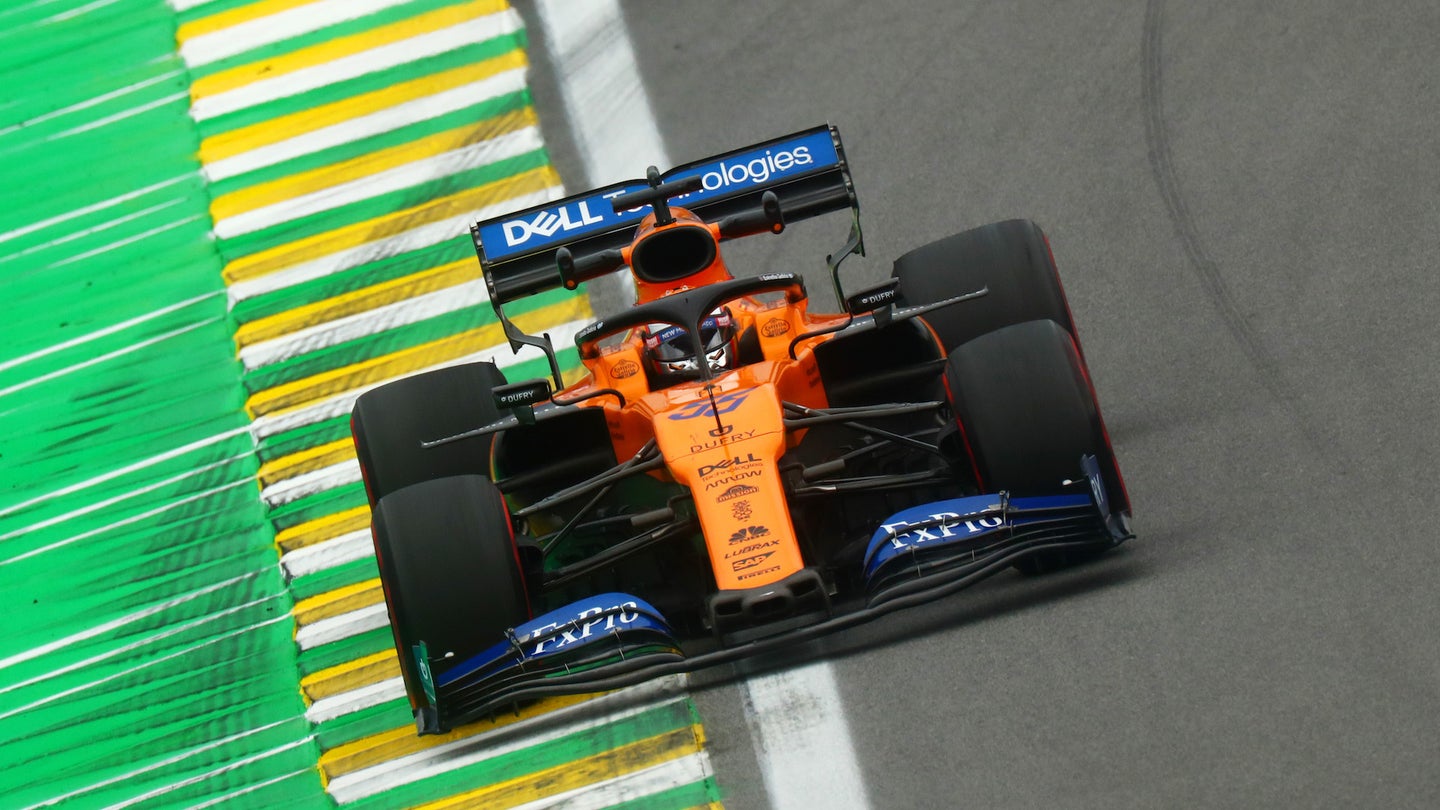 A post-race penalty has knocked Mercedes-AMG driver Lewis Hamilton off the podium at the 2019 Formula 1 Brazilian Grand Prix, and given his position to an unlikely third party: Carlos Sainz of McLaren.

Hamilton's penalty stemmed from contact made with Red Bull Racing's Alexander Albon while the pair fought for third place. En route to his first podium, the rookie Albon left a space just wide enough for six-time world champion Hamilton to think he had a chance to pass, and attempt a dive down the inside. Hamilton, however, made contact, spinning Albon around and slightly damaging his front wing. Though Hamilton found himself feet from passing Toro Rosso's Pierre Gasly for second place (Gasly's result makes him the youngest French podium finisher in history), the race stewards declared that the Brit's collision with Albon was more than a racing incident, and warranted a five-second penalty.

Fewer than five seconds adrift of third-finishing Hamilton was McLaren's Carlos Sainz, who sang a Smooth Operator duet with his race engineer on his way to inheriting Hamilton's P3 after the podium ceremony. Sainz's result marks McLaren's first podium since the 2014 Australian Grand Prix, and the 100th for a Spanish driver, alongside compatriots Fernando Alonso and Pedro de la Rosa. He also completes the first podium since the 2013 United States Grand Prix where no driver piloted a Mercedes or Ferrari. Additionally, each of today's three podium finishers are either current or former Red Bull prospects: race winner Max Verstappen and runner-up Gasly are still in the Red Bull stable, whereas Sainz departed for Renault toward the end of the 2017 season.