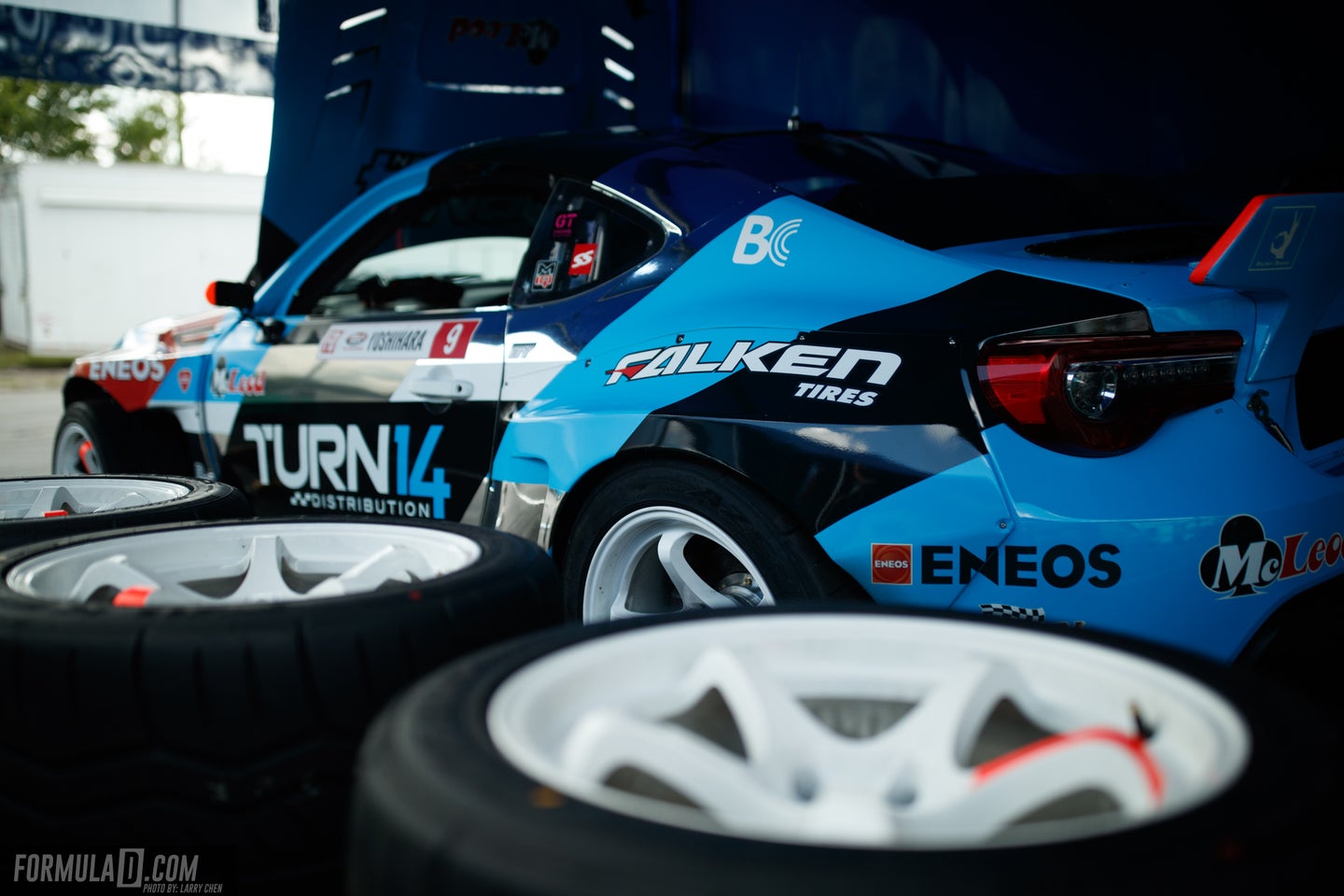 In many cases, Formula Drift drivers shred tires and slide around just inches from each other, making car damage a common occurrence. That's why the hot pit is possibly one of the most important spots of the whole race weekend.

For example: In the first event of the current Formula Drift season, 2017 series champion James Deane's team took a competition timeout, which gave them a five-minute window to work on the car when it took on damage to get ready for the next match. The location they went to war with Deane's Nissan S15 was—you guessed it—the hot pit. It's because of high-level bouts like this that teams must be fully equipped and ready to hustle mid-battle to repair any necessary parts while remaining within the allotted time limit.

Hoonigan recently released a video showcasing the anatomy of the FD hot spot on the Hoonigan Bonus channel. In the clip, the crew's Shop Foreman Dan Sommer takes you around Falken Tire driver Daijiro "Dai" Yoshihara's work zone. Taking a peek inside shows many of the standard hot pit features including wheels with pre-mounted tires, impact guns, torque wrenches, air tanks, and a floor jack all in ready-to-grab distance.

To supplement the items on standby is a slew of spare parts in case something goes wrong including toe plates to align any fixes or changes, extra race fuel, and a mobile toolbox that the team mechanics can work from in a pinch.

Check out the nifty video on the Hoonigan Bonus channel below.