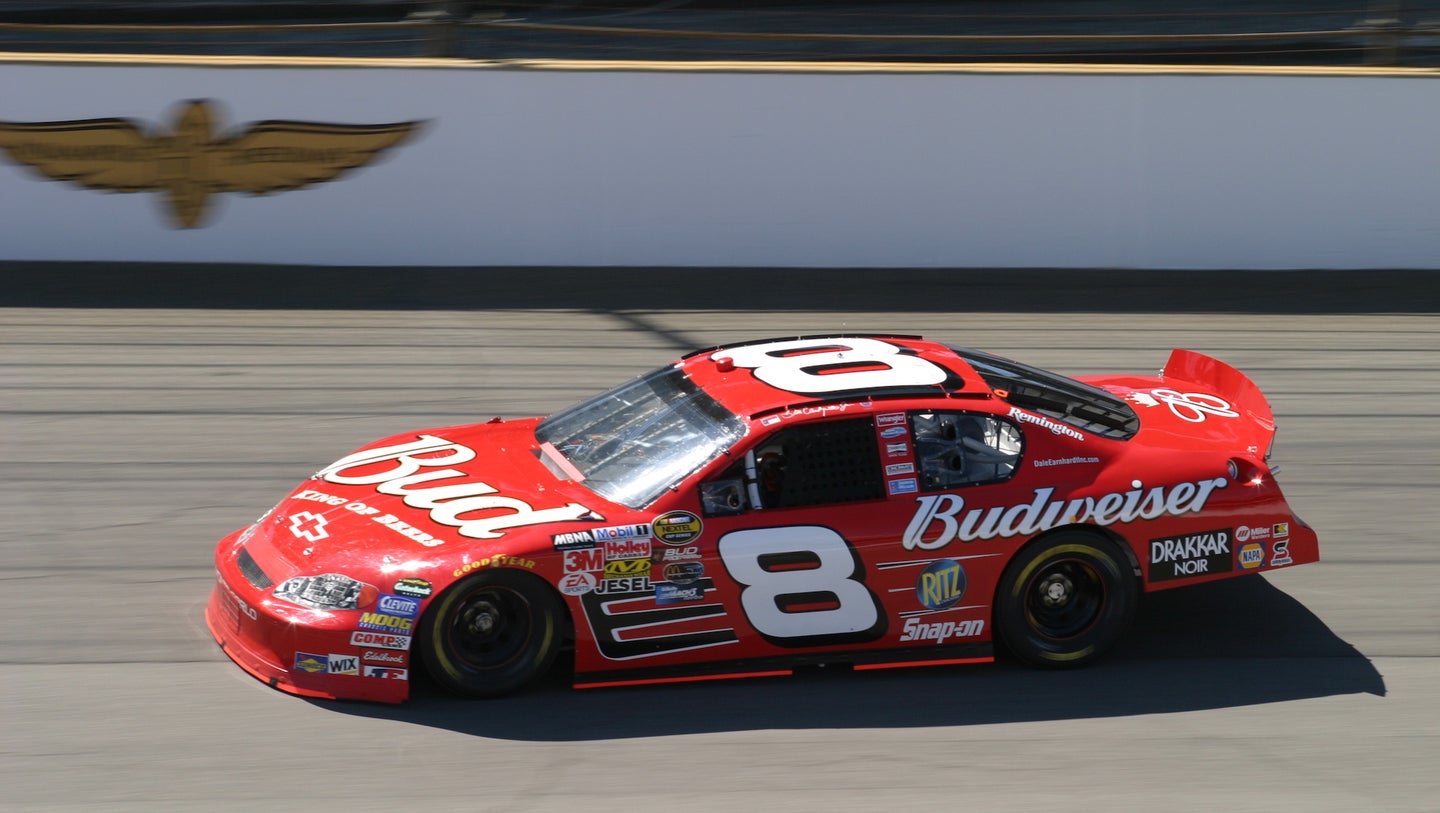 With two NASCAR Busch Series championship wins under his belt, Dale Earnhardt Jr. walked away from his full-time racing career having accomplished about as much as anyone driver can hope to accomplish. Despite that, his success on the circuit never really opened the door for him to try NASCAR's open-wheel counterpart IndyCar, which races on a similar mix of speedways and road courses. That'll change this weekend, however, when Dale Jr. makes his IndyCar debut in the series' virtual IndyCar iRacing Challenge, which will race this Saturday at a digital Michigan International Speedway.

Earnhardt presumably received his invitation to compete in the series—confirmed Wednesday morning via Twitter—following his expression of interest in the series on Monday, as reported by NBC Sports. The North Carolinian seemingly affirmed his acceptance of the invitation by stating he had "better get to work figuring this car out."

Already a regular sim racer, Earnhardt recently proved he still has his racing chops by achieving a podium finish at Homestead-Miami Speedway in the ultra-competitive eNASCAR iRacing Pro Invitational Series. Moving from real to simulated stock cars, however, may prove easier than migrating to open-wheelers for Earnhardt, whose only firsthand experience of IndyCars is as a passenger of Mario Andretti's in a two-seat Dallara.

Earnhardt shouldn't be on his back foot for his inaugural IndyCar sim race, as his record of racing stock cars in Michigan shows an affinity for the track. The two-time NASCAR Busch series champ won Cup races there twice, and an equal number of events in the lower division known today as the Xfinity Series. It's safe to bet Earnhardt will counter his opponents' experience with the cars with knowledge of the track, so when the green flag drops, there should be nothing preventing Dale Jr. from bringing prestige to his family name yet again.