Sim racing is more realistic than ever, and this weekend's action will feature the greatest to ever do it. 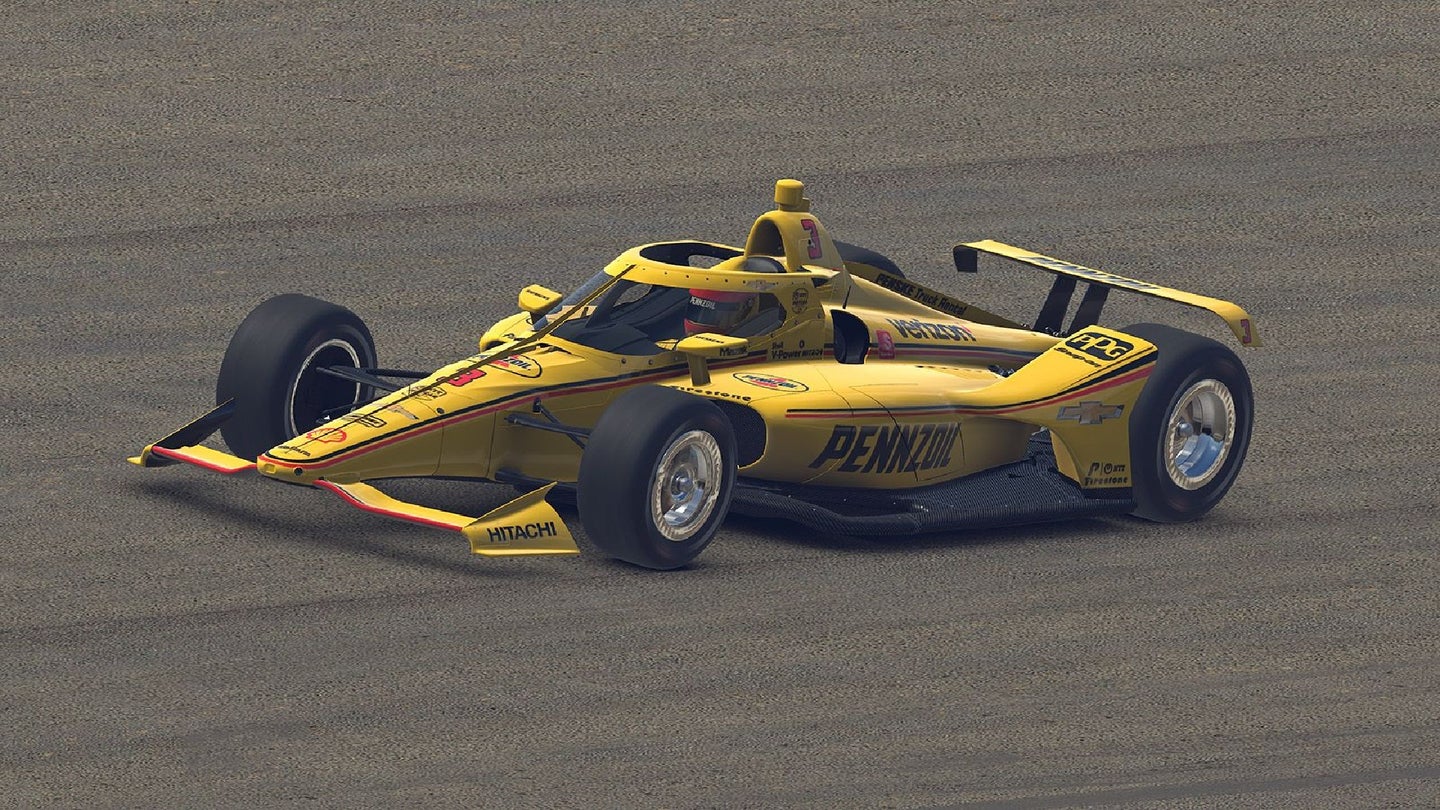 Here's to hoping this weekend's slate of sim racing packs more door-to-door action and less...other stuff. With NASCAR returning in an official capacity for a short-track race at Richmond and Formula 1 taking on a virtual version of the Chinese Grand Prix, there's a packed schedule with something for every type of race fan. Just know that while the cars might not be real, the competition certainly is.

Let's get the ball rolling.

IndyCar is leaving the United States for the first time during its iRacing Challenge series, returning to a track it last raced at in 2011. The Twin Ring Motegi oval is a tricky one given its asymmetric layout, though three drivers in this weekend's field have won at least one race there in years gone by—Helio Castroneves (2006 and 2010), Tony Kanaan (2007), and Scott Dixon (2009 and 2011).

Kanaan will even be bringing back his 7-Eleven livery to commemorate his '07 Motegi win.

Reigning NASCAR Cup champion Kyle Busch will join the fray this weekend as he tries his hand at open-wheel competition, possibly foreshadowing a real-life IndyCar debut once the world goes back to normal.

This weekend's iRacing Pro Invitational Series will be different than those in weeks past, largely because of the reduced field size. A total of 26 cars will take on the .75-mile Richmond short oval—nine fewer than the previous three rounds—which is expected to cut down on wrecks and chaos, much to the chagrin of several drivers and sponsors. Word on Twitter is that the likes of Front Row Motorsports' Michael McDowell and more were uninvited after bringing sponsors aboard for the race...this, however, is far from NASCAR's biggest drama.

Dale Earnhardt Jr., who retired from full-time NASCAR competition after the 2017 season, admitted he had been invited to race but conclusively turned down the opportunity. Junior explained this move was made in hopes that a full-timer would be wrangled back in, or maybe for NASCAR to allow the whole 35-car field to race.

You may remember that prior to the massive wave of race cancelations and postponements, the Chinese Grand Prix was the first to be axed. Given its close proximity to the initial coronavirus epicenter of Wuhan, the race at Shanghai International Circuit was postponed in February.

Now, however, six Formula 1 drivers will compete against one another using Codemasters' F1 2019 game platform. Real Madrid goalkeeper Thibaut Courtois is also set to join the fun because when you're given the opportunity to drive an F1 car competitively—virtual or not—you just can't say no. I guess.

Consistently one of sim racing's most tightly contested events, The Race Legends Trophy features some of the greatest to ever do it. This includes three-time Indy 500 victor Dario Franchitti, who won the inaugural Legends Trophy race, as well as F1 champs Jenson Button and Jacques Villeneuve, the latter of which made news by finishing sixth last week with an Xbox controller.

Rally hero Petter Solberg will throw his hat in the ring with the '03 World Rally Championship denoting his career racing accomplishments. He'll be driving a McLaren 23 F1 car from the '70s, just like everyone else in the field, around a track that's yet to be determined by officials.