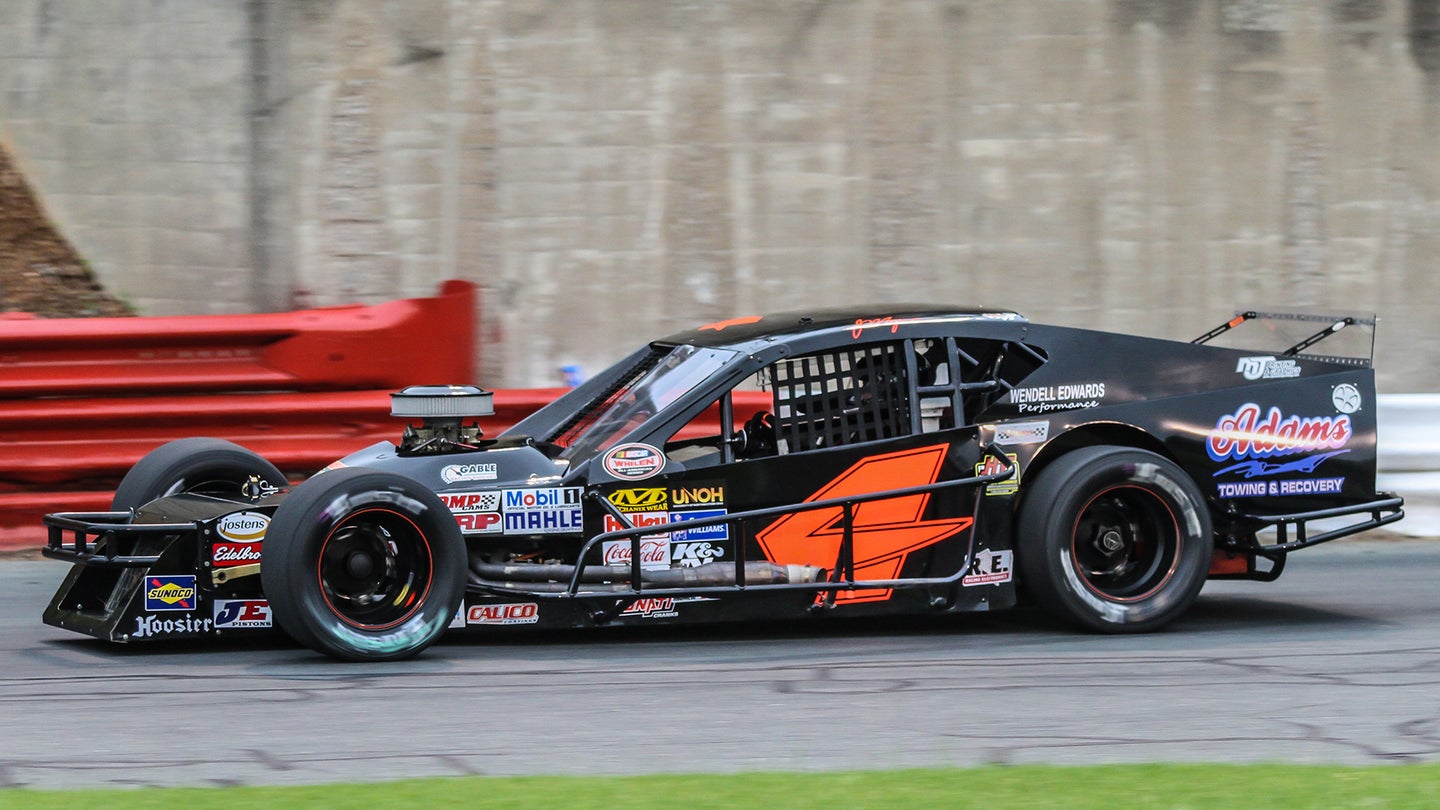 You may not know what a Modified car is, but you should. It’s a homegrown NASCAR series, that dominates local tracks throughout the South and Northeastern United States. The cars have a higher power-to-weight ratio than that of the Monster Energy Cup cars.

The premier Modified series, the Whelen Modified Series, spans from South Carolina to New York, racing on local, short tracks. A NASCAR Whelen Modified car is both 11-inches shorter and 23-inches wider than a Monster Energy Cup car. They're lighter too, a Monster Cup car must weigh a minimum of 3,300 pounds, while a Whelen Modified only 2,610 pounds.

Generally, the Modified cars make a little less power, around 650-700-hp compared to 850-hp Cup cars. Powered by small-blocks, typically Chevys, teams have three displacements to choose from, according to the 2017 rulebook: 350ci (Chevy), 360ci (Dodge), or the 351ci (Ford). Modifieds still run carburetors, unlike the Cup series.

It’s NASCAR’s longest running series that still operates, and in the early years of NASCAR, the premier league. Today, unlike yesteryear, the Modifieds don’t run on big tracks like Daytona, they’re too fast. If you look way back at beach-front racing you often see Modified cars instead of Grand National Series cars. In the late '70s, Modified ran on the Daytona big oval, setting record qualifying laps just shy of 200 mph, but 1981 marked the end of Modifieds on the big oval.

They don’t pretend to be certain models, the only real identical to a brand is a logo on the hood and the shape of the quarter-panels, no headlight-stickers to be found. During the rise of the sport through the late ‘70s and ‘80s however, small-bodies were popular as they fit between the open wheels. Some of the cool bodies included Pintos, Gremlins, and Vegas, using the sheet metal from rear bumper to firewall. Offset bodies means cars are built from the ground up to turn left, with the inside wheels tucked in and the outside wheels extruding out.

The tires are 15x15, yeah you read that right. A whopping 15-inches wide, on a 15-inch tall wheel, using Wide-5 hubs, which bolts to the wheel on the inside edge of the rim. This cuts down on rotating mass.

I can’t hone in on my fan’s-opinion as to why the Modifieds never held the top spot in NASCAR. It’s possible their lack of resemblance to showroom stock cars scared sponsors off. When the sports evolved, however, it was apparent NASCAR didn’t want to promote a series faster than it’s top-tier and most popular. Therefore, the Modifieds found home on the local short tracks. Cup and Modifieds formally never shared drivers like the NASCAR Xfinity series or Camping World Truck Series feature some of the same drivers as the cup races. It wasn’t until 2011, when Ryan Newman won a couple of Modified races, that other Cup drivers considered Modifieds.

The above photo was taken recently in NASCAR Hall of Famer, Ray Evernham’s personal collection. He grew up racing Modified cars. Recently he was able to restore a personal hero’s car, Richie Evans, who died behind the wheel in ‘85. He was said to be the Richard Petty of the Modified series, winning eight consecutive championships.

The lead image is by Eric Hylton with Bowman Gray Racing, of Modified driver, Jason Myers.

“Well it’s the total package: Good location, venue, drivers are accessible— not like [Monster] Cup. The drivers here are your next-door neighbors. They offer a night of entertainment for a decent price and they get done at a decent hour,” Local, veteran short track racer, Randy Butner, said about racing at local NASCAR track Bowman Grey Stadium, where Modifieds are the main attraction, and a stop on the Southern Whelen Modified Tour.

Often when saying "a Modified," those listening thought I just didn't finish my sentence, but that's not the case. It's some of the most entertaining NASCAR short track racing around. The site, Hometracks.nascar.com has a list of local tracks throughout the United States, but only those sanctioned by NASCAR. Google your local area for a track and go watch.