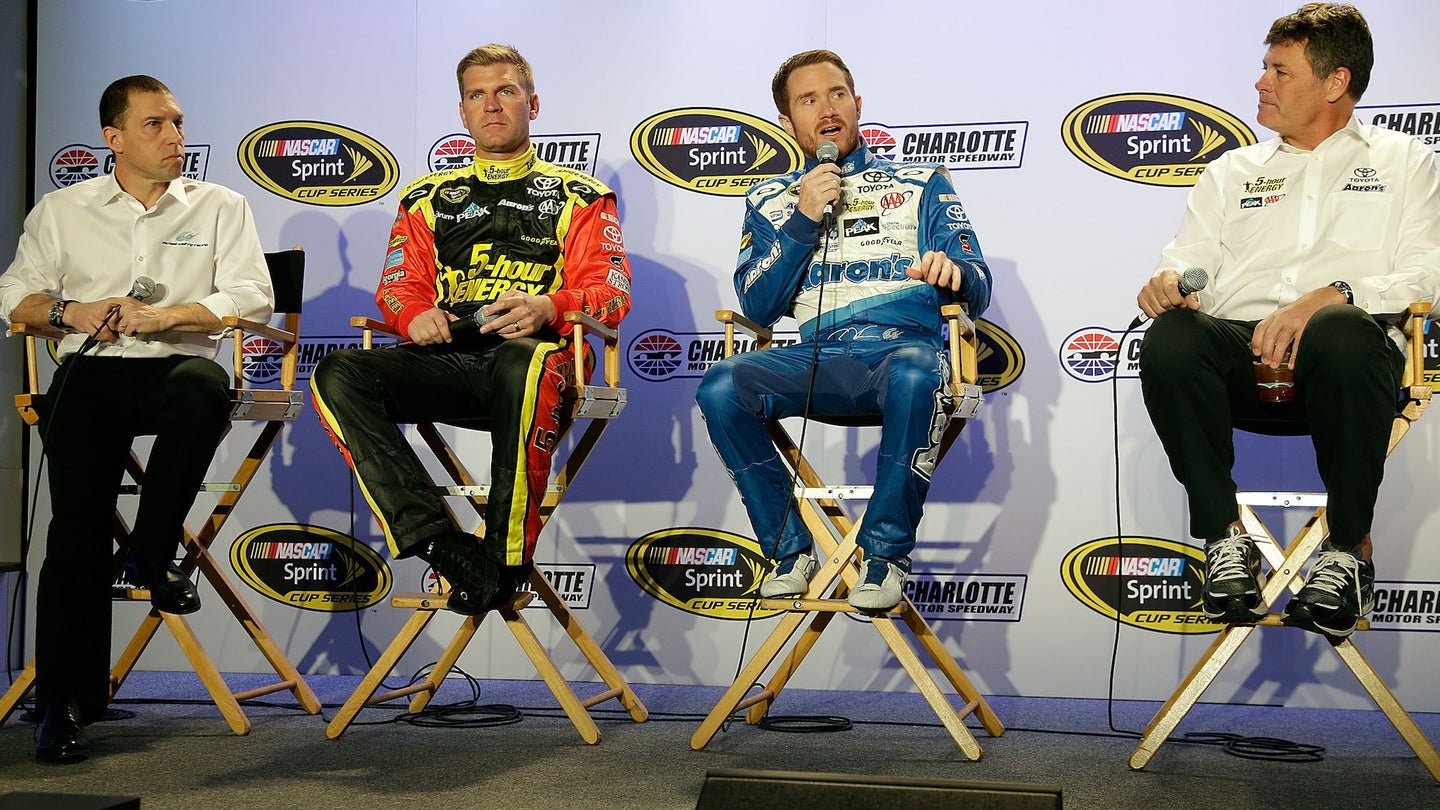 Race Team Alliance Chairman Rob Kauffman thinks only full-time Monster Energy NASCAR Cup Series teams that hold charters should be allowed to compete in Cup Series races. He expressed his opinion on the matter via Twitter after a new team, NY Racing, announced its planned debut in Sunday’s Coca-Cola 600 at Charlotte Motor Speedway in Concord, N.C.

The NY Racing No. 7 entry brought the Coca-Cola 600 entry list to 41 teams, one more than the customary full field of 40 cars, meaning one team/driver wouldn’t make the race at Charlotte. When Kauffman was asked about how he expected the sport to grow, Kauffman suggested prospective teams buy a charter.

One of the teams without a charter withdrew from the Coca-Cola 600 prior to Thursday’s qualifying session, so all that presented a car for qualifying received positions on the race starting grid.

There are 36 charters in play for NASCAR Cup Series teams, all guaranteeing race starting positions. The charters may be transferred between teams by sale or one-year lease. There are no known charters on the market right now. NASCAR allows up to 40 starting positions for each Cup race, with the remaining four potential starting spots up for grabs among “open” or non-chartered teams in qualifying. Open teams don’t receive as high a percentage of race purses.

NASCAR implemented its charter system ahead of the 2016 race season with the aim of improving the value of Cup Series teams with guaranteed starting positions and higher percentages of race purses. Previously, race teams were sold for pennies on the dollar. The RTA, founded during the 2014 season by Kauffman to represent the interests of Cup Series team owners, has been credited with the implementation of the charter system.

Kauffman also is a minority owner of Chip Ganassi Racing, which fields the No. 1 and No. 42 entries for drivers Jamie McMurray and Kyle Larson. CGR holds charters for both entries. Most owners that compete full-time in the Cup Series are members of the RTA. NASCAR’s longest-tenured team, Wood Brothers Racing, though, left the RTA a couple of years ago.

Kauffman previously was a partial owner of the now-defunct Michael Waltrip Racing. Several fans who commented in disagreement with Kauffman’s tweets accused the former MWR owner of being the downfall of that race team.