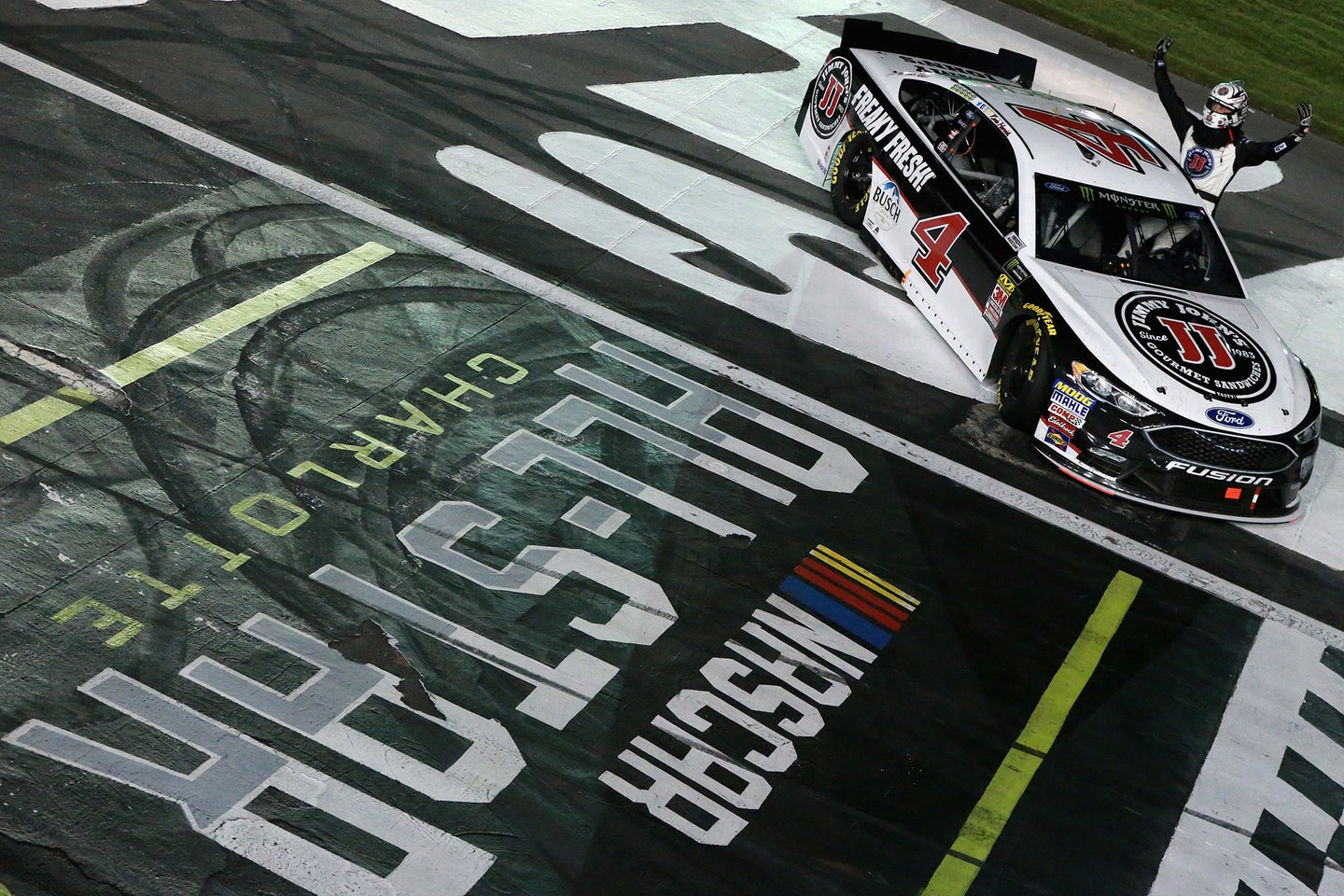 Engine restrictor plates and high-drag aerodynamics reduced the average speed during the All-Star Race, but that didn’t stop Harvick from securing a $1 million payday. With new rules and a different race format, including no mandatory pit stops, the All-Star Race turned into another Kevin Harvick show.

The much-anticipated Monster Energy NASCAR Cup event lived up to the hype—or did it? The verdict is unclear on whether the new competition package implemented for the All-Star Race is worth a second look. What we do know so far is that most fans seemed to love it based on initial feedback.

The package NASCAR used during the All-Star Race garnered a few skeptics; however, most believed it was some of the best racing we have seen on a 1.5-mile intermediate track in over a decade. Plenty of action was on display, including an eight-car wreck that eliminated Martin Truex Jr., Brad Keselowski, Clint Bowyer, and Kurt Busch. The accident also collected Ricky Stenhouse Jr., Austin Dillon, pole sitter Matt Kenseth, and Kyle Busch, but they were able to finish the race. There were 12 lead changes among 7 drivers during the 4-stage All-Star Race shoot-out. Kyle Busch won Stage 2 while Harvick dominated the rest of the race winning Stage 1 and Stage 3 before leading the final 10 laps.

The Greatest Day in Racing

From an All-Star shoot-out to a grueling 600 miles, next up on the Monster Energy NASCAR Cup Series schedule is the Coca-Cola 600. The NASCAR Cup Series will stay at the Charlotte Motor Speedway for another weekend under the lights, but this time there will be 600 miles of speedway action. The 59th running of the legendary Coca-Cola 600 (400 laps, 600 miles) will race under the lights Sunday, May 27th at 6:00 p.m. ET on the most patriotic day of racing for NASCAR.

Formula One's Monaco Grand Prix, followed by the 102nd running of the Indianapolis 500 will kick-start what has become known as The Greatest Day of Racing. One of the longest and most exhausting races — NASCAR’s Coca-Cola 600 — will be the final race of the day for the yearly Memorial Day Weekend tradition.

A handful of drivers have raced in both the IndyCar and NASCAR Cup Series. Only five drivers have attempted the double and raced in the Indy 500 and Coca-Cola 600 in the same day. The last attempt was in 2014 by Kurt Busch. With so much racing happening from sun up to sun down, we have to ask what will you be watching over the Memorial Day Weekend? Will you spend your day viewing all three races?