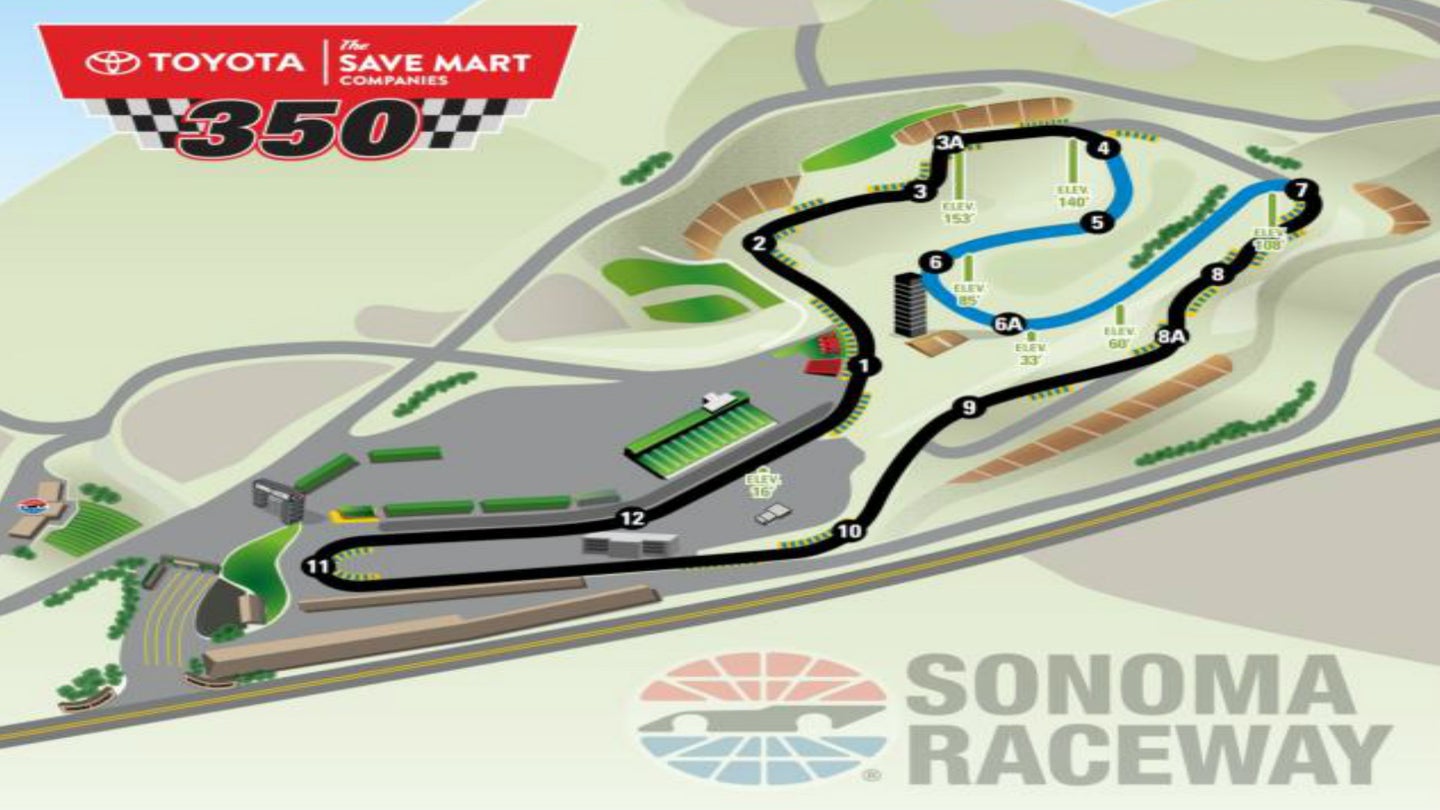 When the raceway opened in 1968, the track layout incorporated "The Carousel," the track's signature sweeping downhill corner. For those not familiar with The Carousel, it begins with a drop coming from Turn 4, then goes through Turns 5 and 6 before coming back up through Turn 6A onto the raceway's longest straightway into the Turn 7 hairpin.

"The Carousel is a corner where history has been made, and as we celebrate the half-century of track history in 2019 we are excited to re-introduce this signature turn on the Sonoma Raceway circuit," said Steve Page, Sonoma Raceway president and general manager.

Over the decades, the Carousel has been the site of many exciting and memorable moments in the raceway's history, including Dale Earnhardt's first NASCAR road course victory in 1995, which resulted from the Intimidator's critical pass around Mark Martin at this part of the track.

"Innovation and exceeding expectations are in the DNA of SMI. This is something fans and drivers have been talking about for years, and we are excited to bring it to them, particularly as part of the track's 50th anniversary," said Marcus Smith, CEO of Speedway Motorsports, Inc.

NASCAR started utilizing the full 12-turn track layout beginning with the first Pacific Coast Late Model Division race in 1969 at the then Sears Point Raceway through numerous Cup Series, West Series, Southwest Series, and Truck Series events until 1997. From 1998, NASCAR began competing on the current 1.99-mile configuration, which utilizes a bypass known as the "Chute," which connects Turns 4 and 7.

The 2019 Toyota/Save Mart 350 is expected to run 85 laps on the new 2.52-mile layout and the race distance will remain at 350 kilometers. Fans can experience the action at when the Monster Energy NASCAR Cup Series returns to Sonoma Raceway on June 21-23, 2019.

Martin Truex Jr. Twist and Turns His Way to Victory at Sonoma Raceway