PRN broadcaster is headed back to North Carolina after release from California hospital for treatment of injuries from jogging accident. 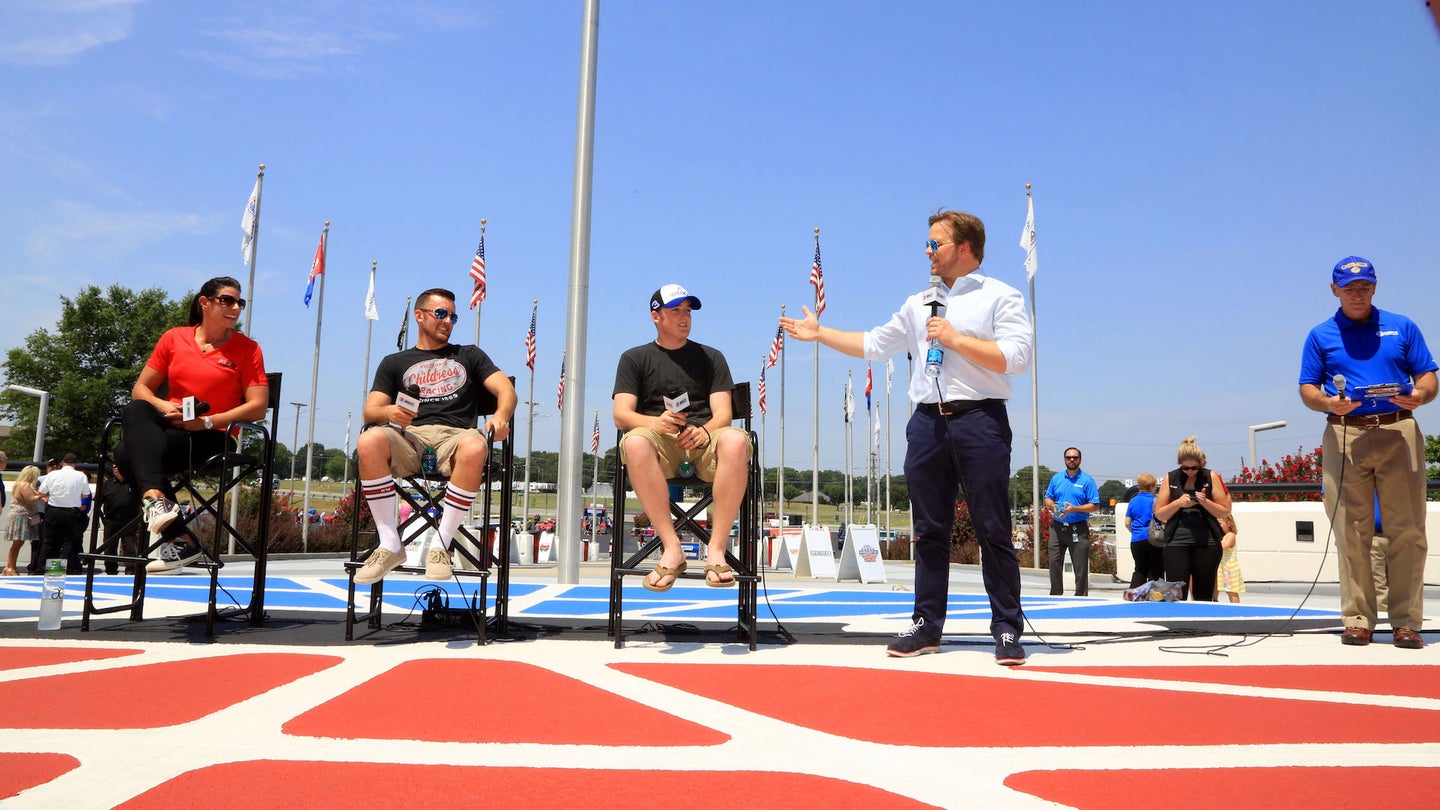 Wendy Venturini, a NASCAR broadcaster for the Performance Racing Network, is continuing her recovery after being struck by a car while jogging the morning of June 23 in Novato, California, while in the area for the June 24 running of the Toyota/Save Mart 350 at Sonoma Raceway. She is on her way home to the Charlotte, North Carolina area in a recreational vehicle provided by Toyota, according to a report on the Tradin’ Paint show on SiriusXM NASCAR Radio Wednesday. Venturini’s husband Jarrad Egert works for Toyota team Joe Gibbs Racing in the Monster Energy NASCAR Cup Series.

An announcement of the accident was made on the Facebook page of Venturini Motorsports, the ARCA Racing Series team owned by her father, Bill Venturini.

Venturini suffered a skull fracture, nerve damage in her left ear, a concussion, and several scrapes and bruises, but is expected to make a full recovery during the course of the next six weeks. In the meantime, she has been instructed to not fly and to stay off electronic devices including her phone, tablet, and computer. She was released from a California hospital Tuesday. Her husband posted an update via Venturini’s Facebook page Wednesday.

According to Egert, Venturini, a fitness buff, claims plyometrics saved her life.

“She jumped as she saw the Miata appear going 20 mph out of the corner of her eye,” Egert told NBC Sports. “She somersaulted over the hood, roof and trunk, eventually coming to a stop on the pavement.”

Novato Police Department Sgt. Nick Frey told NBC Sports an investigation is ongoing and “impairment was not an issue” for the driver of the car that struck Venturini.