Joe Garone jokes that Martin Truex Jr.'s win of the Toyota/Save Mart 350 was a result of Cole Pearn's blow to the head. 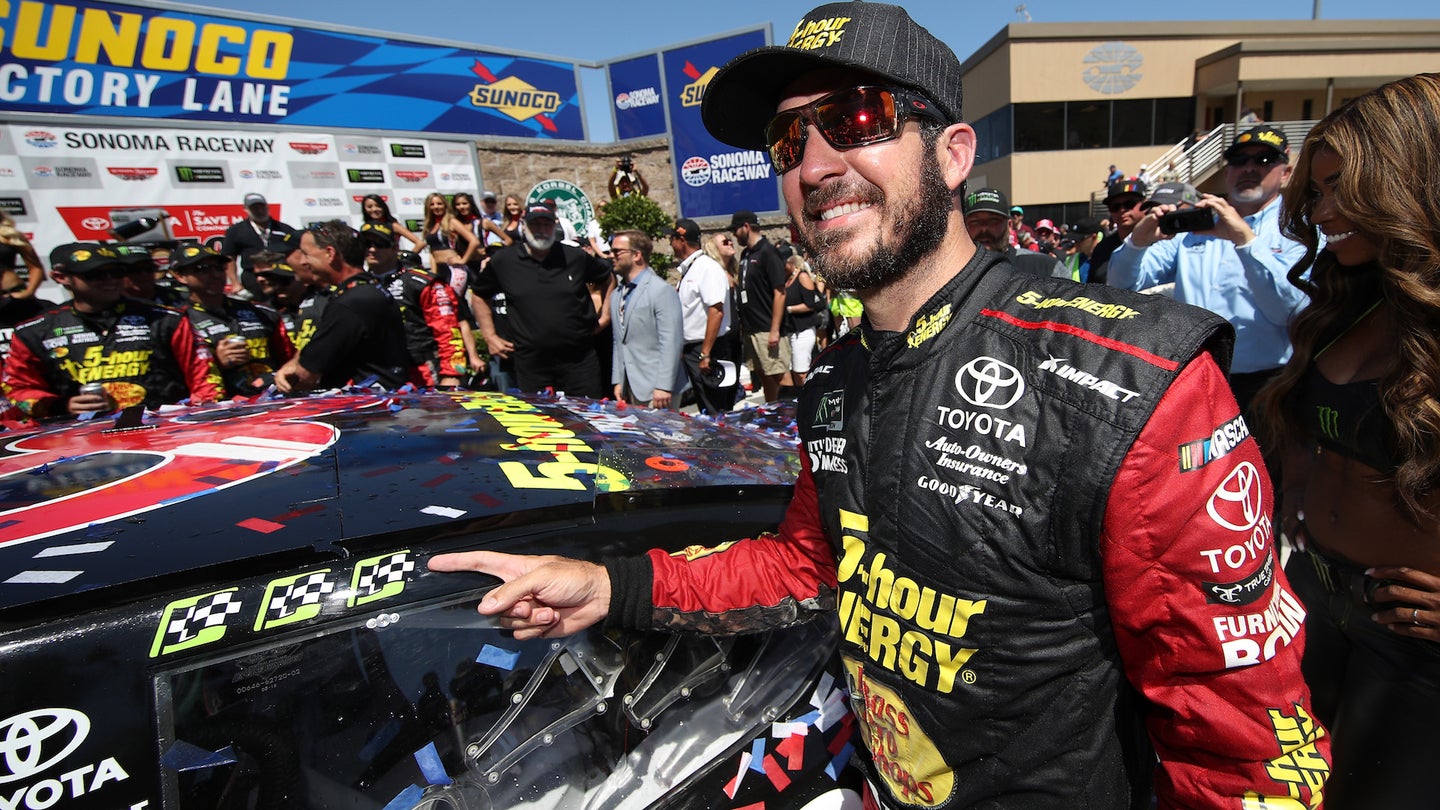 Martin Truex Jr.’s crew chief Cole Pearn snookered his fellow competitors on pit strategy to get the reigning Monster Energy NASCAR Cup Series champion to his third win of the 2018 seaon in the Toyota/Save Mart 350 at Sonoma Raceway on June 23. According to Furniture Row Racing President Joe Garone, his crew chief’s race-winning call came as a result of a blow to the head.

“He probably wouldn’t have made that call if he wouldn’t have been hit in the head,” Garone said in the post-race winning-team press conference.

Pearn used a fake-out to trick other frontrunners into making pit stops earlier than planned while keeping Truex on the track several laps longer. As a result, Truex had significantly newer tires when he finally pitted and was able to quickly overcome a large deficit, take the race lead, and pull away to the win.

“That’s all Cole; that’s all him,” Truex said. “That was amazing. I’m cool with whatever he wants to do. I tell him all the time, like, you know, win, lose or draw, we do it together, and I’ve just got a lot of trust in him. I don’t even say anything when he says pit or don’t pit. I just did what he wants to do, so awesome job by him today.”

According to Pearn, his blow to the head came in a treehouse construction project gone wrong when he and his wife attempted to reset a 4” x 4” corner post.

“I thought my wife had it and she didn’t, and I walked away to get a clamp and she yelled my name and I turned right into it and basically got KO’d by it,” Pearn said. “But yeah, it went right down to my skull, bled a lot, and had to get stitched on the inside, then on the outside. Was back in about an hour, and I worked until about nine o’clock Thursday night, and I finished the stupid thing, so I’m glad it’s done.”

The Sonoma win was Truex’s third of the season, trailing only five-time winner Kevin Harvick and four-race winner Kyle Busch in trips to victory lane. Truex is fifth in the championship points standings, 16 races into the season.