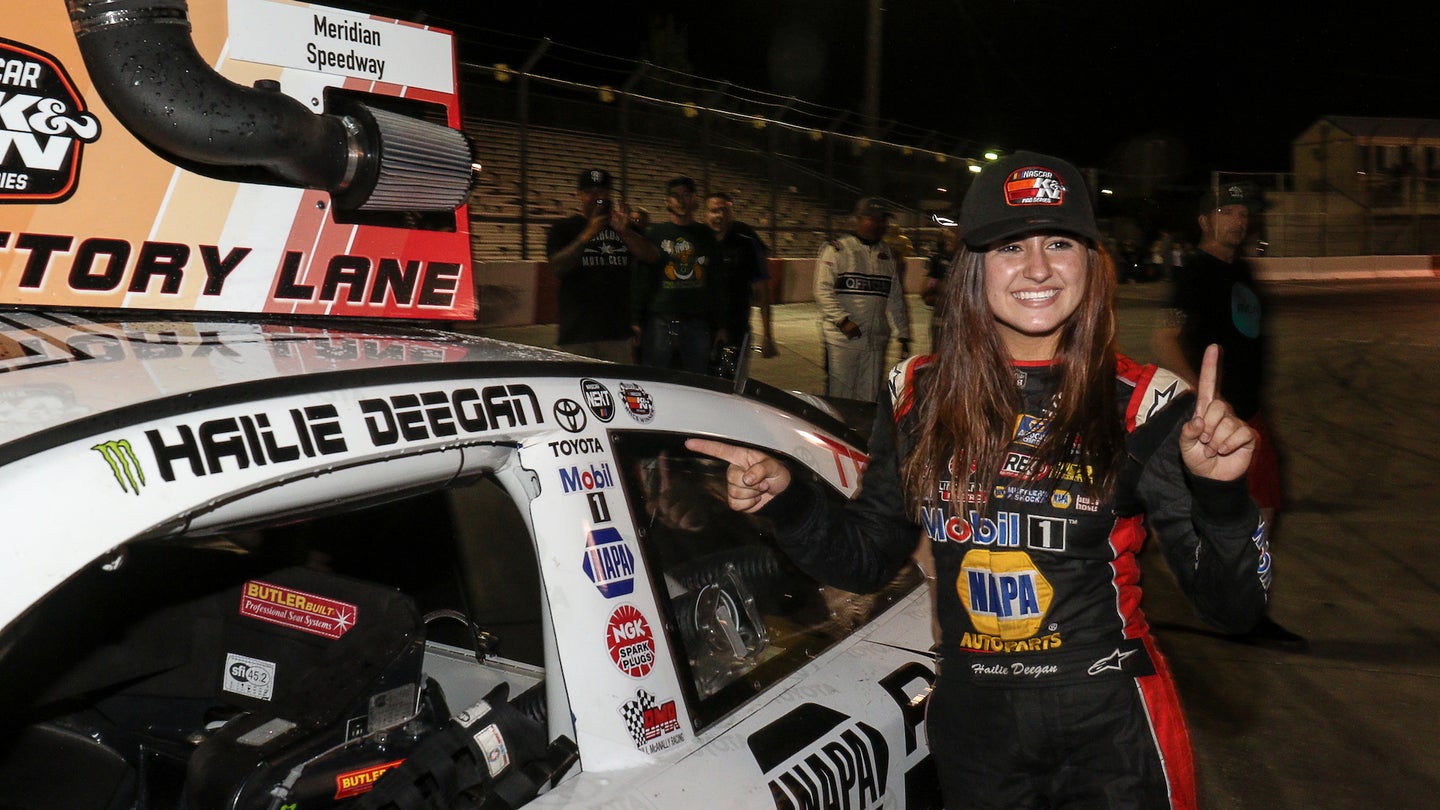 “Oh my god,” Deegan told NASCAR.com. “This has to be the best day of my life right here. It doesn’t get any better than this. People don’t understand how many days, how many hours I’ve put into this. How much work I’ve done to get to this moment. It’s just amazing"

Deegan managed the victory with a pass on McAnally Racing teammate Cole Rouse in Turn 1 of the final lap. After the race, Rouse expressed disappointment in the way Deegan made her race-winning move.

“We were going into turn, and she doesn’t lift and drives into me, gets me completely sideways,” Rouse said. "We were going to win that race if it was run clean, but unfortunately it wasn’t. I’m just going to go into the next two races, not give her any slack, and we’re going to win both of those. It was a good night, but I don’t really care about second, honestly.”

Deegan said after the race she contemplated the maneuver the night before.

“I was in bed last night thinking, ‘If it comes down, last lap, I’m in second, I’m a car length off of him, what am I going to do?’ And I found that turn one spot,” Deegan said. "I knew what exactly I had to do there. I was doing it to some other people just getting right under them to get them a little light to get them, not wrecking loose, nothing crazy, but enough to just get a little under them and make the pass happen. We did that. I knew exactly what I had to do the last lap. I did it; we executed, and we made it happen.”

Deegan’s previous best finishes in the K&N Series West were two runner-ups, including one at the Las Vegas Motor Speedway dirt track. She claimed another piece of series history at LVMS, becoming the first woman to win a pole in the series.

This is Deegan's first season competing in the K&N Pro Series West. She is also racing part-time in the NASCAR K&N Pro Series East. Her best finish in six races in the East Series which, according to popular opinion, has stiffer competition, is a 13th in Memphis, Tennessee.