Brett Moffitt claimed his fifth win of the 2018 NASCAR Camping World Truck Series season Friday night when he took the checkered flag in the Lucas Oil 150 at ISM Raceway. With the win, he became the third driver to take a spot in the playoff championship four for the Nov. 16 season-finale at Homestead-Miami Speedway.

“We just had a badass Kobe Toyopet Tundra,” Moffitt said. “I kind of screwed us by getting a speeding penalty there, but more importantly, it’s Veteran’s Day weekend, and I have to give a shout out to all those who have served and are currently serving. Also, very special to us, we have a steering wheel here, and it’s got Torie Costa Foundation on it, which is Scott Zipadelli’s [crew chief] daughter, who passed away from pancreatic cancer. It was her birthday yesterday, so I’m glad she was in the car with me, and I know this is going to mean a lot to our race team.”

Moffitt also was a stage winner, running up front when the first stage ended on Lap 45. He and Gragson combined to lead the entire stage. Gragson started on the pole and led the first 32 laps of the race before Moffitt took the lead on a Lap 33 restart.

Gragson was second to Moffitt at the end of the first stage, but both drivers had problems on pit road. Gragson pulled into his pit box and stopped too close to the pit wall for his team to properly service his truck. Then, Moffitt was nabbed for speeding.

Harrison Burton won the second 45-lap stage of the race, leading most of the stage after getting up front on pit strategy. Burton was among the drivers who pitted when the yellow flag waved for a three-truck incident involving Jason White, Todd Gilliland, and Tyler Ankrum on Lap 27. Then, when the caution came between the two stages, Burton stayed out to inherit the lead.

John Hunter Nemechek was up front to start the final 60-lap stage of the race, but he spun when his tire went down as he attempted to fend off Grant Enfinger, who was challenging him for the lead. The spin resulted in a caution, and during that caution, Haley’s truck spewed fluid on the track because of a broken oil line. The fluid resulted in a red flag for track cleanup.

Haley wound up with a 24th-place finish.

Gragson took the lead on the restart and was up front for one additional restart with three laps remaining. Moffitt got from third to the lead on the final restart. When the checkered flag waved, Moffitt and Gragson were in the positions they held at the end of the opening stage—Moffitt first and Gragson second.

“I just got run up the hill in turns one and two on the restart, and it was just hard racing, honestly,” Gragson said. “Beating and banging, that’s what ISM Raceway is all about. Main focus was to get to next weekend in Homestead, and obviously, I wanted this win, led a lot of laps early in the race and slid through my pit box and had to restart in the back, just a mistake on my part. We’re on to the next round, and that’s what we came here to do, obviously. Can’t thank all the Safelite AutoGlass KBM guys. They worked their tails off on this Safelite AutoGlass Toyota Tundra, and I’m so thankful. Just a heartbreak, I thought we had it before that caution. It is what it is; we move onto next weekend, and I’ll take second and try to win the next one.”

Enfinger was eliminated from the playoffs, despite a fourth-place race finish. Two-time series champion Matt Crafton also was eliminated after finishing 11th.

The NASCAR Camping World Truck Series will close its 2018 season on Nov. 16 at Homestead-Miami Speedway, where Brett Moffitt, Johnny Sauter, Justin Haley, or Noah Gragson will be crowned series champion. The highest finisher of the four will take the crown. Johnny Sauter is the only championship contender with a win at Homestead, coming in 2011. Matt Crafton is the most recent winner there among the current roster of Truck Series regulars, winning in the 2015 season finale. 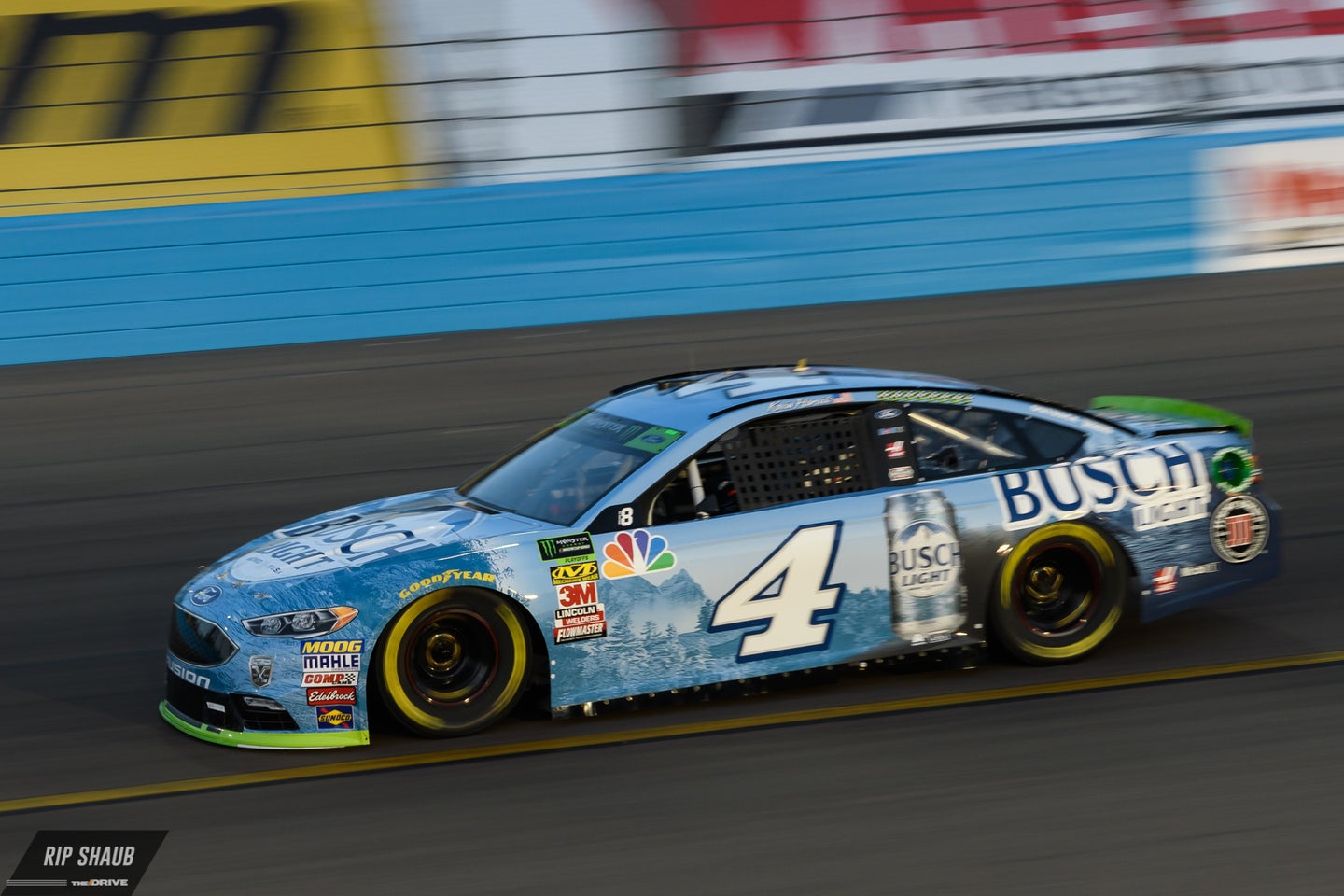 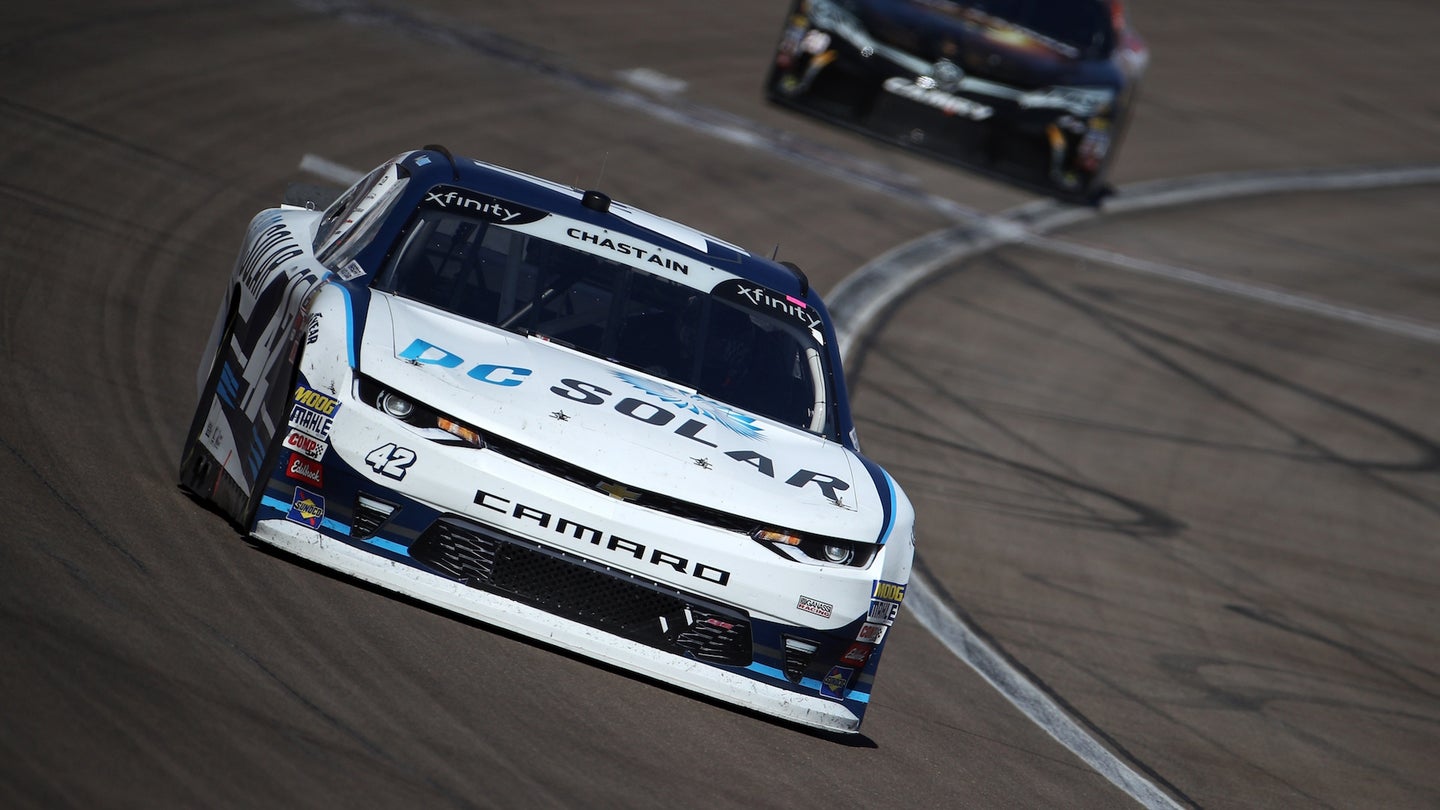 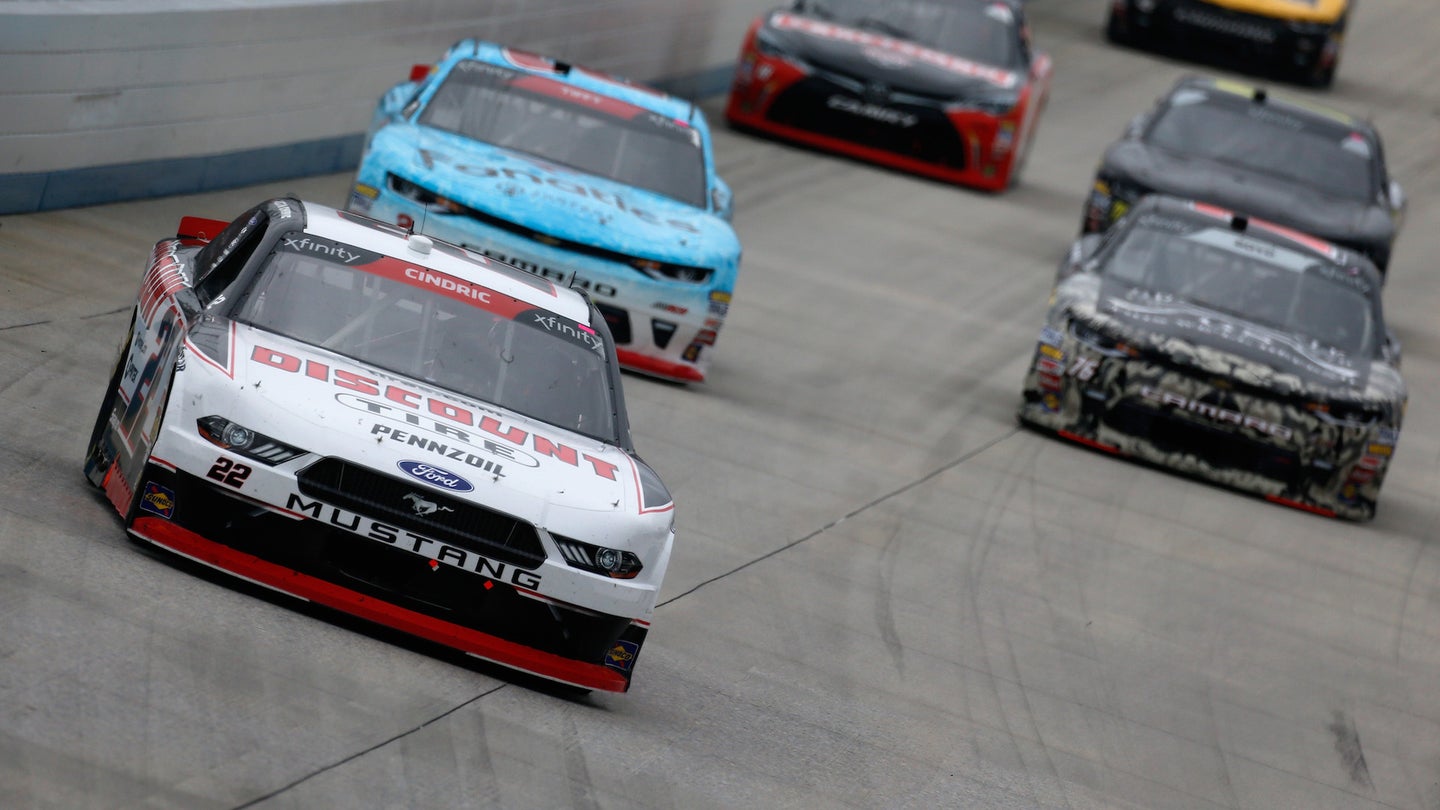 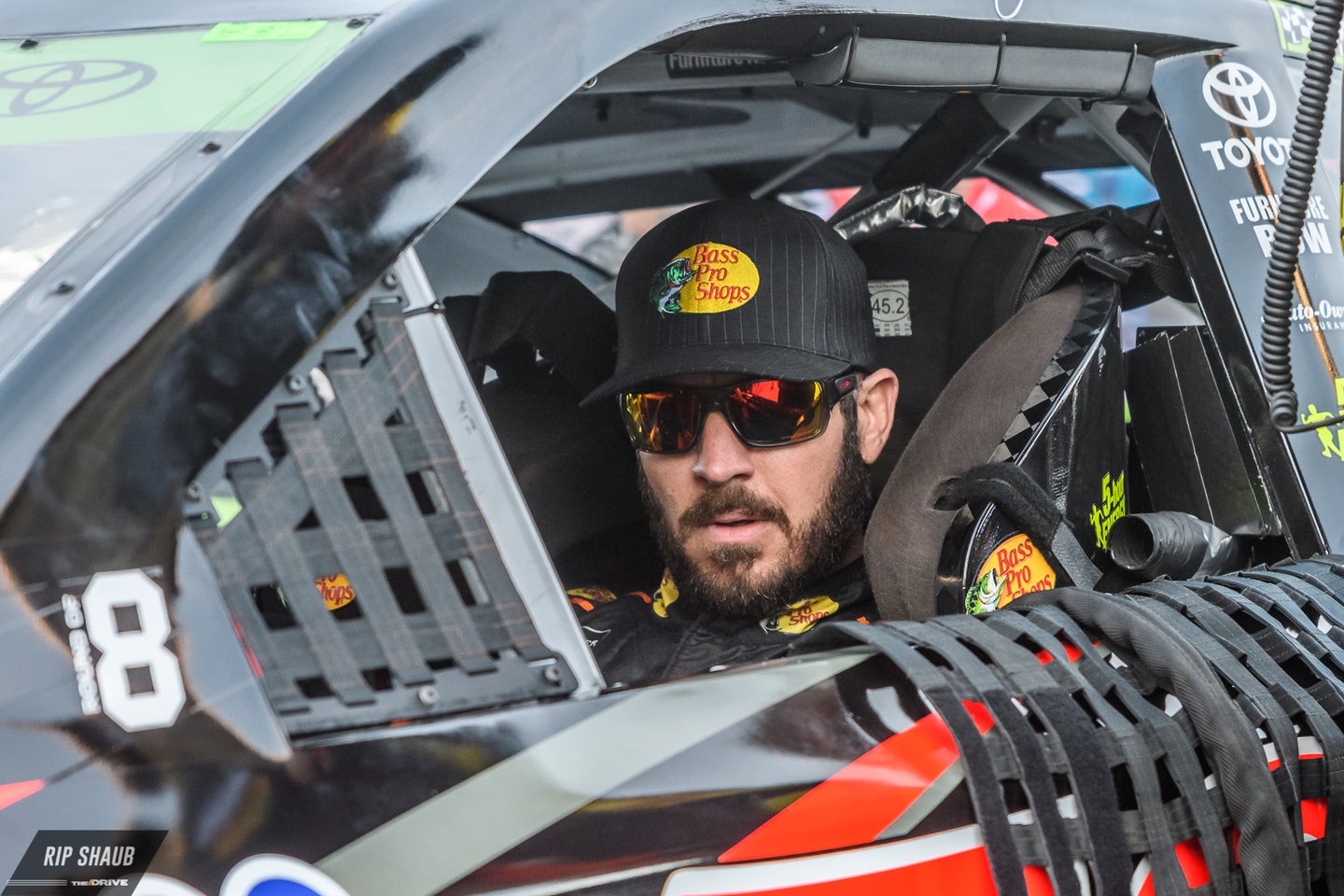 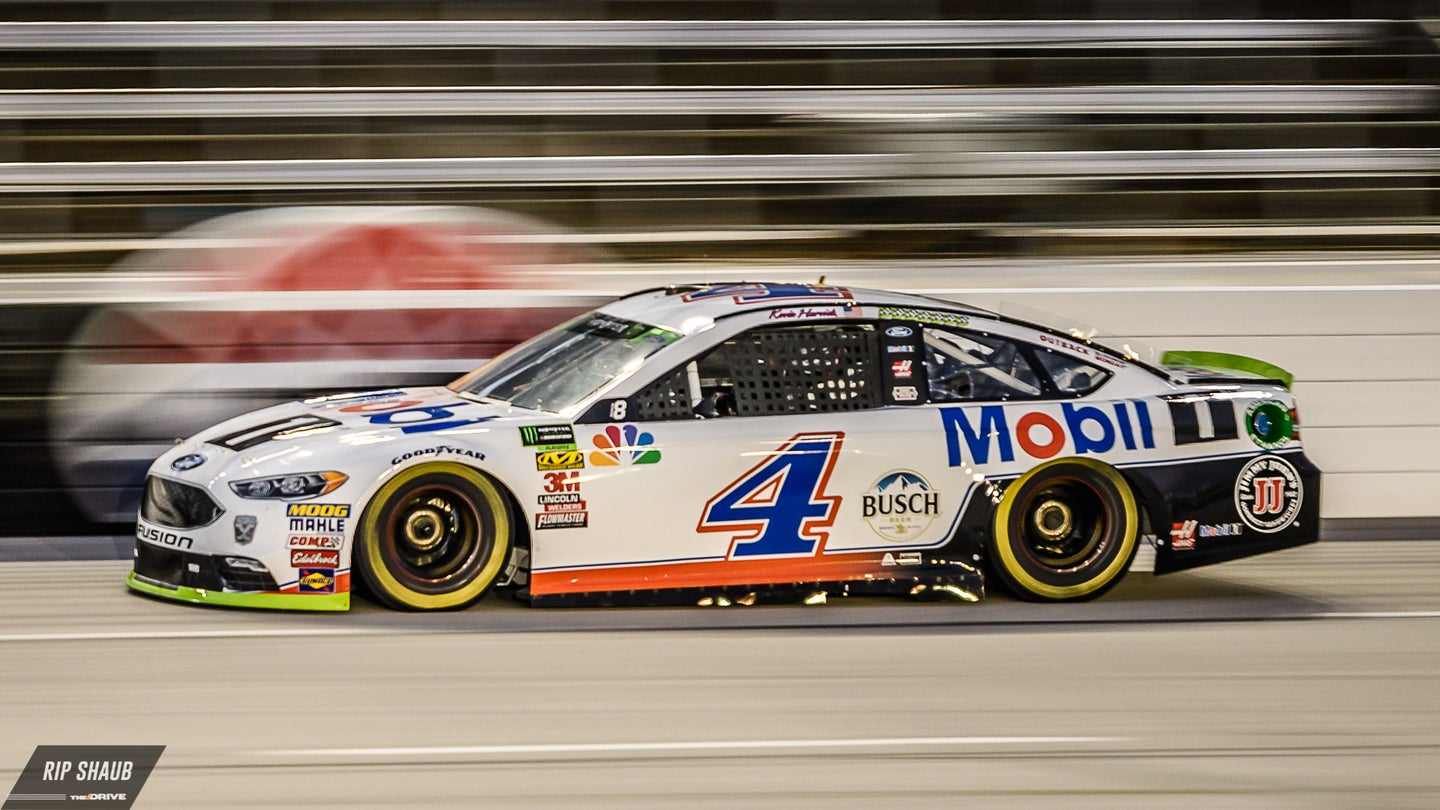