Will we see a repeat winner at Daytona or will the unpredictable superspeedway produce a first-timer? 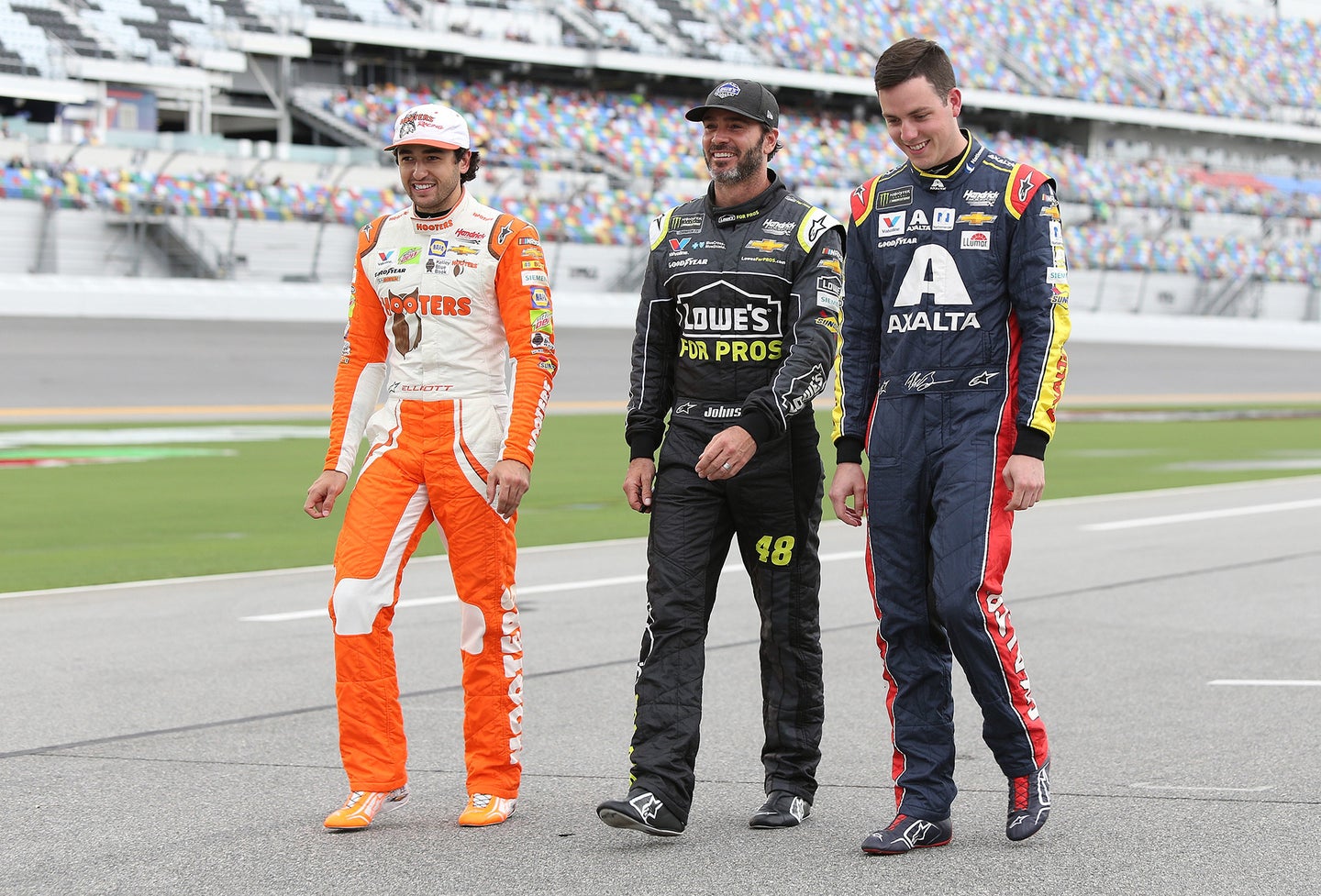 As NASCAR kicks off the month of July, all talk has been about the series' newly crowned Big Three (Kevin Harvick, Martin Truex Jr., and Kyle Busch), Stewart-Haas Racing dominating as a team, and Dale Earnhardt Jr.’s debut in the broadcasters' booth for NBC.

In other news, things are looking good for Hendrick Motorsports for the first time all season as three of its four drivers qualified in the top five for this year's Coke Zero Sugar 400.

Chase Elliott secured the Busch Pole for this weekend's race at Daytona and teammate Alex Bowman will line up next to him on the front row. Elliott has not yet won a NASCAR Cup race; however, it’s the fourth pole of his career and second in five starts at Daytona. Jimmie Johnson, the team's resident veteran, will start from the fourth position. As a result of their stellar outing, a new storyline may be on the horizon for the most historically successful active team in NASCAR. Luck is just as important as skills when racing at the Florida speedway, the World Center of Racing, but the team is off to a great start.

PODCAST: THE BEST RACE OF THE YEAR

Past 10 Winners at Daytona International Speedway

The NASCAR Cup Series started racing at Daytona International Speedway in 1959. Between then and 1971, NASCAR raced three or more times each year at the World Center of Racing. In 1972, the series began racing at the speedway twice a year. The past 10 winners above represent the July race each year.

Dale Earnhardt Jr. calls the July race at Daytona the “fun race.” Unlike the 500, NASCAR’s Super Bowl of racing, the pressure is more relaxed to win the Coke Zero Sugar 400. Fans of restrictor plate racing can all agree on one thing: no matter if it’s the first or second race of the season, the 2.5-mile tri-oval track always produces some exciting action.

There are several active drivers that have joined the “30's Club” at DIS including Matt Kenseth, who has 36 NASCAR Cup series starts at the superspeedway. Kurt Busch and Kevin Harvick have raced at Daytona 34 times while Jimmie Johnson and Ryan Newman also have over 30 starts, each with 33. Jamie McMurray has lined up for a Cup race at Daytona 31 times.

Each member of the club has multiple wins at Daytona except for Kurt Busch and Newman—they only have one NASCAR Cup win there. Johnson is a three-time winner, while Harvick, Kenseth, and McMurray are two-time winners at the track.

With so many winners entered into this weekend's race, should we expect to witness a repeat or will the unpredictable track produce a first-timer?