It’s all about speed at Michigan International Speedway, but will the pole-sitter Kurt Busch win the FireKeepers Casino 400? 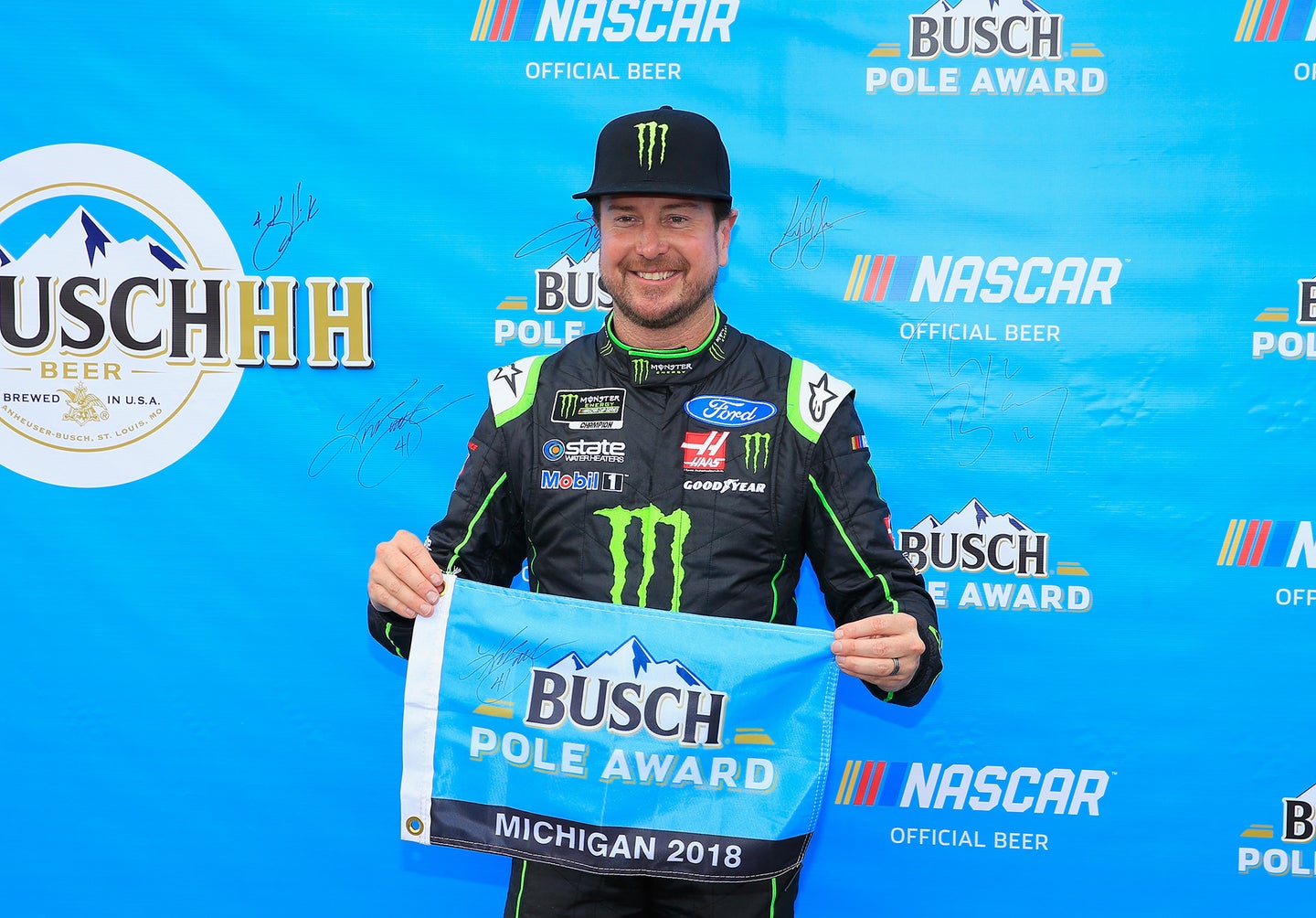 Restrictor plates are not welcome at Michigan International Speedway. As the Monster Energy NASCAR Cup Series prepares to race at the series' fastest track, drivers will turn some of the quickest laps of the season at the two-mile D-shaped oval. The long straightaways and wide sweeping corners allow for blazing speeds. The high banking of the track enables drivers to maintain quickness into the corners. Thanks to a resurface in 2012, with a smoother pavement than most tracks on the NASCAR circuit, the FireKeepers Casino 400 is set to be an entertaining race.

Past 10 Winners at Michigan International Speedway

The Monster Energy Cup Series started racing at Michigan International Speedway in 1969. NASCAR’s premier series races at the Speedway twice a year. The past 10 winners above represent the first race of the year at Michigan.

Jeff Gordon reached a speed of 206.558 mph during qualifying at Michigan in 2014. Records are meant to be broken, but his record appears safe for now. Stewart-Haas Racing driver Kurt Busch was the fastest in qualifying with a speed of 203.361. However, he was over 3 mph slower than Gordon’s record. Gordon set a record, captured the pole, and won the Pure Michigan 400 in August 2014. Can Busch do the same and win the FireKeepers Casino 400?

Harvick’s No. 4 Busch Beer Ford Fusion is ‘Freaky Fast’ every week. Martin Truex Jr. is no stranger to speed either. As of late, Joe Gibbs Racing driver Kyle Busch is in a record-breaking mood and Kyle Larson is on the verge of setting his own records.