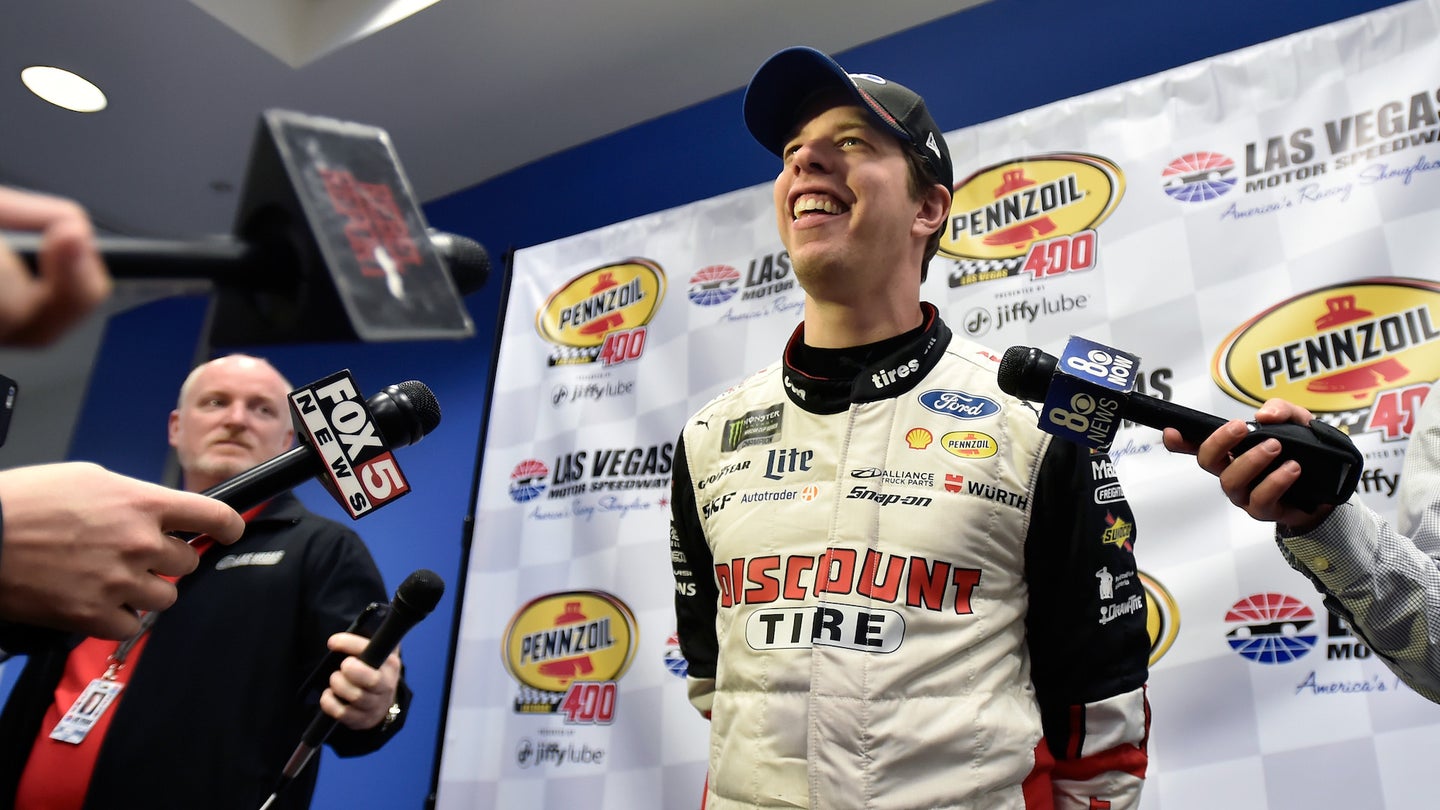 “Brad did not run this exact combination that we’re racing at Michigan,” Goodyear Director of Racing Greg Stucker said during an interview on the “Tradin’ Paint” SiriusXM NASCAR Radio show on Thursday. “He ran the right-side compound by itself with the 2017 compound, the left-side compound. The left-side compound is meant to give a little bit more grip that perhaps we’re taking away with the right side."

Stucker continued, "I hear him. He felt like he was down on grip with that particular run. But he didn’t run the combination as we’re going to have it this weekend at Michigan. I’m hoping once he gets there this weekend he’ll feel that the right side that we ran, combined with that left side, makes for a raceable package. Because all the other guys who ran the right side felt it was at least as good as the tire we raced in 2017 and perhaps even a little bit better.”

Stucker’s statement was a response to a tweet from Keselowski on Wednesday.

Keselowski was one of the drivers who participated in a two-day tire test at Michigan International Speedway in April while preparing for the FireKeepers Casino 400. After the test, Goodyear and NASCAR chose a tire combination aimed at quicker wear and less heat build-up.

“Michigan was paved not too many years ago and the track still has a lot of grip, so we have to be cognizant of that and the speeds the Cup cars are running when we make our tire recommendation,” Stucker said in a press release from Goodyear. “We tested at Michigan this spring with the expressed intent of looking at right-side tire temperatures, and came away with a great compound that will wear more and run cooler. We also were able to update our left-side construction and go with a compound on that side of the car that will wear more as well.”

During his media availability at MIS on Friday, Keselowski continued his stance of non-support for the Michigan tire compound.