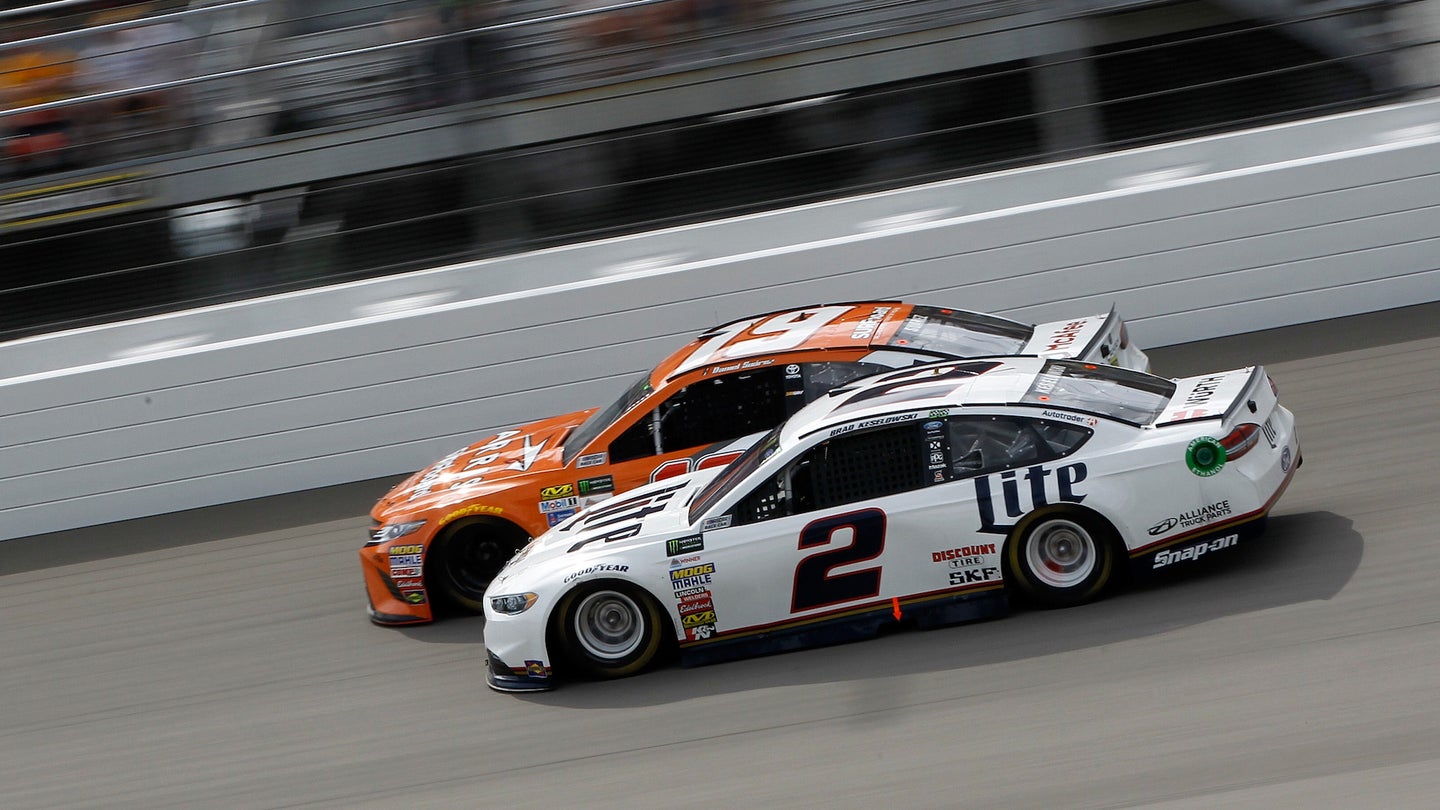 The Goodyear tires on Monster Energy NASCAR Cup Series cars during the FireKeepers Casino 400 at Michigan International Speedway on Sunday will be constructed of a new compound. Rochester Hills, Michigan, native Brad Keselowski, the 2012 premier series champion, isn’t a fan.

The tire for the Michigan race is a result of a tire test, in which several compounds were tested, at the track in April. Keselowski, Aric Almirola, Alex Bowman, Austin Dillon, and reigning series champion Martin Truex Jr. participated in the test. And, according to Goodyear, the Michigan tire was chosen for its increased wear rate and decreased heat build-up rate.

“Michigan was paved not too many years ago and the track still has a lot of grip, so we have to be cognizant of that and the speeds the Cup cars are running when we make our tire recommendation,” Goodyear Director of Racing Greg Stucker said in a press release from the tire company.

“We tested at Michigan this spring with the expressed intent of looking at right-side tire temperatures, and came away with a great compound that will wear more and run cooler. We also were able to update our left-side construction and go with a compound on that side of the car that will wear more as well.”