Brad Keselowski Warns Against Too Many NASCAR Restrictor Plate Races 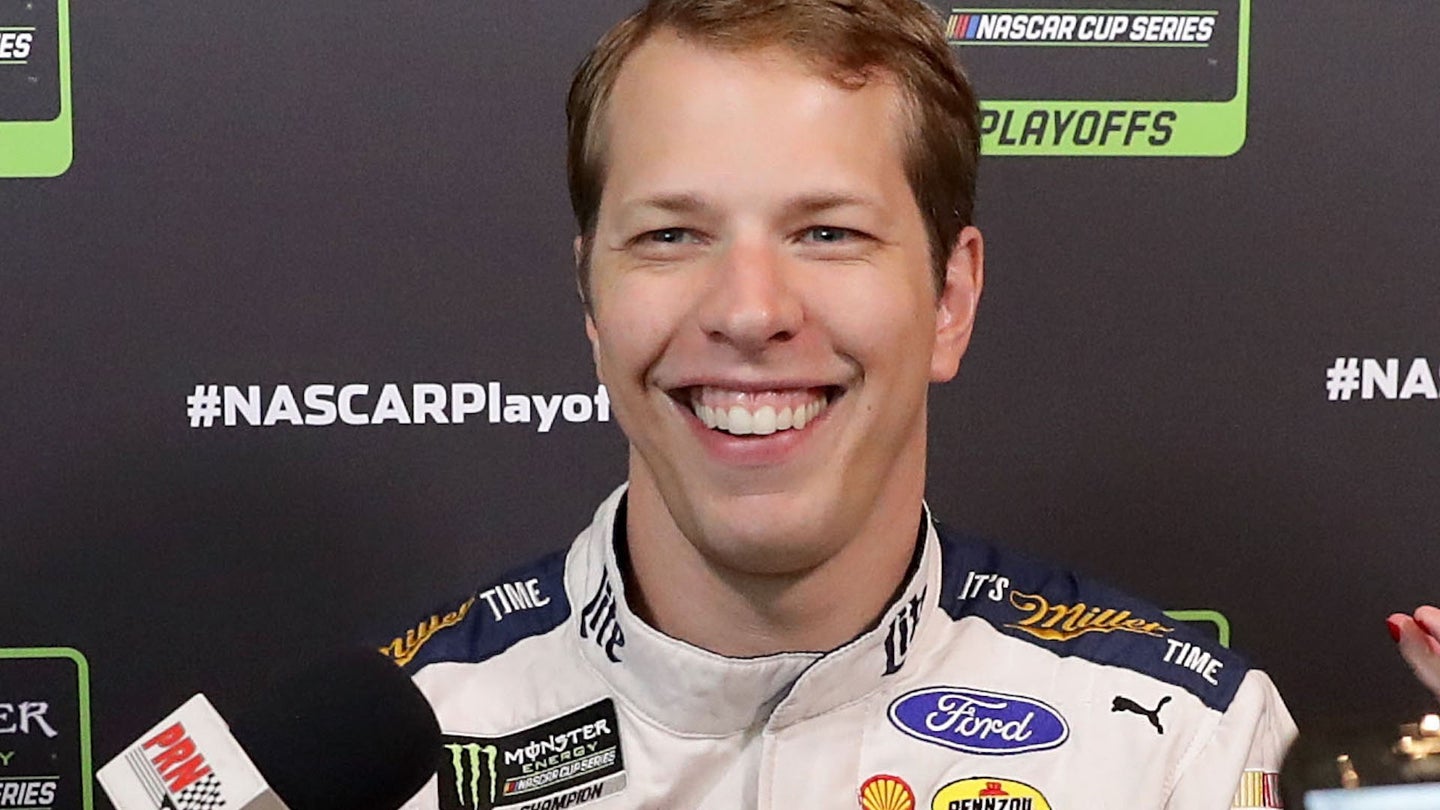 The Monster Energy NASCAR Cup Series returns to action at Sonoma Raceway in California on June 24 for its first road-course race of the season after taking off Father’s Day weekend. Meanwhile, the racing sanctioning body continues to explore the option of running an aerodynamic package that includes a restrictor plate, aero ducts, and a taller rear spoiler at select 1.5-mile and larger tracks in an attempt to improve the quality of racing at those tracks.

“I think they are in the process of that and I don’t think it is concluded,” Brad Keselowski, the 2012 NASCAR premier-series champion, said during his media availability at Michigan International Speedway ahead of the FireKeepers Casino 400. "In fairness to NASCAR, they deserve the time to do that.”

NASCAR tested the aero package in the Cup Series All-Star Race exhibition event at Charlotte Motor Speedway but has yet to mandate it for points-paying races in the series. The package was used, however, by the NASCAR Xfinity Series in the 2017 race at Indianapolis Motor Speedway and for 2018 races at Pocono Raceway and Michigan earlier this month.

Keselowski warned against implementing the rules package for several Cup Series races, claiming it somewhat diminishes the control of the driver and would, as a result, prompt the best race car drivers to look at other outlets to test their talents.

"I think there are a lot of fans that come to our races expecting to see the best drivers,” Keselowski said. "I think if you put a package like this out there, like we had at the All-Star race, on a consistent basis that the best drivers in the world will no longer go to NASCAR. They will pick a different sport. That won’t happen overnight. It would happen over time and be a tragedy to the sport. They want to go where they can make the biggest difference to their performance, and there is, no doubt, that the driver makes less of a difference with that rules package.

Keselowski did applaud NASCAR for its improvement of the All-Star Race with the package, but he thinks it should remain as a package for that exhibition event only.

Richard Childress, a car owner in both the Cup and Xfinity Series, commended NASCAR’s aerodynamic experiment after one of his car’s won the Xfinity Series race at Michigan on June 9.

"My hats are off to NASCAR for looking at different packages for our product out there," Childress said. "Like everything, when you very first start running like this, I'm sure they'll tweak on it a little bit, but I was impressed by how close the field was. I looked up after quite a few laps, and nobody had been lapped.”

Austin Dillon, who won the Xfinity Series race at Michigan but also competes full-time in the Cup Series, claims that driver skill is still necessary to succeed with the package.

“I think there's a lot of driver skill left in it, truthfully," Dillon said. "Just making the right moves, it's a real chess match out there, and putting yourself in a good position is very key."

Cup Series races for which the aero package is reportedly being considered include Kentucky Speedway and the return trip to Pocono next month, the second race of the season at Michigan in August, and the regular-season finale at Indianapolis Motor Speedway in September.