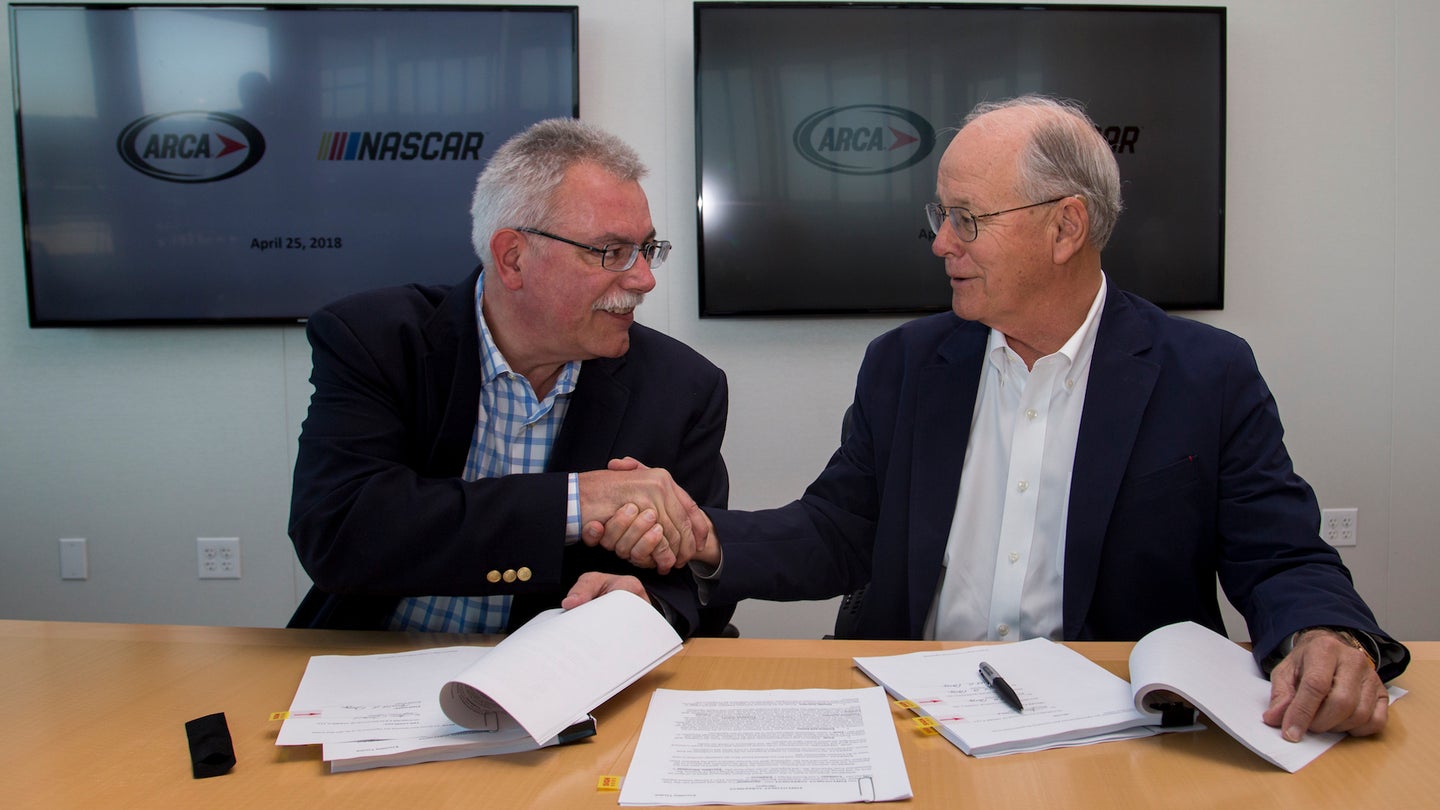 NASCAR has acquired the ARCA Racing Series, another U.S. stock car racing series. The deal was signed Wednesday and announced by NASCAR and ARCA during a press conference at Talladega Superspeedway in Alabama Friday. ARCA and NASCAR’s Monster Energy NASCAR Cup Series and Xfinity Series are parts of a Talladega tripleheader of racing that began with the GT Tire 200 ARCA race Friday and concludes with the Geico 500 for NASCAR’s Cup Series Sunday.

“Our NASCAR family has long had a special connection with our friends at ARCA, and this is a logical step in demonstrating our commitment to the next generation of racers,” NASCAR Vice Chairman and Executive Vice President Jim France said during the press conference to acquisition. “This continues the legacy our sport was built upon and will deliver the great racing our fans expect.”

France was instrumental in the Grand-Am Road Racing and American Le Mans Series merger of 2012.

ARCA is in its 66th season as a stock-car racing sanctioning body, while 2018 marks the 70th anniversary for NASCAR. ARCA and NASCAR have a shared history that includes ARCA founder John Marcum and NASCAR founder Bill France Sr. racing against each other and Marcum working as a NASCAR official before founding his own racing governing body.

“We are proud of the history and tradition of the ARCA Racing Series and the relationship we’ve built over six decades with NASCAR,” ARCA President Ron Drager said. “We look forward to the opportunity to be more fully integrated with NASCAR and help shape the future of our sport.”

ARCA will continue to operate under its current structure through the 2019 race season. Plans for the 2020 season on are unknown, or at least, unannounced.

ARCA’s Midwest Tour isn’t expected to be affected by the NASCAR-ARCA deal, because it is under separate ownership, only sanctioned by the ARCA Racing Series.