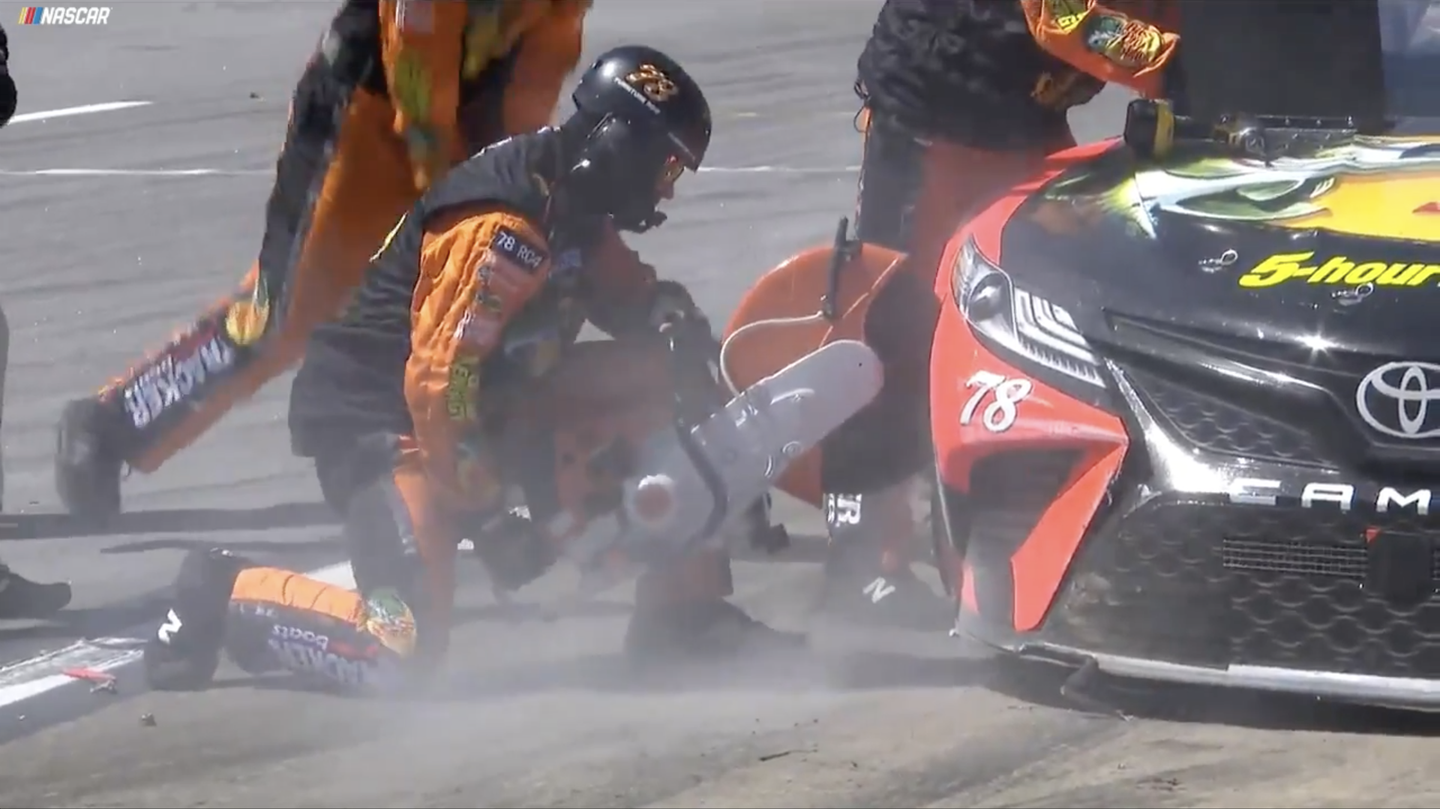 A multi-car wreck on Talladega Superspeedway's back straight caused plenty of mayhem for Martin Truex Jr. during the second stage of Sunday's Geico 500. Last year's Monster Energy NASCAR Cup Series champion was wrangled into the accident after the driver of the No. 20 car, Erik Jones, crashed into Trevor Bayne and surrounding racers which resulted in a chain reaction like we've all seen before at the restrictor-plate track. When he and several others took to the pits for repairs, Truex Jr.'s crew was forced to break out some impromptu methods, one of which included a two-by-four board and a massive concrete cutter.

Damage to Truex Jr.'s front right fender was holding the team back in the pits as they fought the clock to get back on-track. Jones, Bayne, and Kyle Larson were conclusively retired from the race, the latter having run out of time while working to fix his car on pit lane.

The Furniture Row Racing crew was quickly able to jack up the No. 78 Toyota Camry and place the board underneath, raising it high enough in the air to change the tire which was tucked into the fender well. Then, supposedly in efforts of removing a stuck body panel, the pit crew extracted the heavy-metal saw.

Luckily for Truex & Co., the extraordinary maneuver allowed him to hit the tri-oval in time to rejoin the field.

It might not have been "The Big One," but it's certainly a result of what can happen when shit hits the fan at Talladega.

Luck and skills will determine who will win the Geico 500 NASCAR Cup race at Talladega Superspeedway.