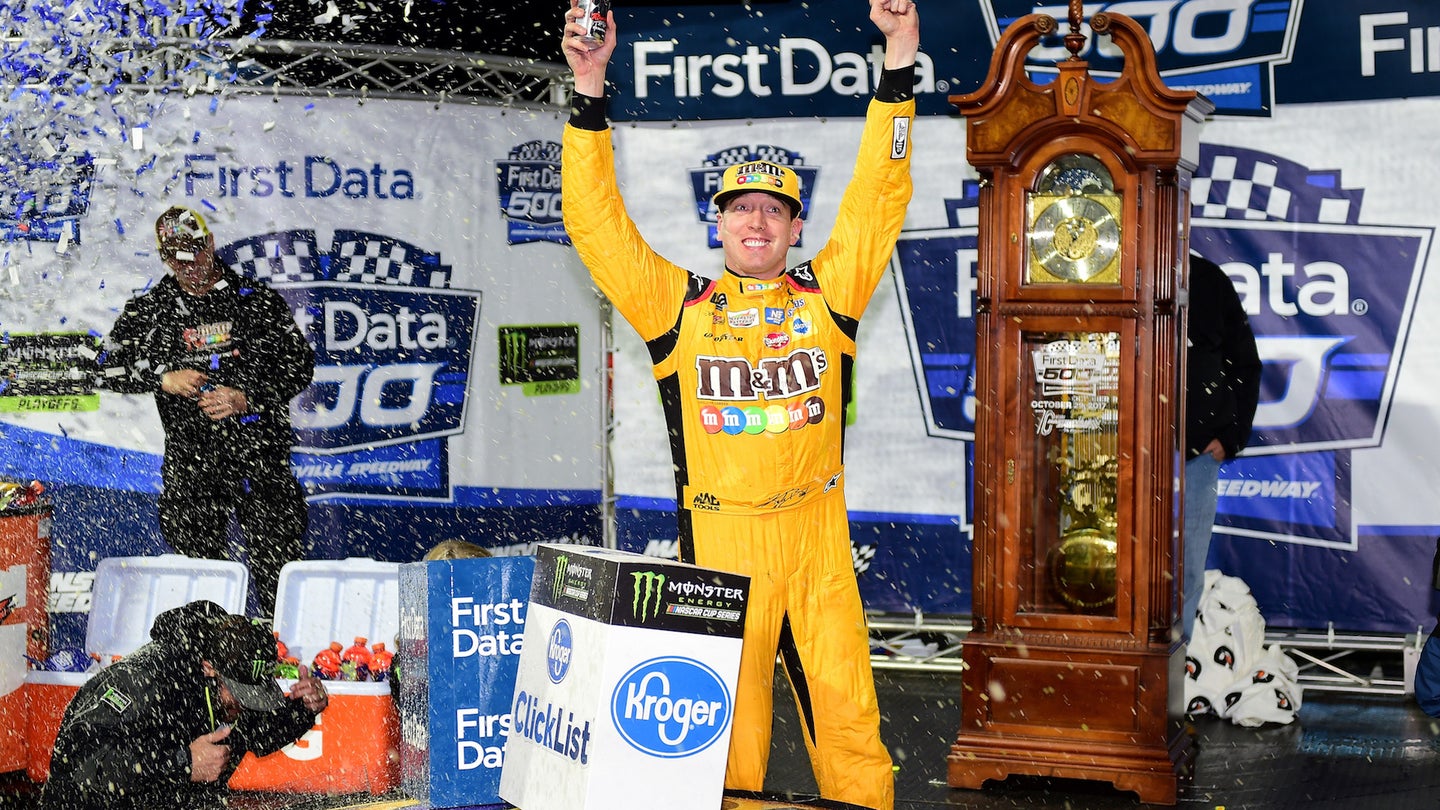 At least one thing has been constant in NASCAR’s 70 years: Martinsville Speedway. The short track in Virginia affectionately known as “The Paperclip” is the one track on the Monster Energy NASCAR Cup Series yearly schedule that has had at least one slot on the schedule since NASCAR’s earliest days. And with age comes tradition. At Martinsville, that tradition is all about grandfather clocks and hotdogs.

Ridgeway grandfather clocks have been awarded as trophies to Monster Energy NASCAR Cup Series race winners at Martinsville since 1964. Track founder Henry Clay Earles began the tradition of awarding the clocks when they were manufactured just three miles down the road from the track. Ridgeway, though, has since moved its operations to Michigan. But the grandfather clock tradition at Martinsville continues.

Richard Petty has 12 of the clocks, but fellow-seven-time Cup Series champion Jimmie Johnson leads the way among active drivers with eight. Brad Keselowski got one of the clocks last year as the winner of the STP 500, and Kyle Busch claimed his second big timepiece there last fall.

“I don’t like to keep trophies at my house, but this one is going to my house,” Keselowski said in victory lane after winning at Martinsville in 2017. “I hope I can add a few more clocks along the way.”

Keselowski and Busch's next chance at another Martinsville-awarded grandfather clock will come Sunday in the 2018 edition of the STP 500.

Another Martinsville tradition competitors and fans alike will take in this weekend will be Jesse Jones hotdogs. The consumption of Jesse Jones hotdogs is an older tradition at Martinsville Speedway than the presentation of Ridgeway clocks, but the famous, or infamous, hotdogs were absent from the track's offerings the last couple of years, replaced by a Smithfield product. Jesse Jones, though, is back for 2018.

The STP 500 at Martinsville Speedway is scheduled for a 2 p.m. ET Sunday green flag. At the race track this weekend? Enjoy a fully-loaded Jesse Jones hotdog with chili, slaw, mustard, and onions and watch NASCAR’s finest battle for a grandfather clock. Stock car racing tradition at its finest.

One of the closest and most memorable finishes in NASCAR history came courtesy of Kurt Busch and Ricky Craven at Darlington Raceway 15 years ago.