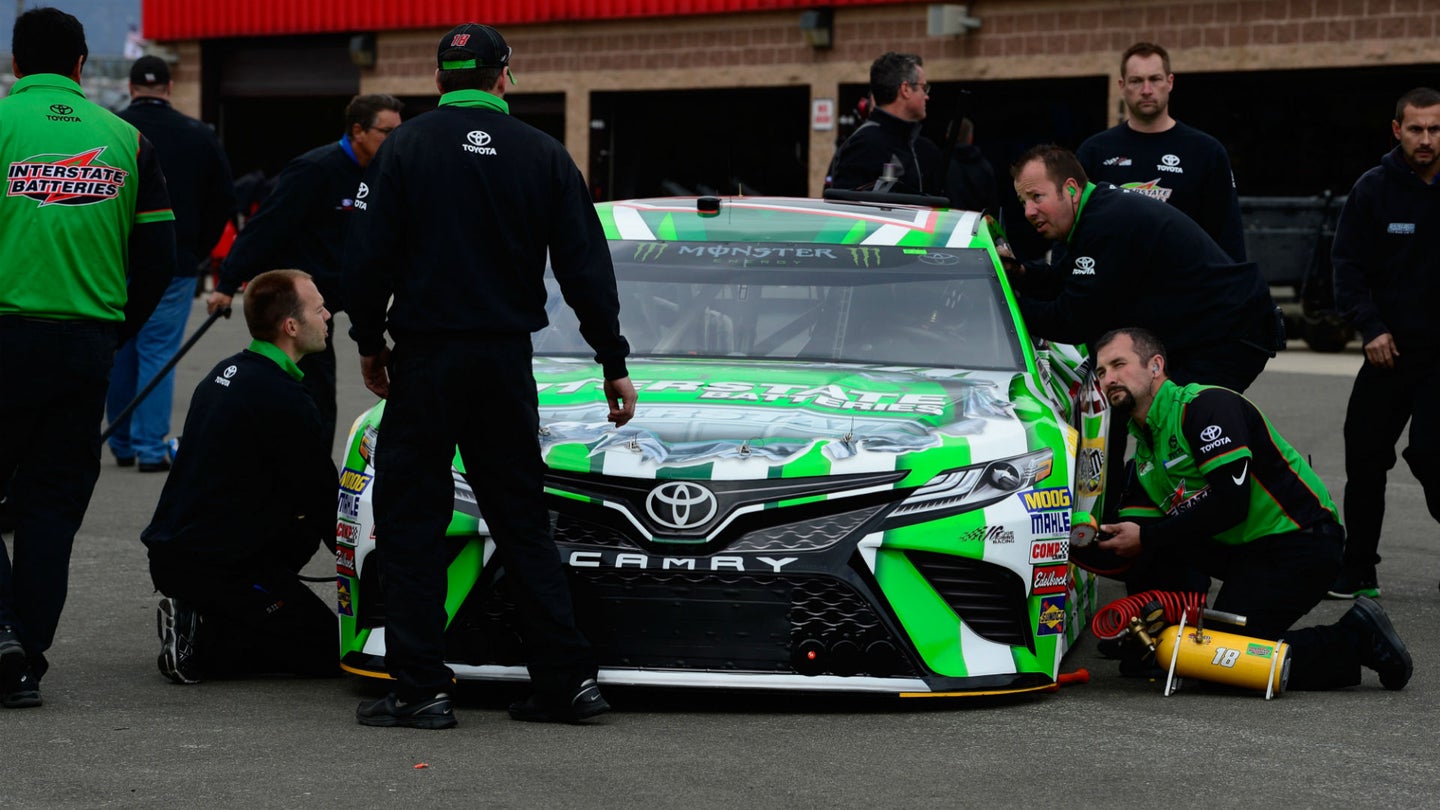 When the NASCAR Camping World Truck Series and top-level Monster Energy Cup teams arrive at the historic Martinsville Speedway this weekend for the ALPHA Energy Solutions 250 and the STP 500, they will be introduced to a new streamlined inspection procedure.

On Monday morning, NASCAR's Senior Vice President of competition Scott Miller joined Sirius XM NASCAR Radio to discuss the new setup which will be implemented starting this Saturday. In the interview, Miller said, "post-qualifying and pre-race inspection are going to be lumped into one major inspection." He then added to the statement by mentioning, "we are actually kind of looking forward to that as a way forward. It would be really good if we could get it down to one major inspection for the weekend."

This decision is obviously in response to the inspection line backlog that happened last week in Fontana, California at Auto Club Speedway prior to the start of the Auto Club 400. As a result, of the 37 racecars that were registered for the event, only 24 cars passed the inspection process prior to the scheduled qualifying time. Martin Truex Jr. would go on to win the pole position for the race. On Sunday, Truex Jr. won the two stages and the overall race in a dominating fashion.

By implementing the new procedure this weekend at Martinsville, Miller hopes that this will streamline the inspection process for the teams while further enhancing the weekend experience for the race fans. The new process should allow fans to see their favorite drivers more on the racetrack rather than in the pit and the garage area.

However, he did mention that the sanctioning body will not be helping the teams make it through the inspection process without issues. During the show, he said that "it's up to the teams really. They know how to do it. It's up to the teams to not create a bad story failing post-qualifying inspection."

Kevin Harvick set an official track record at Fontana recording a 189.066 mph lap on Friday, but can he win his fourth consecutive race this season?