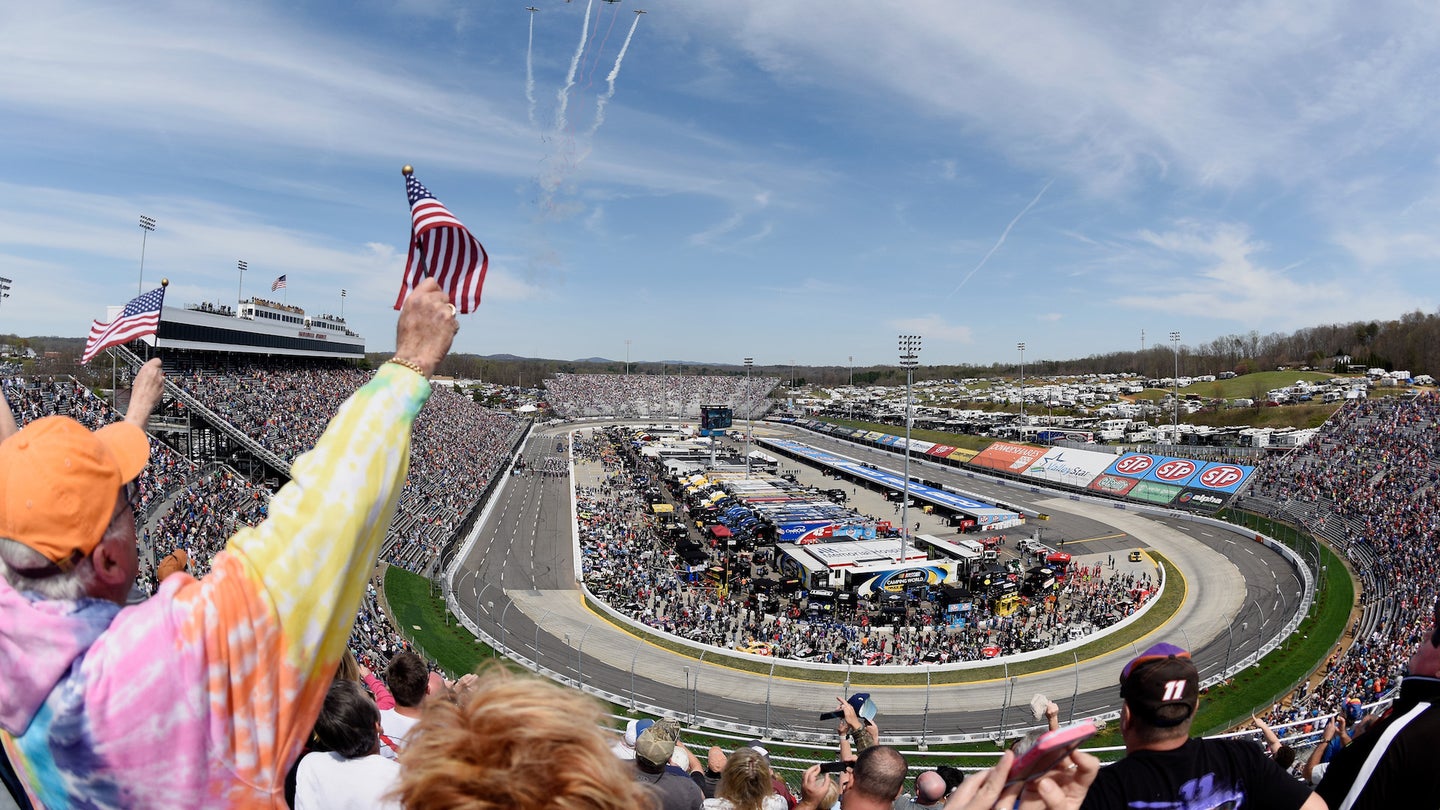 It’s the first weekend of spring and NASCAR is at Martinsville (Va.) Speedway. Bring on the snow.

Rain is expected in Martinsville throughout the afternoon and evening Saturday, changing into snow Saturday night. As a result, up to five inches of snow accumulation overnight Saturday is possible ahead of Sunday afternoon’s scheduled running of the STP 500 for the Monster Energy NASCAR Cup Series. Sunday may turn into a double-duty day of racing at Martinsville Speedway with Saturday’s scheduled NASCAR Camping World Truck Series race, the Alpha Energy Solutions 250, possibly postponed to Sunday following the Cup Series race because of rain and/or snow. The STP 500 is scheduled to take the green flag shortly after 2 p.m. EST Sunday.

NASCAR is ready for the possible weather though as a "snow vacuum" has arrived at Martinsville Speedway from Kansas. The vacuum may be called upon to work throughout Saturday night to keep up with the possible accumulation. Snow showers are expected to end by Sunday morning, but temperatures on race day aren’t expected to get above the low 40s.

Even before the arrival of the “snow vacuum” at least one race team had fun with the weather forecast for the Martinsville race weekend.

“We made some minor tweaks to the No. 3 and No. 31 for the #STP500 this weekend at @MartinsvilleSwy,” read a tweet from the race team (@RCRracing). “This will pass inspection, right @NASCAR.”

The tweet was accompanied by two photos of RCR’s cars transformed into snowmobiles.

The presence of the “snow vacuum” should prevent a repeat of a March weekend 25 years ago in 1993 when NASCAR was at Atlanta Motor Speedway. That race weekend grew into a race week after qualifying went off without a hitch, but snow delayed the green flag of the race until the following weekend.

In the week between qualifying and racing in Atlanta in 1993, most drivers and their team members stayed in nearby hotels, opting not to risk getting stranded somewhere between Atlanta and home base in the Charlotte, N.C., in the mounting snow storm. Then-reigning Cup Series champion Alan Kulwicki stuck around the Atlanta area that week, too. But he stayed at the track, working on his car, wearing his driver’s helmet to shield his face from the wind, according to a USA Today story.

Nothing to the degree of a winter storm is expected at Martinsville. Nonetheless, NASCAR’s ready. Snow? They'll just vacuum that up.