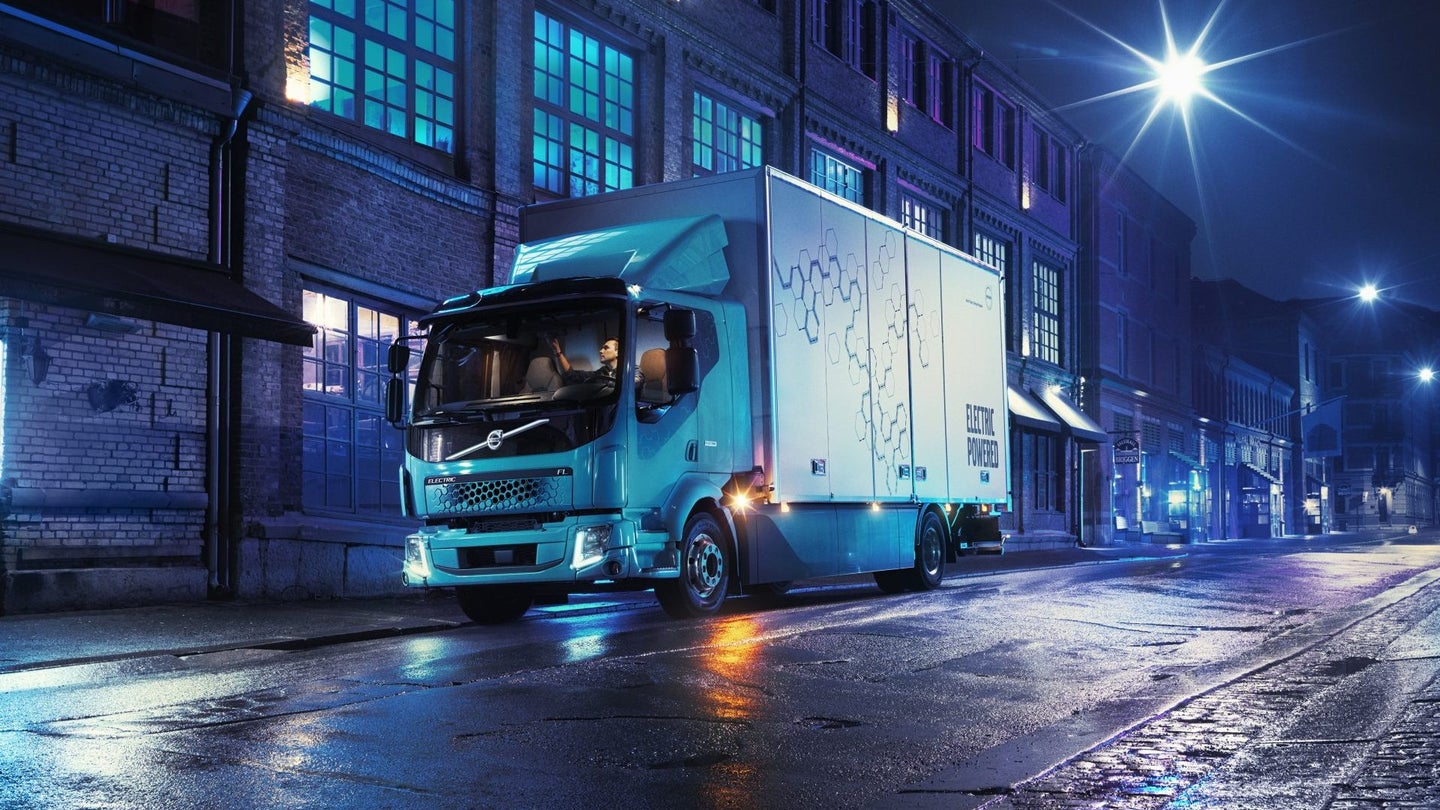 Tesla may draw the most attention in the burgeoning electric commercial truck market, but Volvo's venerable trucking history and exploration of electric vehicle technology puts it in a strong position to compete with the American upstart. Sweden's best-known commercial truck producer expressed an intent to sell electric trucks in the United States earlier this year, and on Thursday, its inaugural electric commercial vehicle was unveiled.

The FL Electric, as it is named, is intended for short-range urban use, with waste management posited as an industry for which the truck may find use. Gross vehicle weight is a stated 16 tons, and range varies with battery size with options ranging from two to six packs of 50 kilowatt-hours each. At its maximum capacity with six batteries, the FL Electric is capable of a 300 kilometer (186 mile) range from a 300 kilowatt-hour power pack, which can be charged from empty to full in less than two hours on a DC charger, and overnight in 10 hours on an AC charger.

Continuous output is rated at 130 kilowatts (174 horsepower) and 425 newton-meters (313 pound-feet) of torque, though the engine is capable of 185 kilowatts' output (248 horsepower). Through its transmission and rear gearing reduction, torque at the drive axle can be as high as 16 kilonewton-meters.

Sale of the FL Electric is planned to start next year in European markets, and the first customers have reportedly lined up already.

Though Volvo will not compete on many of the same grounds as long-haul-focused Tesla with its semi, Volvo will face competition from Mercedes-Benz, whose eActros electric truck begins commercial trials later this year, though their dissimilar gross vehicle weights may encourage the development of distinct customer bases, with little overlap.

The Drive probed Volvo for information on whether the FL Electric would be sold stateside, or if further electric commercial vehicles would be announced by the brand before said truck goes on sale.

"The Volvo FL is not a model we currently sell in North America, and for competitive reasons we can’t detail our future product plans for this market," stated Brandon Borgna, of Volvo Trucks North America. "I can tell you that work toward commercialization of electric Volvo trucks in North America is ongoing as advancements in battery technology accelerate viability for North American duty cycles and energy demands for a broad range of applications."