Sweden Modified Road to Charge Electric Vehicles on the Go

But vehicles need to be modified, too. 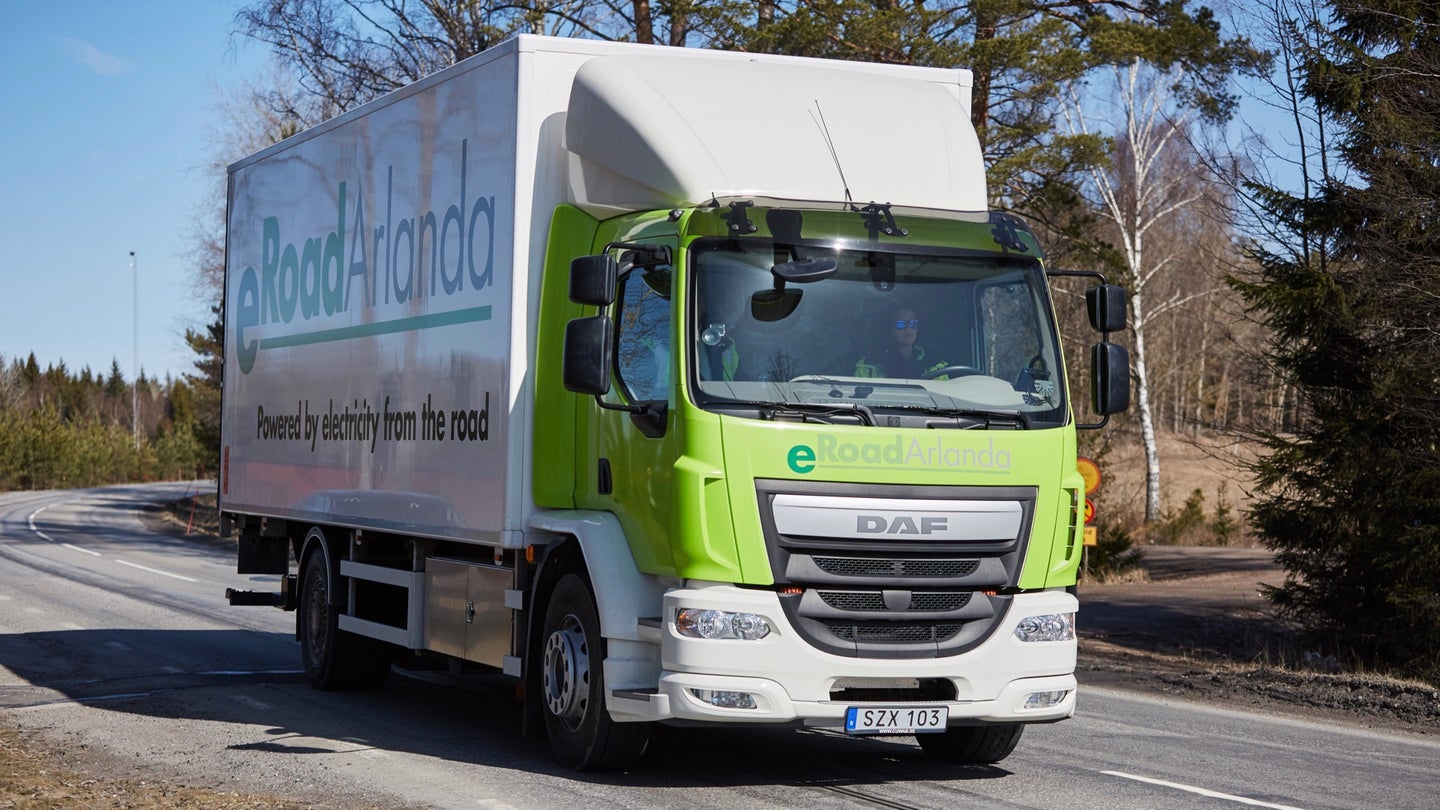 Instead of sitting around waiting for your electric car to charge, wouldn't it be great to charge while driving? That's now possible in Sweden, sort of. Swedish authorities have modified about 2 kilometers (1.2 miles) of road to charge moving vehicles, reports The Guardian, but said vehicles have to be equipped with a special arm that contacts a rail and transmits electricity.

The system is similar to the third rails used by electric trains or, to use a more pertinent example, the electrified grooves in slot-car tracks. The system automatically monitors how much power is consumed in order to bill users later.

Sweden has about 500,000 km (310,685 miles) of roads, but only 20,000 km (12,427 miles) are highways, according to eRoadArlanda, the consortium behind the electrification project. Since the average distance between highways is relatively short, only the highway portions would need to be modified to create an affective electric-vehicle charging system for the country, eRoadArlanda told The Guardian.

This isn't the first time Sweden has experimented with charging for moving vehicles. Two years ago, Siemens and Scania installed overhead wires on a stretch of road. Trucks were equipped with pantographs, another technology borrowed from electric trains, which contacted the wires and transmitted the electricity.

Both projects use trucks as test vehicles, indicating Sweden's interest in putting electric trucks on its roads. Range is even more of an issue with electric commercial trucks than passenger cars because truckers have to maintain schedules. But so far, despite promises of long-haul electric trucks from Tesla and others, no comprehensive plan for charging infrastructure has been put forth. It's more likely that the first electric trucks will be used for shorter hauls that allow them to stay closer to terminals with charging stations.