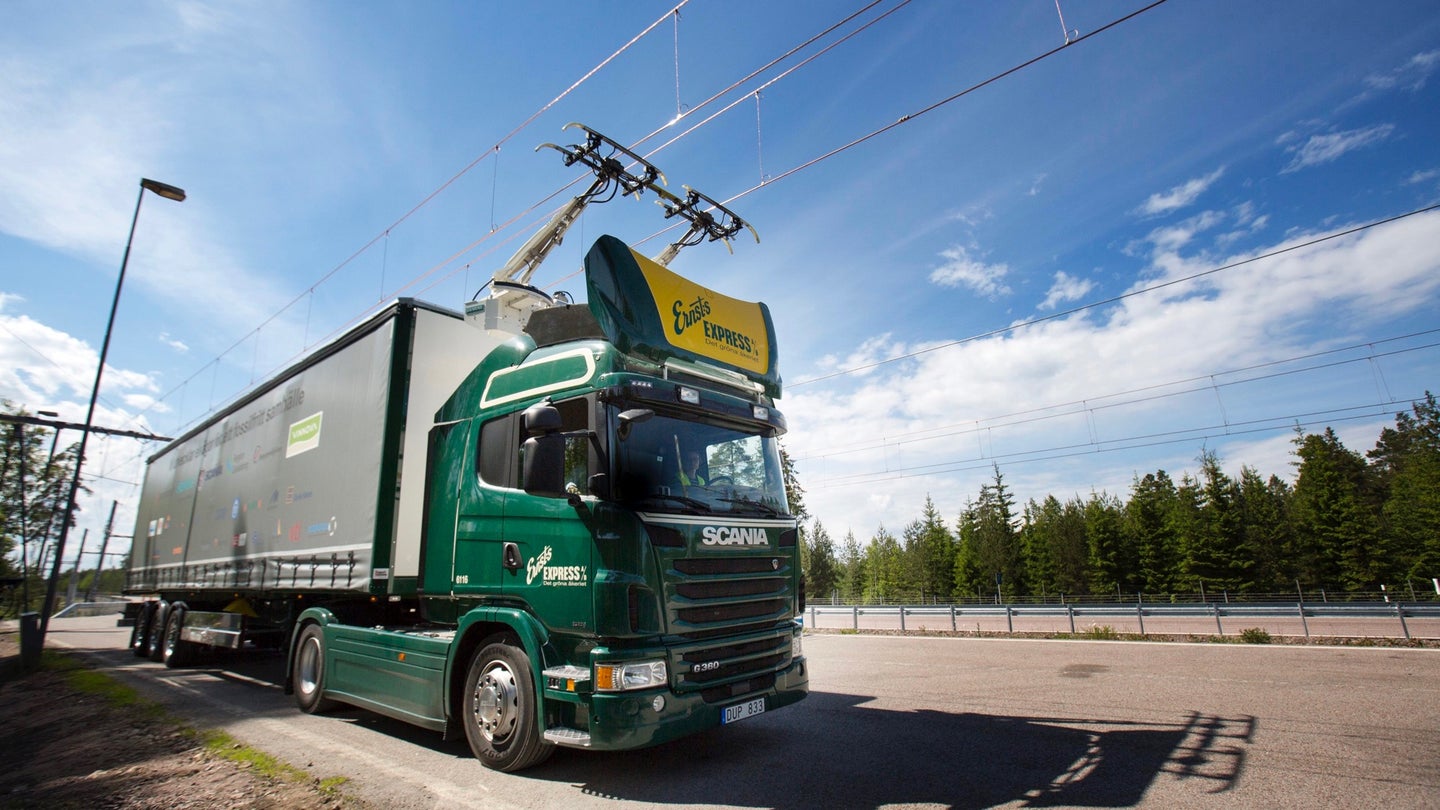 Giving electric trucks enough juice to drive long distances has been a persistent problem, so Volkswagen is taking some inspiration from railroads by using overhead wires to power prototype trucks. VW will partner with Siemens on a pilot project set to start in early 2019.

Volkswagen will supply trucks from its Swedish Scania division, while Siemens will build the hardware to collect electricity from overhead wires. Called a pantograph, it's similar in concept to the devices used by electric trains to draw power from overhead wires, known as catenary in the railroad industry.

The pilot project will use two hybrid Scania trucks, with researchers monitoring how often they are able to operate on electric power alone. Tests will take place on sections of Germany's A5 autobahn south of Frankfurt, followed by sections of the A1, near Lübeck, as well as the B442 highway near Gaggenau.

Drawing power from overhead wires means trucks won't need large onboard battery packs. But it also requires an expensive infrastructure investment. That's why electrification of rail lines is largely limited to the relatively short routes within European countries and Japan, as well as key U.S. routes like the Northeast Corridor linking Boston and Washington, D.C.

Still, this isn't the first test of overhead wires and electric trucks. Two years ago, Siemens and Scania strung wires over a stretch of road in Sweden (pictured above) to test the concept. The Swedes have since moved on to testing electric trucks that draw power from an electricity-conducting rail embedded in the road.

Electric trucks that draw power from external sources are still far from a commercial reality. The first production long-haul electric trucks will go the more conventional route of using large battery packs to achieve sufficient range. Established firms like VW, Daimler, Volvo Trucks, and Navistar have all expressed interest in electric trucks, even though the Tesla Semi has gotten the lion's share of attention.