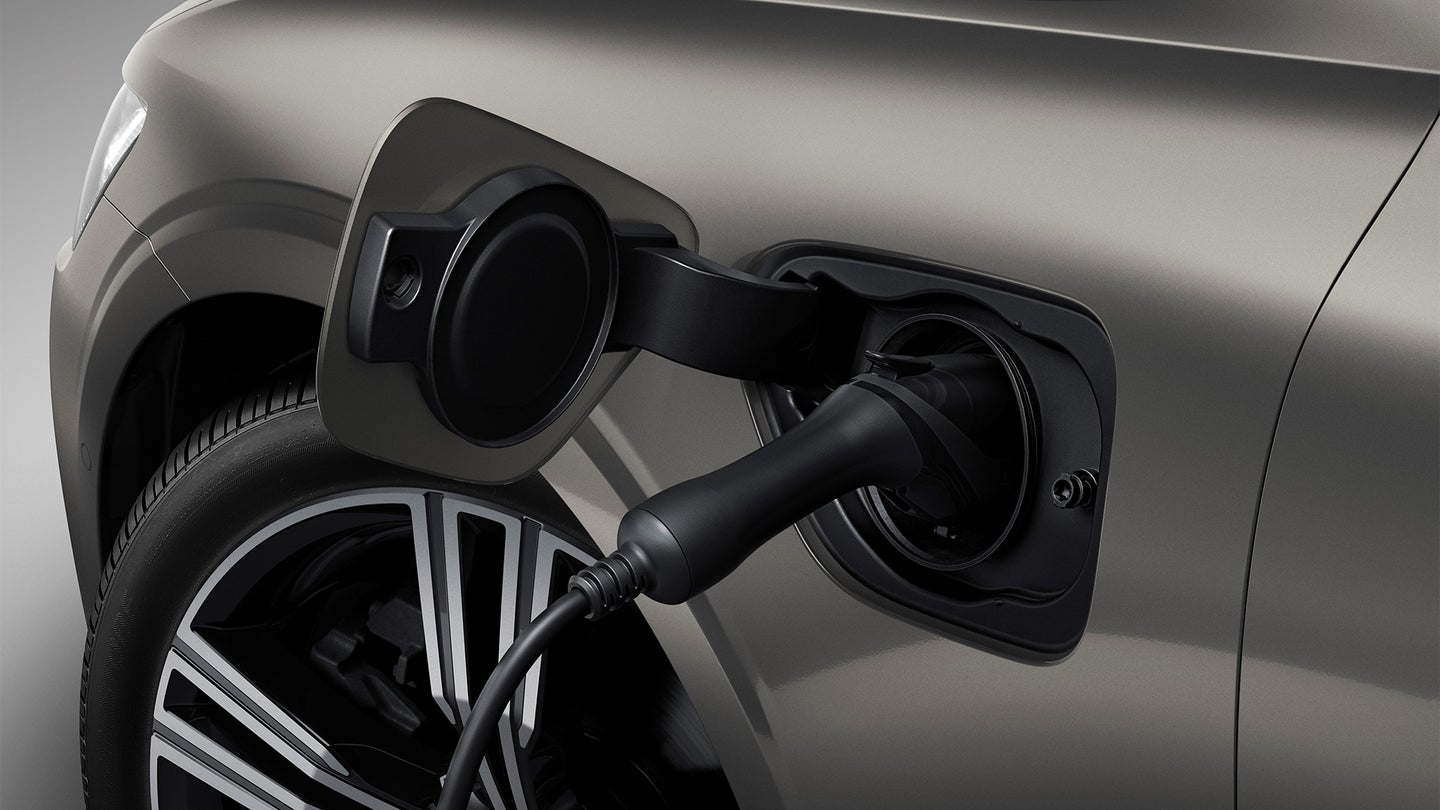 Last year, Volvo made something of a stir in the broader news arena when the Chinese-owned Swedish carmaker announced all its new vehicles would be equipped with electrified powertrains starting in 2019. Of course, as experts such as The Drive's own Lawrence Ulrich were quick to point out to in response to the bombastic, borderline-misleading general media reaction, Volvo's announcement didn't mean the company was transforming itself into a direct Tesla competitor; it simply meant every new model would be equipped with some form of electrification....including a 48-volt mild hybrid setup that would drive more like conventional ICE vehicles than Chevy Volts.

Then again, Volvo's plans may indeed be more ambitious than we cynical auto writers first thought. According to Volvo Cars CEO Håkan Samuelsson, the carmaker intends for half its cars to be electric vehicles by 2024—just five years after Volvo's first EV hits the market.

"Half [will be] fully electric, and the rest hybrid," Samuelsson said to The Drive during a roundtable interview at the Geneva Motor Show.

That is, Samuelsson added, if consumers decide electric vehicles are up their alley en masse. "Ultimately it’s the customer that will decide," he said. "We will be flexible."

"But something like [electrification], we must believe in,” he said.

Electric cars weren't the only future-facing topic Samuelsson broached during the interview. The CEO also spoke about Volvo's plans for self-driving cars—in particular, its plans to skip over one step in the traditional SAE autonomy ladder.

“We think Level 3 would be dangerous,” he said, as drivers don't know if and when they can depend on it, the CEO said.

But truly autonomous vehicles remain a priority, as senior vice president Lex Kerssemakers said during the same roundtable interview. “We need autonomous drive,” he said, to meet the company's goal of eliminating deaths and serious injuries in new Volvos by 2020. But when it comes to self-driving Volvos, he added, the company doesn't intend to rush the technology out the door before it's ready in the name of meeting a timeline. “We have always been very cautious about when," he said. "If it’s 2020, it’s 2020. If it’s 2021, it’s 2021.”

In the meantime, the company will continue to market its semi-autonomous features—but, according to the CEO, it will work to make sure customers understand the difference between those advanced safety systems and the fully self-driving vehicles currently in early testing.

"We are stressing the difference between unsupervised and supervised [driving]," Samuelsson said. “We should be very careful in not overselling it as some sort of autopilot.”