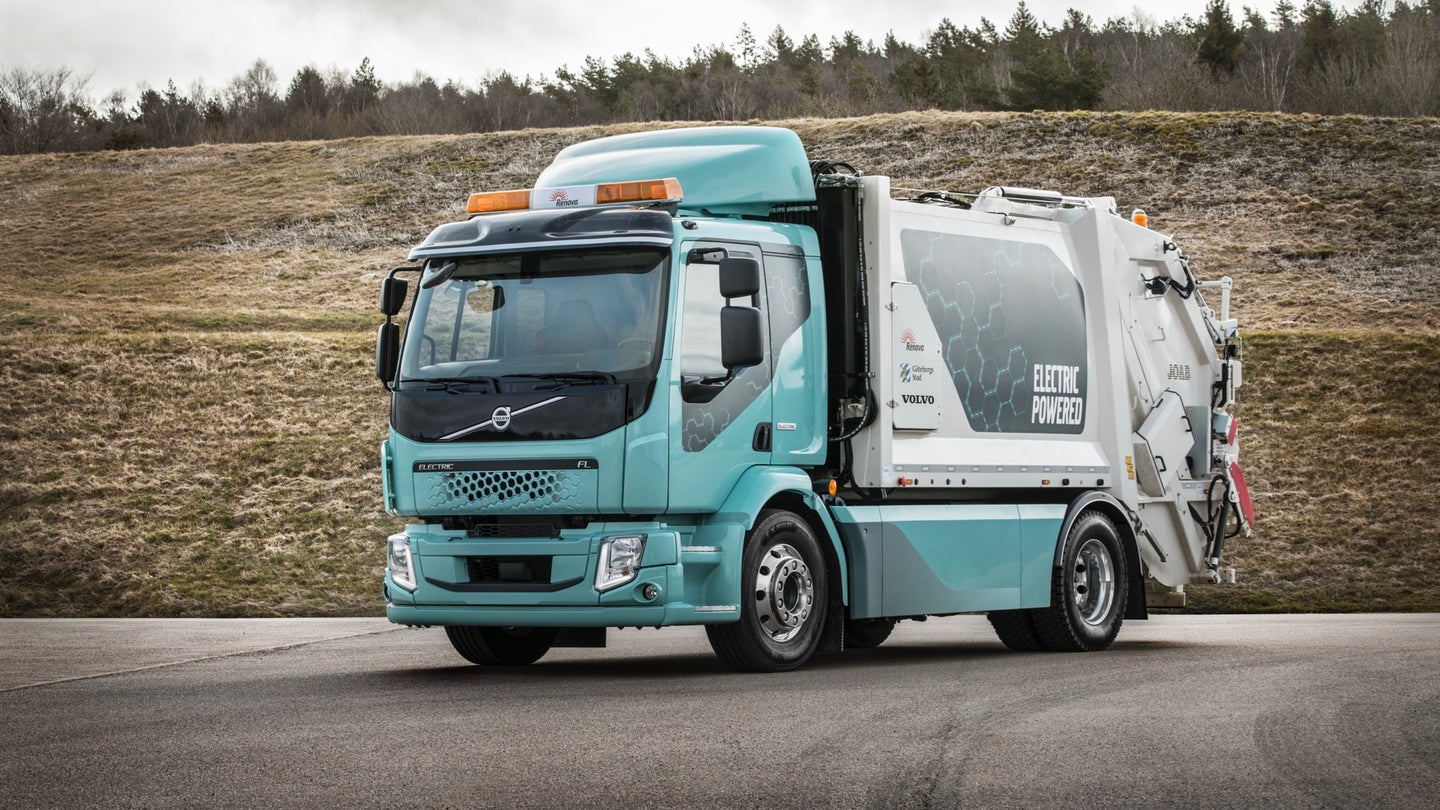 Volvo Trucks plans to sell electric trucks in North America beginning in 2020, reports Reuters. The company (which is a separate entity from the automaker of the same name) has signed an agreement with California to demonstrate the vehicles.

Under the agreement, Volvo will deploy eight "multi-configuration" Class 8 trucks as demonstrators, as well as 15 "commercial and pre-commercial" models in California's South Coast Air Basin. The California Air Resources Board has awarded $44.8 million to the project. A Volvo spokesperson told Reuters that the company will invest $36.7 million within the next couple of years. Volvo has discussed selling electric trucks in North America before, but this is the first time it has mentioned a specific timeline.

Volvo unveiled its first electric truck, the FL Electric, earlier this year. That model has already confirmed for Europe, but Volvo might bring different electric trucks to North America. The Class 8 trucks mentioned in Volvo's announcement are larger vehicles like the Freightliner eCascadia expected to enter production in 2021, or Tesla's much-discussed Semi. Volvo will not offer further details on the trucks it will deploy in California at this time.

When it comes to commercial vehicles, electrification looks set to get a quicker ramp up than it has with passenger cars. In addition to Tesla, Volvo and Freightliner parent Daimler, Volkswagen and Navistar have expressed interest in electric trucks. Startups such as Thor Trucks and Nikola Motors—which is planning a hydrogen fuel-cell semi truck—are emerging as well. Given the massive amount of carbon emissions produced by commercial vehicles, that can only help combat climate change.