The German auto group makes a big-time investment in future mobility for its Mercedes-Benz and Smart brands. 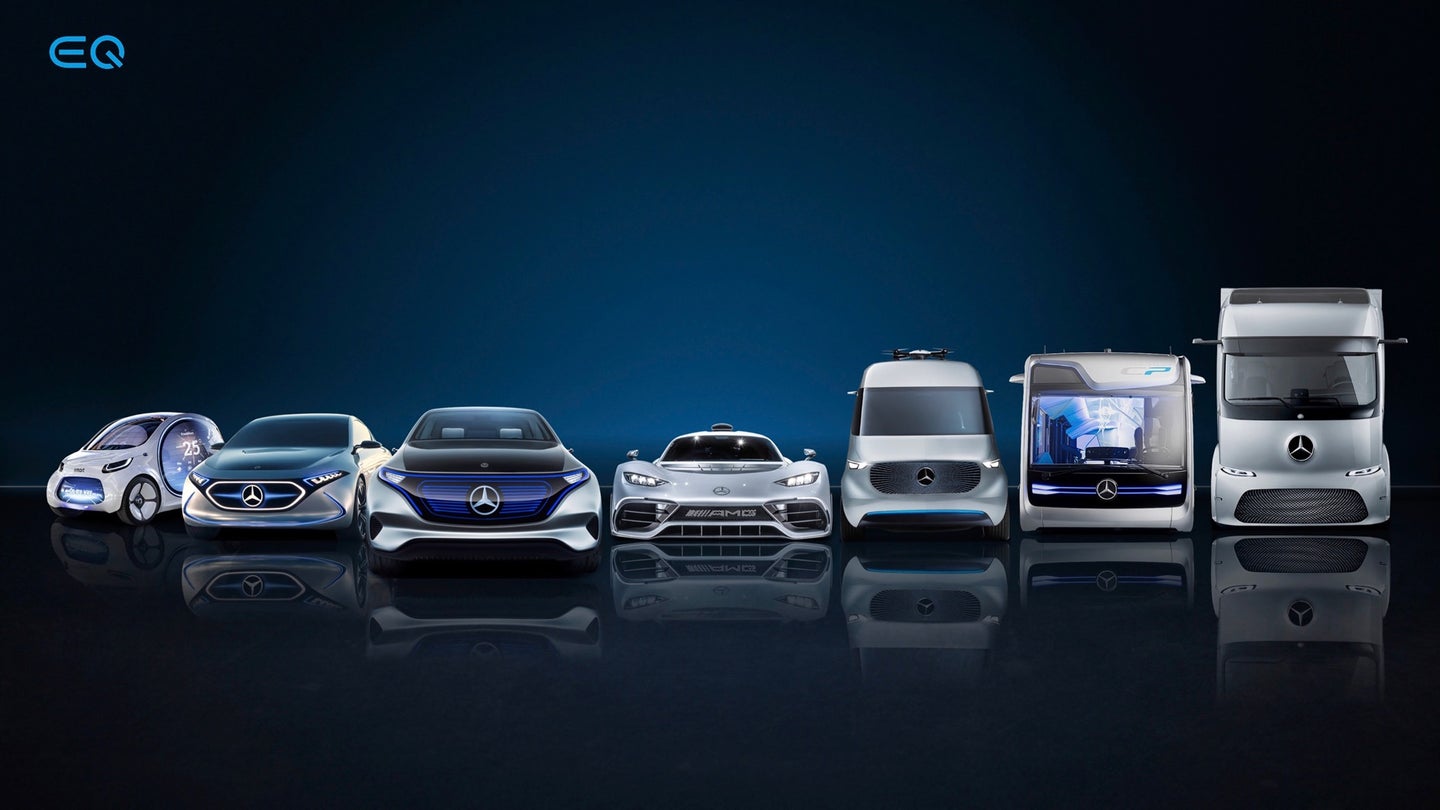 Daimler has announced it will purchase 20 billion euros ($23 billion) worth of batteries to fuel its ambitious electric vehicle plans. The German automaker plans to launch a line of electric cars for its Mercedes-Benz and Smart divisions, as well as electric commercial vehicles including vans, trucks, and buses.

By 2022, Daimler plans to offer an electrified variant of every Mercedes model. This will include a mix of mild hybrids, plug-in hybrids, and "more than 10" models powered by either batteries or hydrogen fuel cells, according to a Daimler statement. By 2025, Daimler expects battery-electric cars to account for 15 to 25 percent of global sales. The first mass-market battery-powered Mercedes—the EQC crossover—goes on sale in the United States in 2020. Smart already sells electric cars exclusively in North America.

All of those vehicles will need a lot of batteries. Daimler said it will purchase battery cells from third parties, and said it has contracts in place with suppliers through 2030. However, Daimler declined to say which suppliers it was contracting with. The automaker will conduct its own research to develop new battery technologies, with an emphasis on reducing the amount of rare metals like cobalt in battery cells.

Daimler said it would also invest 1 billion euros ($1.1 billion) in a global network of factories to assemble those battery cells into battery packs that go into cars. One of those factories will be located in Tuscaloosa, Alabama, near an existing assembly plant that builds Mercedes SUVs.

Rival luxury brands are planning their own electrification offensives with Audi, BMW, Infiniti, Jaguar Land Rover, Porsche, and Volvo planning to launch large numbers of hybrids and electric cars over the next few years. The automakers are responding to tightening global emissions standards, as well as the success of Tesla.