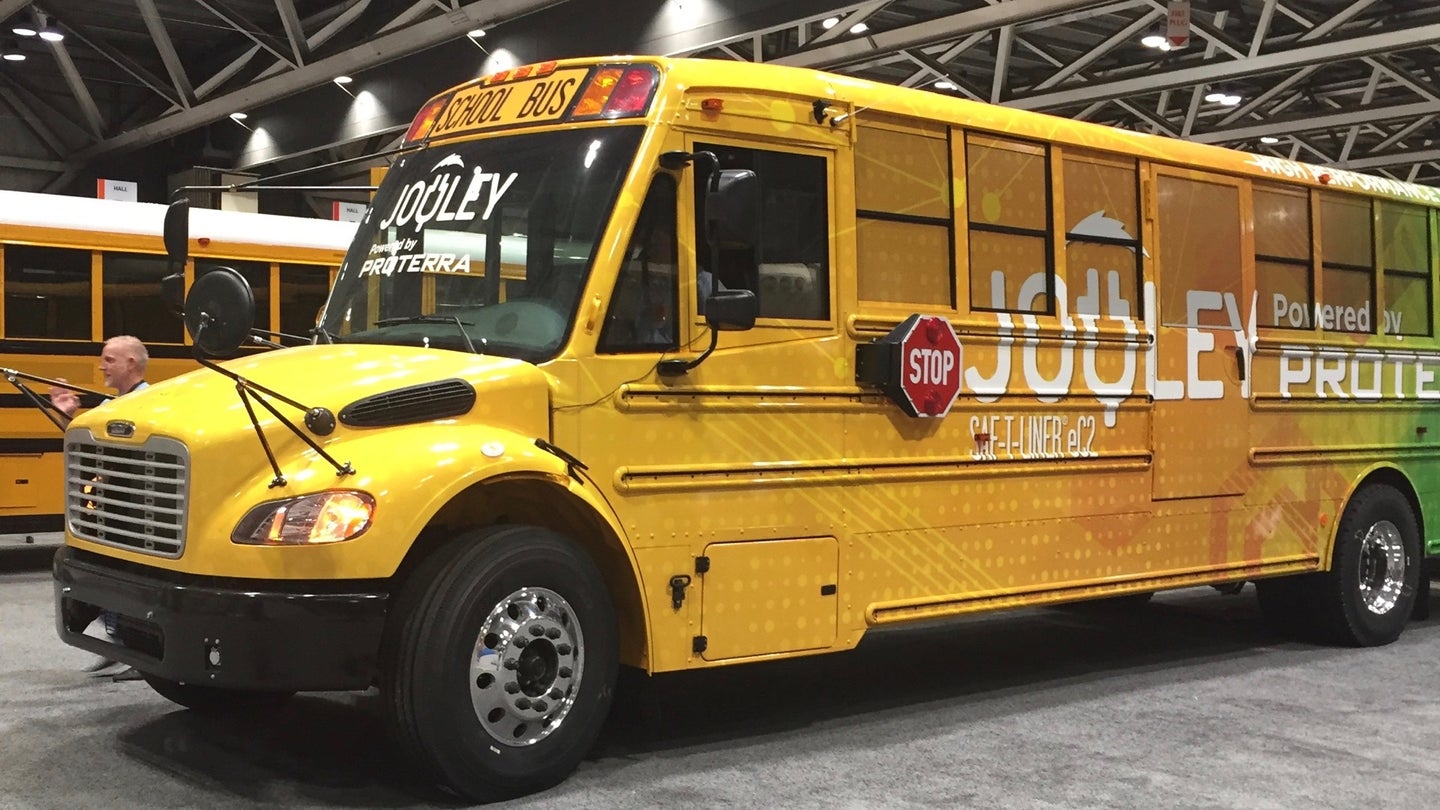 Daimler is now investing in electric bus maker Proterra, with the aim of accelerating development of electric commercial vehicles. The first product of the relationship between the two companies is an electric school bus for Daimler's Thomas Built Buses division.

The Saf-T-Liner eC2 school bus is based on one of Thomas Built's existing models, but with an electric powertrain supplied by Proterra. The bus can travel up to 150 miles on a charge, a Thomas Built press release said. It's also equipped for DC fast charging, which can complete a full recharge in about three hours, Proterra said in its own press release. Prior to announcing the partnership with Proterra, Thomas Built said it wanted to start production of an electric school bus in 2019.

Proterra has focused primarily on electric transit buses, while Daimler has focused on electric trucks. But school buses could be a sensible application for electric powertrains. Proterra previously noted that school buses drive a predictable distance each day, which makes managing charging easier. It's also probably better that the vehicle carrying children to and from school doesn't expose them to diesel exhaust fumes.

The electric school bus marks the beginning of an ongoing partnership between Daimler and Proterra. Daimler hopes to leverage the smaller company's experience with electric buses, while Proterra will gain funding from the massive German firm, as well as insight into how to build vehicles in larger volumes, the companies previously said.

Alongside the school bus, Proterra announced plans for student transportation of a different stripe. Duke University will buy two of the company's 40-foot Catalyst E2 electric buses for use on campus beginning in 2020. Proterra will also install two charging stations for the buses. According to Proterra, over the lifetimes of the two electric buses, Duke expects to save $924,000 in maintenance and fuel costs compared to conventional diesel buses.