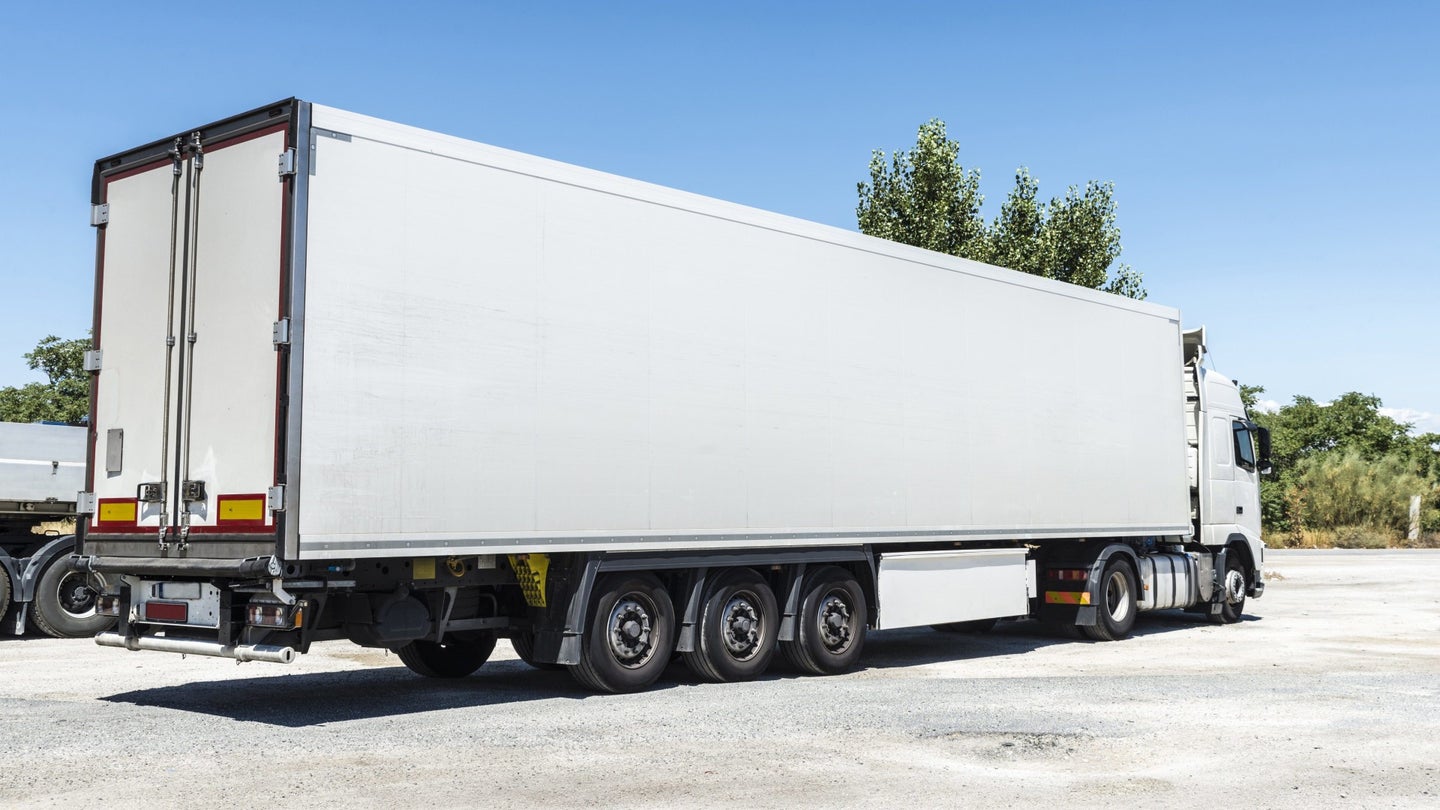 A new concept by Bosch incorporates regenerative braking, commonly found in consumer-grade electric cars, into a semi-trailer. This would allow for greater distances between charges and huge cost savings for companies in the emerging long-distance electric trucking market. Bosch says that its concept could save companies almost $11,600 annually, or nearly 2,400 gallons of diesel fuel.

In a world where consumer-grade electric cars are becoming more popular than ever and corporations stand to benefit on the cusp of innovation as commercial manufacturers buy into the alternative fuel market. Later this month, the IAA International Motor Show will take place in Hannover, Germany where the elite market players will gather to show off their latest in logistics and commercial transportation. Bosch will bring along its newest invention, a semi-trailer with regenerative braking built-in. The idea is to incorporate the same principle that modern electric cars refer to as "one-pedal driving", permitting vehicles to generate electricity while slowing down their vehicles.

The concept is that an electric motor can convert stored energy into motion, as well as motion into energy that can be stored. In Bosch's application, the trailer will provide a form of regenerative braking, allowing it to produce energy as the vehicle decelerates just like an electric car.

A circumstance where the technology especially shines is when the semi-trailers travel downhill or in traffic. Normally, friction braking would slow down a semi truck by using pneumatically actuated brakes, transforming motion into heat, whereas the regenerative braking will use the resistance of the electric motor to turn the kinetic energy into something that can be harnessed later. The energy is stored in batteries found in the trailer and can be used as either supplementary power to increase an electric semi's range, or to power refrigeration units.

As commercial electric trucks become more popular, innovations such as what Bosch is planning will surely start to follow suite, effectively enabling electrification beyond the semi. One of the biggest benefits that Bosch points out is that the technology to create this electrified axle already exists, making it relatively cheap to produce. In fact, the same motors utilized in Bosch's concept are also used in vehicles such as the Deutsch Post's StreetScooter and many other electric cars on the market today.