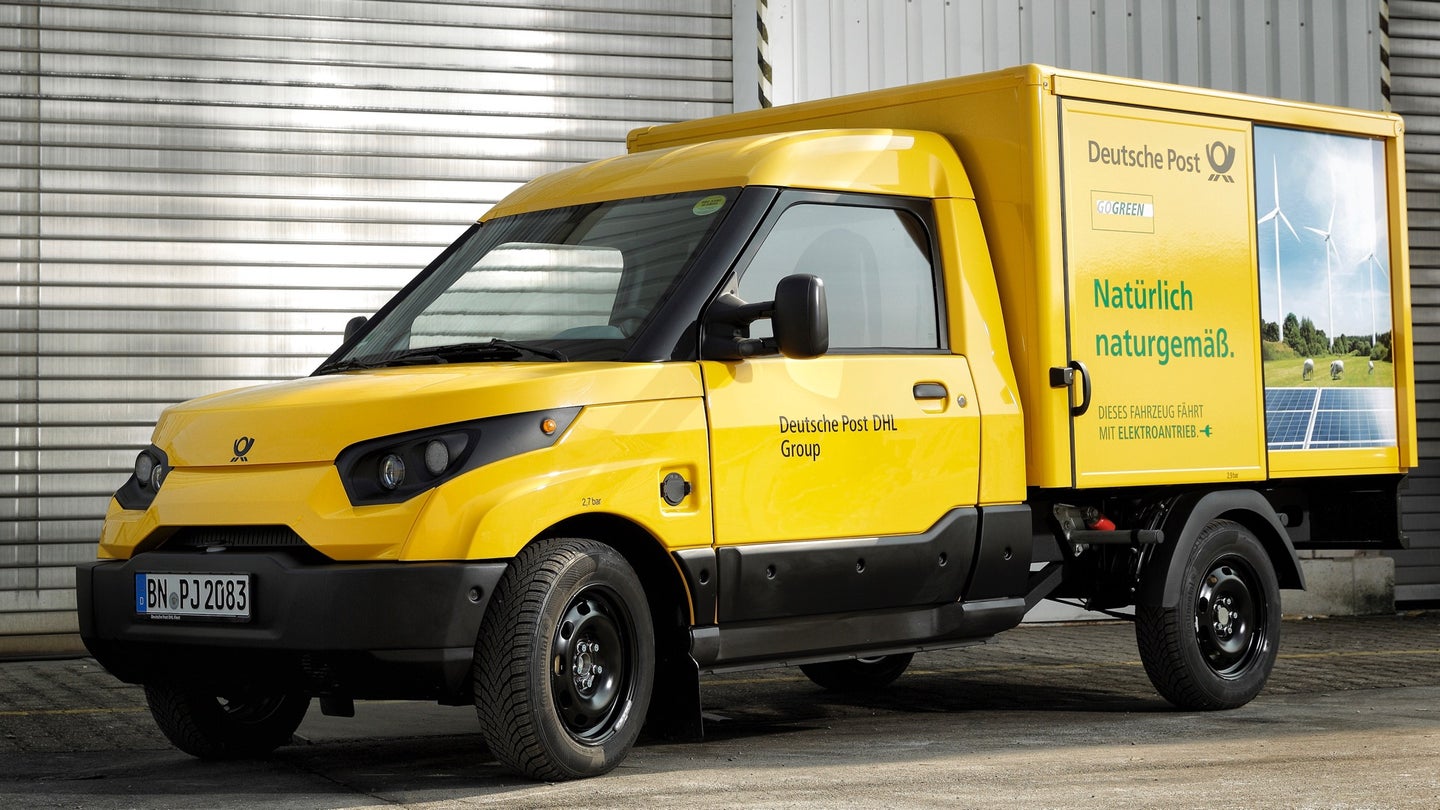 Daimler has reportedly shown that it's willing to go to extreme lengths to get ahold of competitors' products. The German automaker allegedly disassembled a Tesla Model X after renting it from a private couple in December. Now, German newspaper Der Spiegel reports that Daimler engineers posed as workers from a nursing service in order to obtain a StreetScooter, an electric van developed by DHL/Deutsche Post and Aachen University.

Germany-based DHL is best known as a logistics company, but it's been developing electric delivery vans for several years. This apparently caught the interest of Daimler, which is now launching electric versions of the Mercedes-Benz Sprinter and Vito vans. In turn, Daimler allegedly came up with a rather unusual plan to acquire one of the DHL StreetScooter vans.

Last year, DHL began renting out StreetScooters to prospective customers as part of the vehicle's development program, according to Der Spiegel. One of the companies that signed up for the rental program was a nursing service based near Frankfurt, which claimed to be evaluating the van for patient transport; however, per the aforementioned report, things soon started to look suspicious.

The company gave a fake address, according to Der Spiegel, which is the kind of thing a company like DHL would notice. DHL eventually determined that the nursing service existed only on paper, and then used GPS to locate the van. Engineers discovered that the vehicle had been driven across Germany to Daimler's hometown of Stuttgart. Der Spiegel says the van was then spotted at a Daimler test track. DHL representatives drove to the track with a team of lawyers and demanded that the vehicle be returned, which it reportedly was a half hour later.

Daimler told Der Spiegel that, since DHL was offering StreetScooters to the general public, the vehicle was fair game. The automaker did not explain the nursing-service cover story, however. The newspaper also reported that Daimler executives made negative comments about the StreetScooters' build quality before undertaking the scheme. That apparently didn't dampen Daimler's interest in the vehicle.