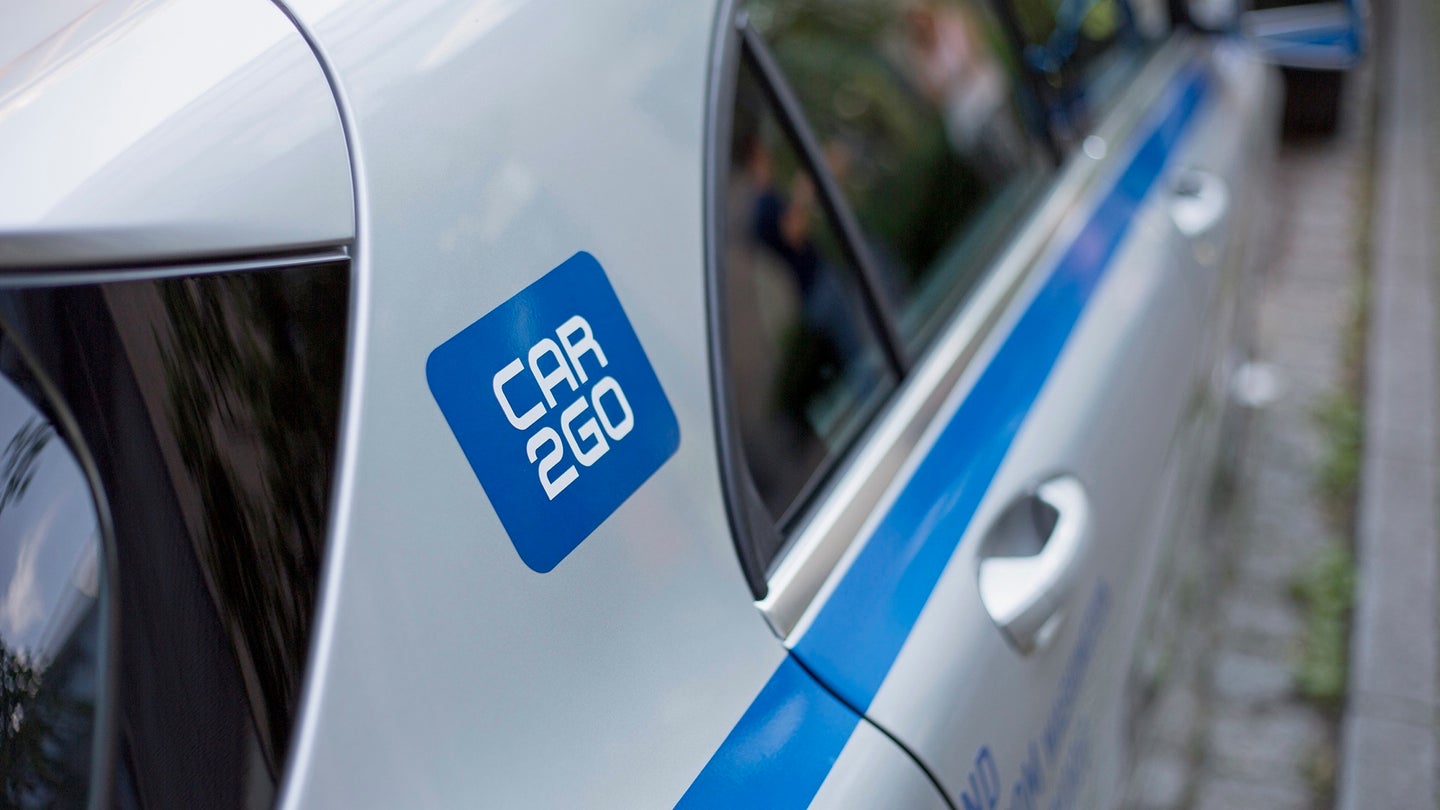 Daimler's Car2Go car-sharing service will suspend operations in Toronto due to new parking regulations. Car2Go has operated in the Canadian city since 2012, but officials say the new rules will render the service "inoperable," reports CNET.

Toronto is trying out a new system for car-sharing programs that will restrict the places where shared vehicles can park. This is expected to eliminate 10,000 parking spaces from being used by car-sharing services. The city will also require operators to purchase a $1,500 Canadian ($1,200 U.S.) permit for each of their vehicles.

The rules also limit car-sharing services to 500 vehicles, but that wouldn't affect Car2Go, which only has 350 vehicles on Toronto's streets. Those vehicles are a mix of Smart ForTwo and Mercedes-Benz CLA-Class and GLA-Class models. Car2Go claims to have 80,000 Toronto-area subscribers.

City officials reportedly designed the new rules to free up parking spaces in residential areas. Car-sharing services have been criticized for taking up too many spaces near residences and preventing people from parking close to their homes. When Car2Go launched in Toronto in 2012, users were required to pick up and drop off cars at municipal parking lots, but the rules were later relaxed to allow on-street parking as well.

Shared vehicles taking up too much space is a problem usually associated with the dockless bicycle and scooter-sharing services operating in some cities. But on-street parking is at a premium in most large cities, so it was likely only a matter of time before parking became an issue for a car-sharing service.

Car2Go previously threatened to shutter its Toronto operations in February, according to CNET, before entering into negotiations with city officials to try to find a compromise. That apparently didn't happen, but other car-sharing services are expected to continue operating in Toronto after Car2Go withdraws.