But it's also stirring up trouble with local officials. 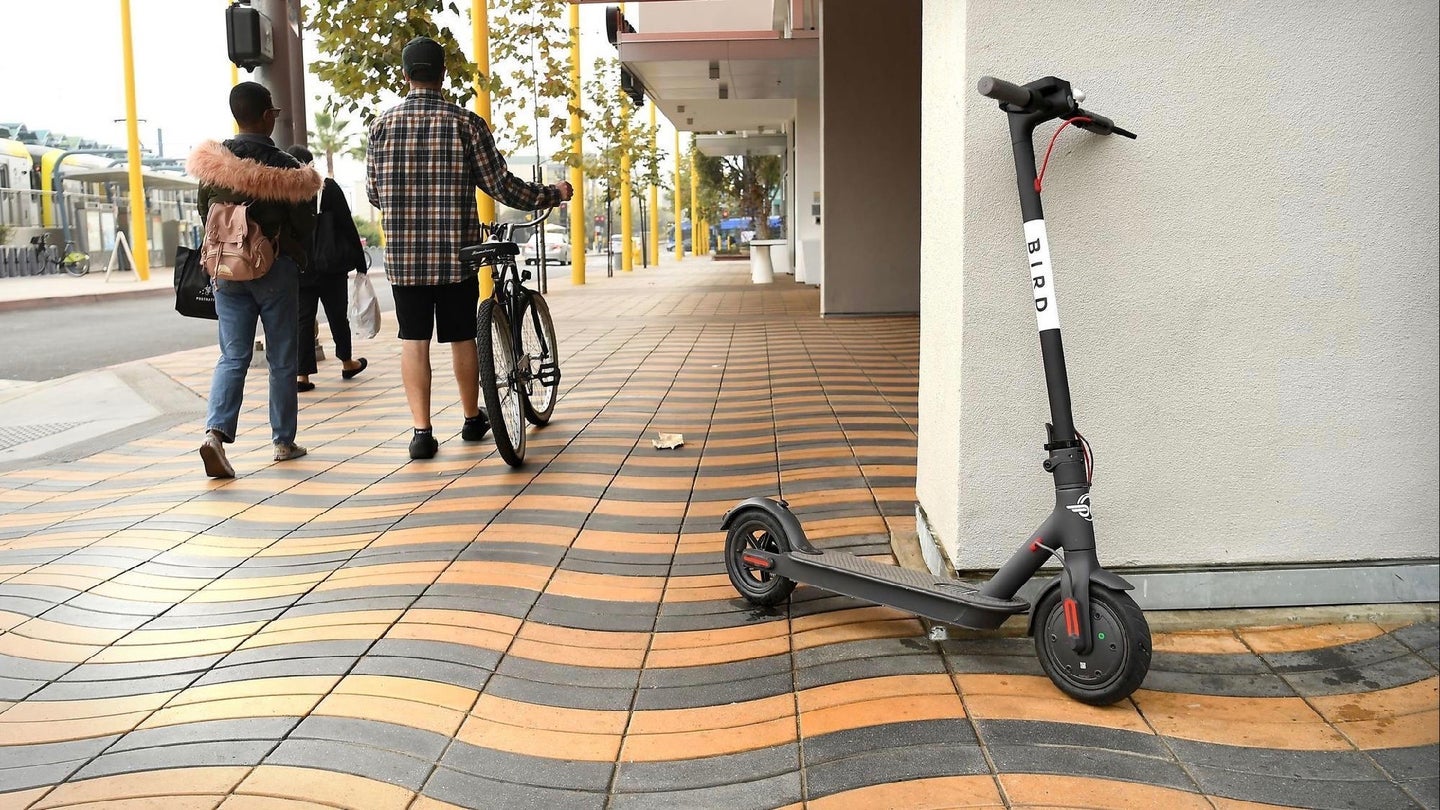 Travis VanderZanden knows a lot about avoiding driving. He worked as vice president of growth at Uber, later became the chief operating officer of Lyft, and now runs a scooter-sharing startup called Bird. The new company is doing well, but it's also run afoul of local officials where it operates.

Based on Santa Monica, California, Bird offers deckles scooter sharing, meaning users don't have to pick up and drop off scooters from a designated docking station. Since it launched last summer, Bird has deployed about 1,000 scooters in Santa Monica and claims 50,000 people have taken them for a combined 250,000 rides. The company has also secured $15 million in Series A funding, according to TechCrunch.

But while investors may be happy with Bird, Santa Monica officials aren't. The Washington Post reports that the city's mayor wasn't informed of Bird's plans until after the company started putting scooters on the streets. Local police also issued 97 citations related to the scooters in the first six weeks of this year, and the fire department responded to eight accidents. City officials also reportedly received numerous complaints about scooters left in front of doorways, in driveways, and on wheelchair ramps.

At first glance, it sounds like VanderZanden has picked up some of the bad habits of one of his former employers. Uber deployed its self-driving cars in California before getting necessary permits, forcing it to temporarily pull them out of the state after a standoff with California officials. But VanderZanden told TechCrunch Bird didn't mean to be antagonistic.

He said no existing permit covers Bird's scooters, although city officials disagree. Santa Monica filed a criminal complaint against Bird, claiming that it should have applied for the same type of permit issued to food vendors. VanderZanden said Bird has discussed the issue with city officials. In a move similar to Uber, he has also offered to share user data in order to help integrate Bird with existing transportation infrastructure.

Companies like Bird can offer new ways for people to get around crowded cities, but Bird's tussle with Santa Monica shows that they can create new problems as well. Regulators must stay abreast of new developments in transportation services, but companies also need to remember that having a trendy new sharing service doesn't give them a license to do whatever they want. Startups need to consider the impact they will have on the communities where they operate.

Updated: After this story was published, Bird and the City of Santa Monica reached an agreement. Bird reached out to The Drive with the following statement:

"We are pleased that Bird and the City of Santa Monica were able to work out our differences regarding licensure. Under the agreement, the city agreed to dismiss the nine original misdemeanor counts, and the company agreed to plead no contest to a single infraction of the city's municipal code. Bird now starts fresh with the city, and we look forward to continuing to provide a safe, environmentally friendly transportation solution to the people of Santa Monica."