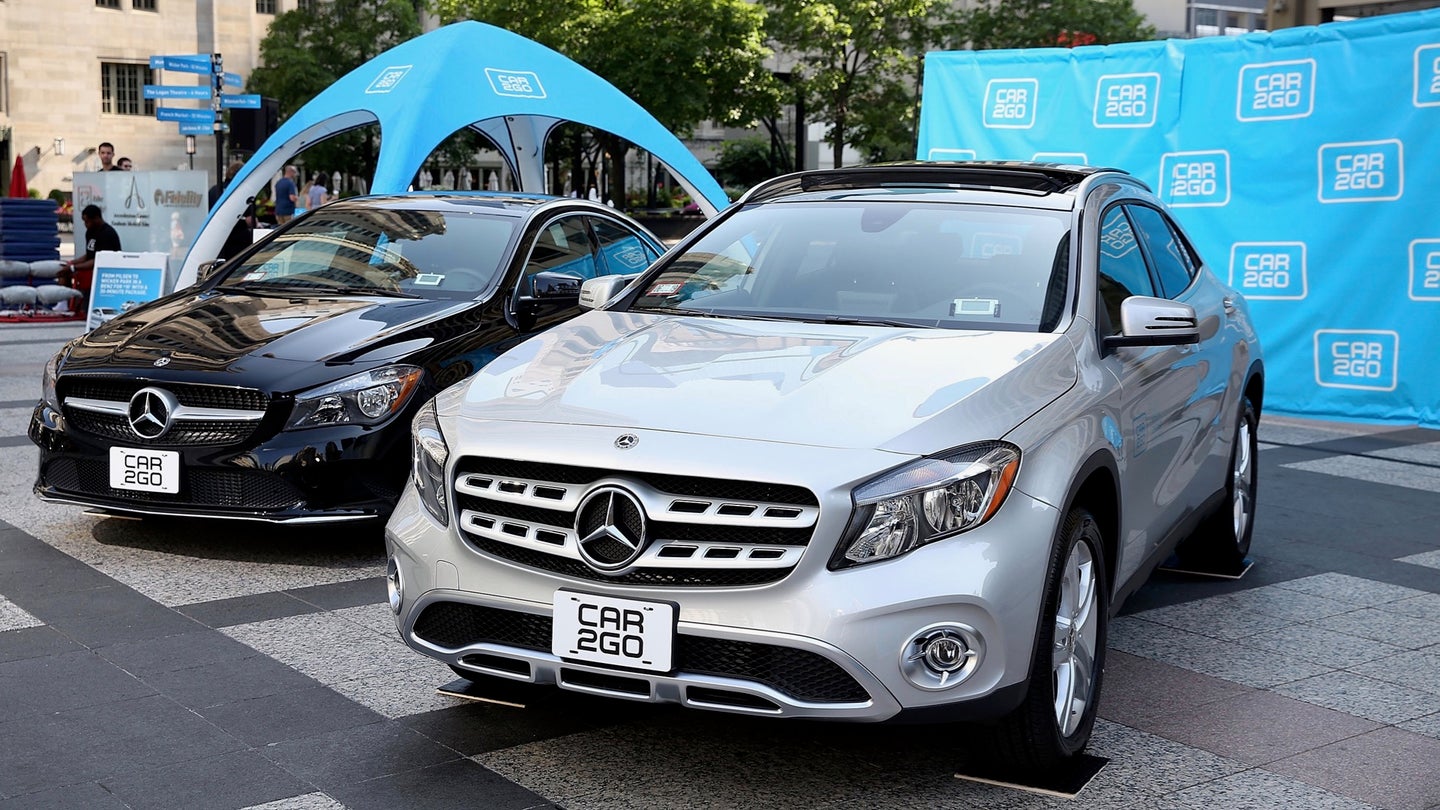 Chicago is the latest city to get Daimler's Car2Go car-sharing service. With the inclusion of the Windy City, Car2Go now operates in 25 cities across North America, Europe, and China giving it a global reach unmatched by any other automaker-operated car-sharing service.

Car2Go will operate 400 cars in Chicago, including a mix of Smart Fortwo and Mercedes-Benz CLA-Class and GLA-Class models. Users can reserve a car via Car2Go's app. Car2Go uses a "free-floating" arrangement in which cars are parked anywhere within a "home area," rather than at designated stations. Users can pick up cars wherever they find them, and drop them off anywhere within the home area.

Free-floating car sharing is more convenient, Car2Go claims, noting it allows users to make one-way trips, and doesn't require them to return cars to a specific location or return them at a designated time. But because cars aren't returned to designated spots, this may affect the availability of public parking within Car2Go's Chicago home area, which covers 29 square miles abutting Lake Michigan.

Other car-sharing services, such as Zipcar and General Motors' Maven, prefer station-based models that require users to pick up cars at designated locations, and drop the cars off at the point of origin when they're done. BMW's ReachNow offers free-floating car sharing in Seattle and Portland, Oregon, but had to end the practice in New York City's Brooklyn borough due to excessive damage to street-parked cars.

The Chicago launch comes amid major changes for Daimler's mobility-service operations. The German automaker is launching a dedicated division for car sharing and other mobility services, but is also working with BMW on jointly-operated services. It's unclear how these developments will affect Car2Go, but given that Daimler expects to generate billions of dollars from mobility services within the next decade, the service will probably stick around.