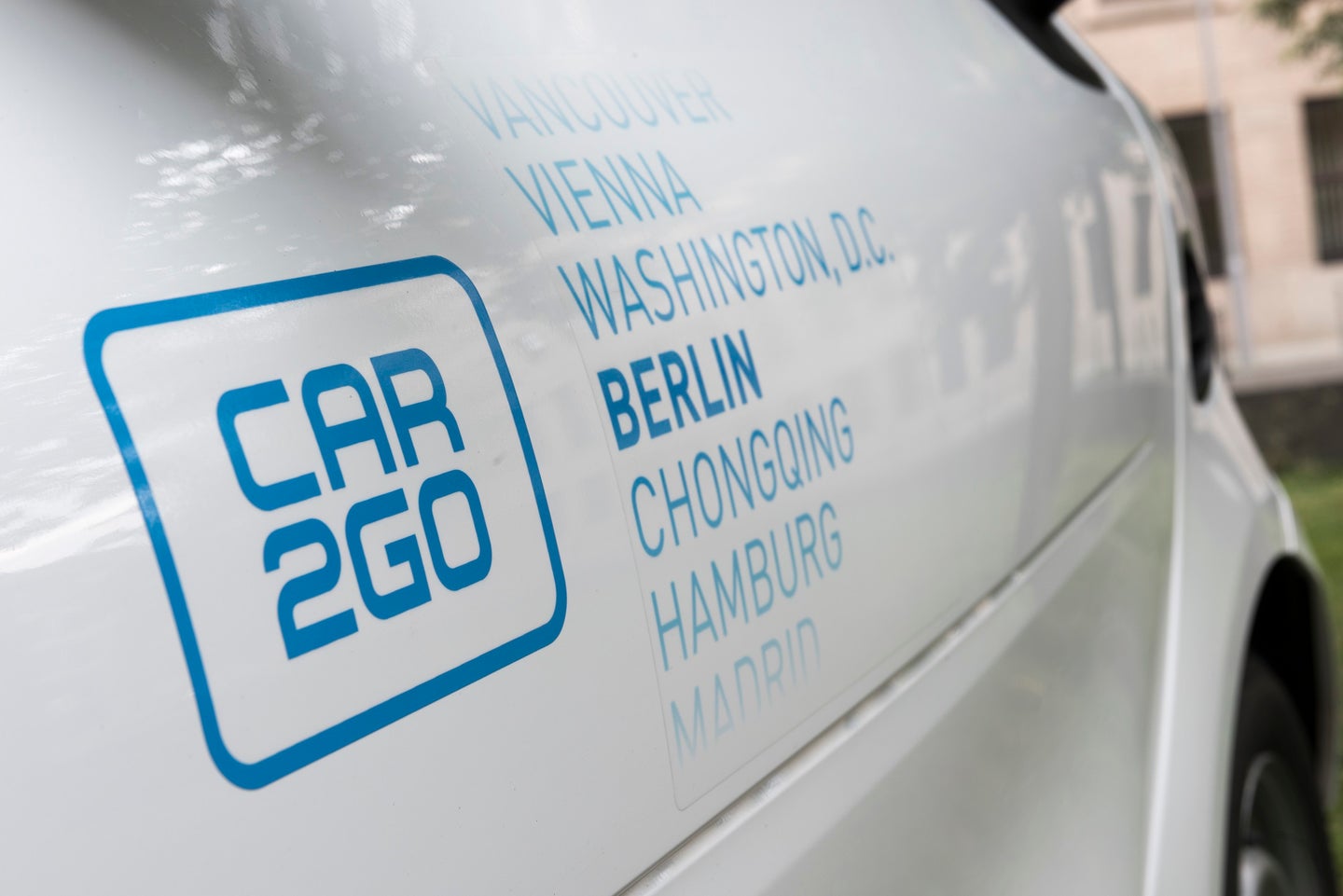 Daimler claims 24.4 million people worldwide are using its various mobility services. That's an increase of 64 percent over the previous year, and a positive sign for Daimler as it tries to prepare for a possible future of decreased car ownership. The parent company of Mercedes-Benz is getting ready to combine its mobility services with those of rival BMW.

The Car2Go car-sharing service alone had 3.3 million customers at the end of July, Daimler said in a statement. The company's ride-hailing group, which includes MyTaxi, Beat, Clever Taxi, and Chauffeur Privé, reached 15.9 million customers, a 74 percent increase over the previous year, Daimler said. The company also has stakes in ride-hailing services Via and Careem, rental company Turo, and bus service FlixBus.

Daimler also recently invested in Blacklane, a Berlin-based startup, which claims to provide chauffeur services in 260 cities in 50 countries. Blacklane is also launching a service called Blacklane PASS (Premium Airport Services and Solutions) that allows users to bypass security and customs lines at airports for a $100 fee.

In North America, Daimler's Moovel Group has developed software that allows commuters to use their smartphones in place of standalone transit fare cards. Instead of tapping a card, users simply tap their phones to board buses or trains. However, the feature is only available in certain Pacific Northwest cities at this time. Daimler is shopping it around to transit agencies in other regions.

Car-sharing, ride-hailing, and other mobility services are predicted to erode car ownership, which explains Daimler's interest in them. By investing in mobility services, Daimler can ensure new revenue streams should its core business of car sales decline. Because it makes the vehicles used by these services, Daimler may ultimately gain an advantage over tech companies that rely on freelance drivers or obtain vehicles through bulk fleet purchases.