FlixBus Brings Its Uber-Style Bus Service to The U.S. 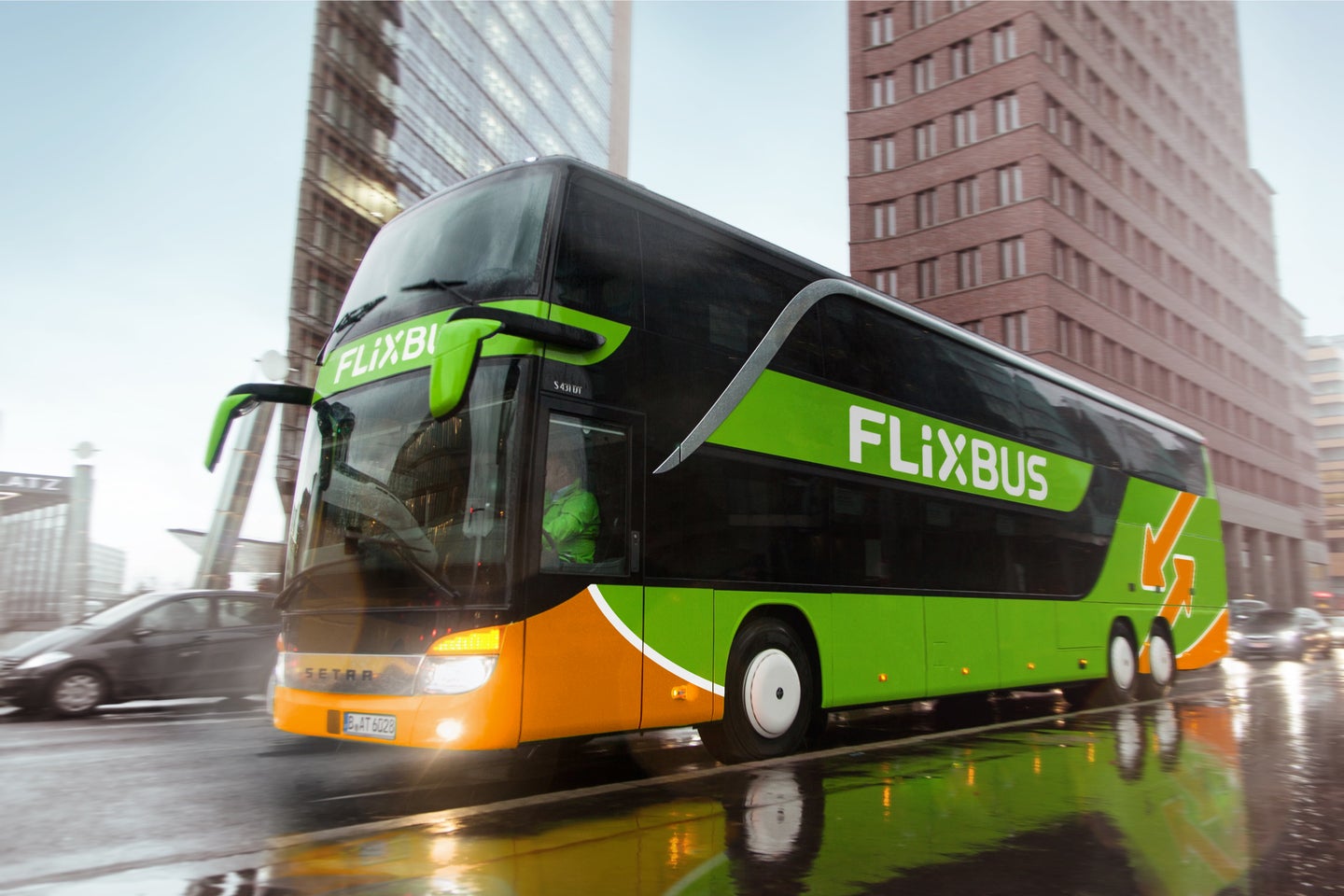 Long before Uber and Lyft, there existed an easy-accessible form of shared transportation: The bus. Since 2013, FlixBus has tried to apply an Uber-like business model to bus service in Europe, coordinating ticket sales and branding while relying on partners to supply the actual vehicles and drivers. Now FlixBus is coming to the United States.

"We always felt the U.S. was a huge opportunity, but felt the market in Europe, specifically Germany, was more extensive, more urgent," FlixBus co-founder Jochen Engert told The Drive. Now FlixBus is taking aim at what it anticipates to be a lucrative market.

This month, FlixBus will launch U.S. service on routes serving cities in California and the Southwest, including Los Angeles, Las Vegas, Phoenix, Tucson, San Diego, and Henderson, Nevada. Tickets go on sale May 15 and buses hit the road May 31. FlixBus said it will offer 180 possible city connections initially. In June, it will add more routes, again focusing on Western cities, for 400 possible connections.

Like Uber and Lyft, FlixBus views itself as a middleman between passengers and vehicle operators, rather than a full-fledged transportation company. While all buses wear FlixBus' distinctive green livery, they are owned and operated by independent companies. FlixBus determines routes and pricing and runs the app passengers use to book trips. Revenue is split between FlixBus and the bus companies, with the companies typically getting around 70 percent, Engert said.

"We knew there were incumbent partners who had been doing this for decades," Engert said of FlixBus' decision to ally with existing bus operators. "We do what we're good at, they do what they're good at."

FlixBus currently partners with 300 bus operators in Europe and will partner with six operators for its U.S. launch: Arrow Stage Lines, American Explorer Motorcoach, Gray Line Arizona, Pacific Coachways, Transportation Charter Services, and U.S.A. Coach Services. All buses will have free Wi-Fi as well as USB and power outlets at every seat. FlixBus has experimented with all-electric buses in Europe, but don't expect them to appear on U.S. routes just yet.

"To be fair, the OEMs are just not there yet" on range and price, Engert said, adding that hybrid buses are more likely to be used on a large scale in the short term. "An all-electric fleet is still a few years out," he said.

Again mirroring Uber and Lyft, FlixBus will employ dynamic pricing, meaning fares will change based on demand. In a press release, FlixBus said it will initially offer fares as low as $0.99 for a trip between UCLA in Los Angeles and Caesar's Palace in Las Vegas. Most passengers will likely pay more, but Engert said average fares will be "super competitive" not just with other bus operators, but with the cost of other forms of transportation. Anyone can offer low fares, though. The question is whether FlixBus' unique business model will thrive on this side of the Atlantic.