Austin Is Talking Incentives to Become Tesla’s Next Home: Report

Elon Musk did say he wanted to get out of California. 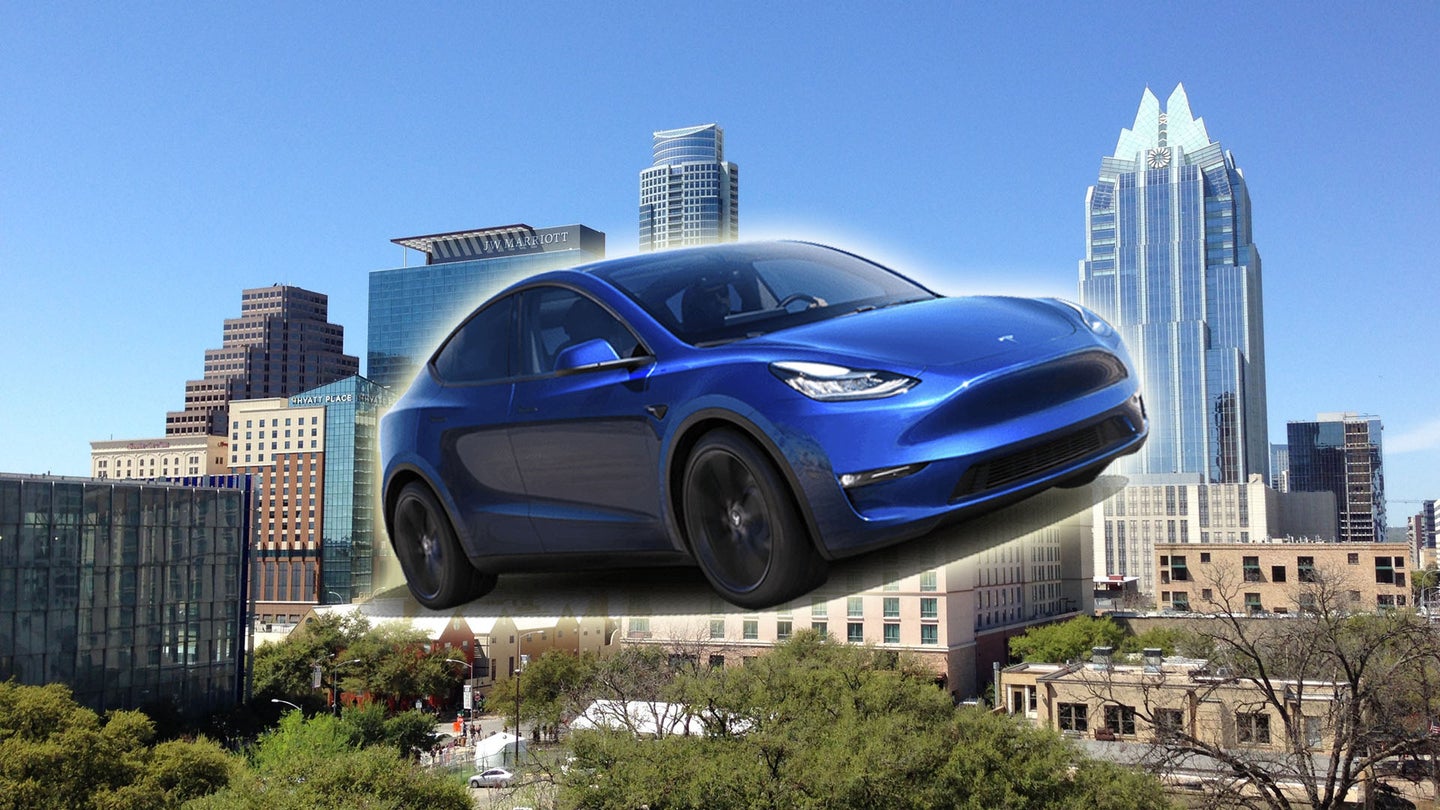 Good morning and welcome back to Speed Lines, The Drive's daily roundup of what matters most in the world of cars and transportation. Today we're talking about the signs that point to a Tesla move to Texas, absences at auto plants amid the coronavirus outbreak, and the patchwork approach U.S. airlines are taking to keeping you safe when (if?) you fly soon.

It seems increasingly possible that the next wealthy Californian to drive up property values in Austin, Texas is Tesla CEO Elon Musk. After his spat with Alameda County officials in Tesla's home state over when his factory could actually reopen during the COVID-19 crisis, Musk vowed to find a new home for auto production—and said on Twitter that home would be "Texas/Nevada." (You know, the greater Texas-Nevada region of the country.)

Now, Musk says a lot of things, all of the time. But thanks to the Austin American-Statesman, we know the government of Travis County (the greater Austin area) today will be discussing a possible incentive package to bring Tesla's next manufacturing site and thousands of jobs to that region. The terms of a potential deal have not yet been disclosed, the newspaper reports. It's also not clear if Austin is the finalist—Tulsa, Oklahoma has been floated as another possible location for Tesla's new home. And a story by Reuters notes that the United Auto Workers union, which represents a General Motors plant in the state, is already asking Austin's leaders for assurances:

The UAW, which represents hourly workers at General Motors' assembly plant in Arlington, Texas, said it believes a Tuesday county meeting will include talks about the possible deal. The union, which has unsuccessfully tried organizing Tesla's Fremont, Calif., plant, called on Texas officials to obtain assurances from Tesla about any potential jobs.

“Tesla has a track record of collecting public subsidies from several states but not delivering on their promises," UAW Vice President Cindy Estrada said in a statement. "That is why it is important this time for Tesla to commit to community assurances for Travis County before getting subsidies."

Would this supplement the California Tesla plant, or replace it? And would Tesla's headquarters move to Texas, much as Toyota did when it moved to the Dallas area a few years ago? We do not know yet. Either way, it's a development that signals the Lone Star State could soon become an even bigger home to auto manufacturing—Toyota and GM have sizable truck plants there—than it already is.

U.S. automakers are back at work, and they've put aggressive safety measures in place to protect workers, like regular temperature checks, mandatory distancing on lines, personal protective equipment and partitions everywhere. But they're still not operating at full capacity, and are beset with various disruptions to the parts supply chain.

And as you might expect, absences are much higher than normal as employees deal with getting sick—or maybe don't feel comfortable being at work at all. This, from the Wall Street Journal:

At major vehicle-assembly plants around the country, the number of workers calling out is running above normal, according to union officials representing the plants. Also, some employees have asked for work stoppages because of coronavirus concerns.

“When I woke up Monday morning we had one case. By [Wednesday] evening, we were up to five,” said Glenn Kage, president of United Auto Workers Local 2250, which represents workers at the General Motors Co. van and truck factory in Wentzville, Mo. Plant workers asked GM management to close the facility to disinfect it—a request the company declined, he said.

The story says a GM engine plant in the Detroit area has seen an 8 percent absence rate lately, much higher than normal. And one worker said that many of her fellow employees have been lax about wearing masks, using hand sanitizer and disinfecting their work areas.

No Shirt, No Shoes, No Mask, No Service

If you're planning on flying soon—and I can't personally imagine doing that except in the event of some kind of family emergency, but you do you—then you face varying approaches to health safety, depending on your airline. What did you expect, federal standards that unify everything? After how America has handled this crisis to date? Please.

Anyway, as Business Insider notes, "Each of the country's major airlines has taken a different approach to reconciling ways of increasing revenue with peace of mind for flyers." Most require you to wear some kind of face-covering; only Frontier is taking passenger temperatures. Some are blocking off middle seats, some are not.

If you plan on flying with United, and you do not wear a mask, you will be banned from future flights, the airline said. That policy goes into effect on June 18. It's unclear how long you will face that ban. Wear a mask, people. It's not so bad.

Lamborghini Explains Why It Will No Longer Attend Motor Shows (Forbes)

What are your thoughts on airline coronavirus safety? Would those policies impact your decision to fly one airline over another?