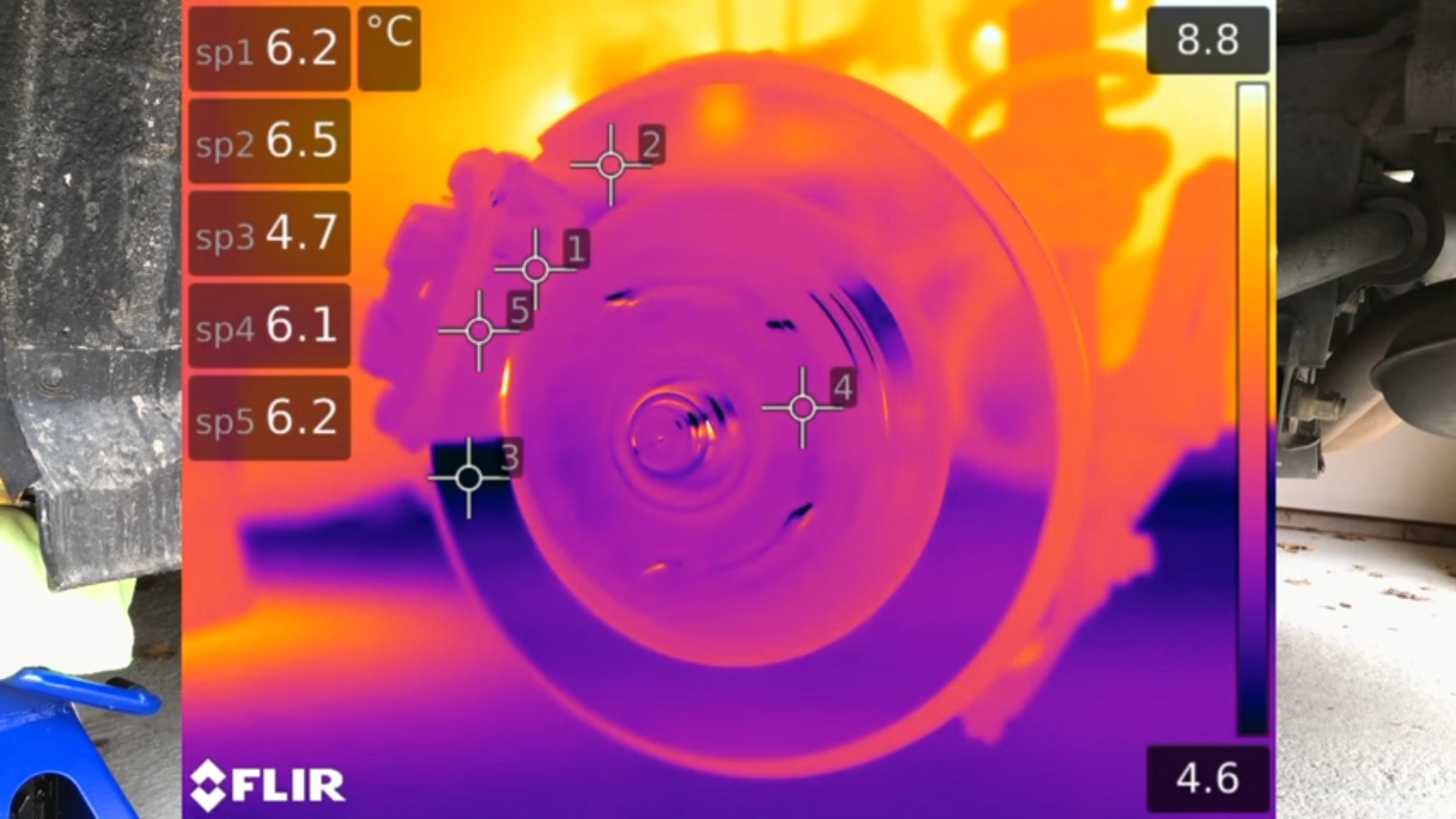 I've made the mistake before of not letting my brakes cool down before working on my car, and the only thing it taught me is that the bite to my hand from the heat of the rotor meant that brakes get hot. This may sound like a no-brainer, but have you ever thought about how hot your car's brakes really get when you push your foot on the pedal or rip your handbrake to pull off some sweet skids? The answer is very.

But let's back up a tad - just how do your brakes work? Let's think about the physical action that you take. Once your right foot lifts from the accelerator pedal, braking process starts by you depressing the brake pedal to its immediate left. This allows for your foot's fancy work to move a little brake fluid to all of your calipers through a process called "hydraulic force multiplication". Simply put, this means that when you press the brake, you move an equal amount of incompressible fluid throughout your brake lines.

Next up in the line of work is the caliper, which houses one or more hydraulically actuated pistons. With the brake pedal depressed and the hydraulic fluid moving through the brake lines, these pistons extend out of the caliper housing and squeeze two opposing brake pads against the car's rotor. This is the process that applies friction to a moving assembly and slows down your car. The friction itself is created through the conditions created when the pistons squeeze the the micro-abrasive brake pads against the rotors.

Now that my poor explanation of brakes is over, and you saw the much more sophisticated animation above, we can get to the cool part.

Jason Fenske narrates a channel on YouTube, appropriately called "Engineering Explained". In this particular video, Fenske puts his beloved 2002 (AP1) Honda S2000 on a set of jack stands and pops the car in gear. He then fires up a Flir T1K thermal camera and shows the amount of heat that is ambiently generates as the wheel hub assembly rotates. Next, the car is revved to 3,000 RPM and the handbrake is pulled. The thermal camera begins to glow brighter and warmer to show the amount of heat that moves through the rotor. During the test, the rotors rose to around 138 degrees Centigrade, or 280 degrees Fahrenheit, but Fenske explains that during heavy track day usage, brakes could potentially rise to nearly 500*C (932*F) under the right conditions.

That's pretty hot, and is no surprise when you consider the amount of force it takes to stop the huge 3,500-pound metal box with wheels that you're piloting around. Luckily, unless you're taking your car to the track every single day, typical maintenance should be enough to prevent premature equipment failure do to heat.