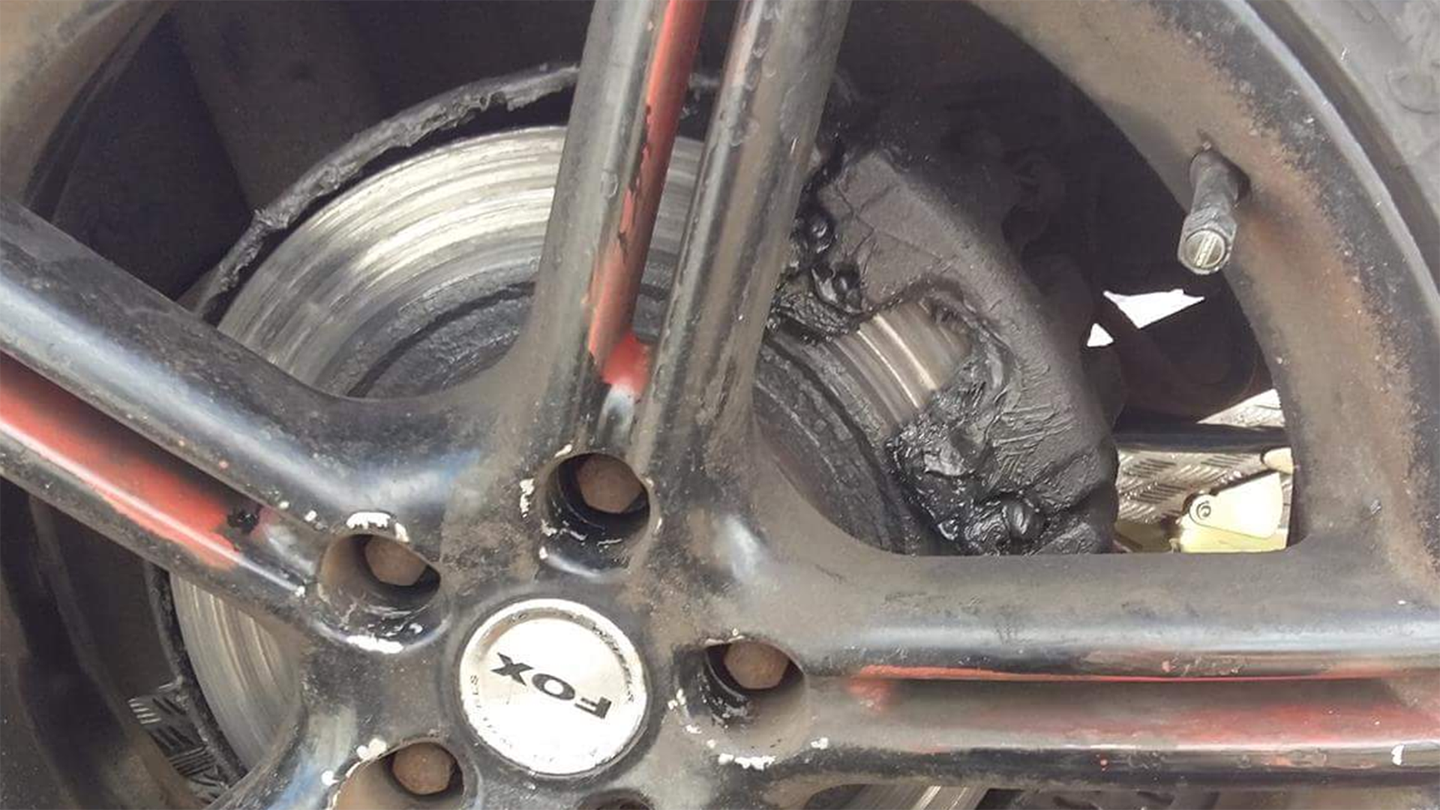 There are few sounds more grating than squealing brakes. You step on the pedal, expecting to slow down in smooth, comfortable silence, and instead you're greeted by a howling, metallic banshee in the wheel wells. Frustrating, no doubt. Still, not a great reason to grab a bucket of grease and slather it all over the rotor, caliper, and whatever's left of the pad in a bid to quiet the shrieking beast. If you doubt that anyone could be that boneheaded, look no further than this post from the always-hilarious Just Rolled Into The Shop page on Reddit showing humanity at its most creative.

Now, I know what you're thinking. Someone probably just greased up a stuck caliper so they could winch a car onto a flatbed or something. Oh how I wish that were the case, but it's pretty clear that this was one genius' attempt at a quick brake job on the cheap. There's no grease on the rotor itself, which has been basically chewed to bits thanks to the utter lack of a brake pad, indicating that the pedal has been pumped at least a few times since the grease was applied (and since the pad disintegrated). The sight, the sound, the smell—the whole production must have been horrifying. Also, incredibly, incredibly dangerous.

This is akin to burning down your house because it's a little chilly, or cutting off half a plane's wing to save some weight. And if you're still questioning whether people can be that stupid, just check out the thread of nonplussed mechanics who've dealt with customers with the very same idea. One poster even claims a guy came in to his shop with Crisco coating his rotors.

This is not something I ever expected to write, but again, a public service announcement: Do not grease your brakes. A new set of pads will save your car, your life, and your internet reputation. Now that's a pretty good deal.

Watch video of a car fly off a nearby highway directly into a mechanic’s parking lot.