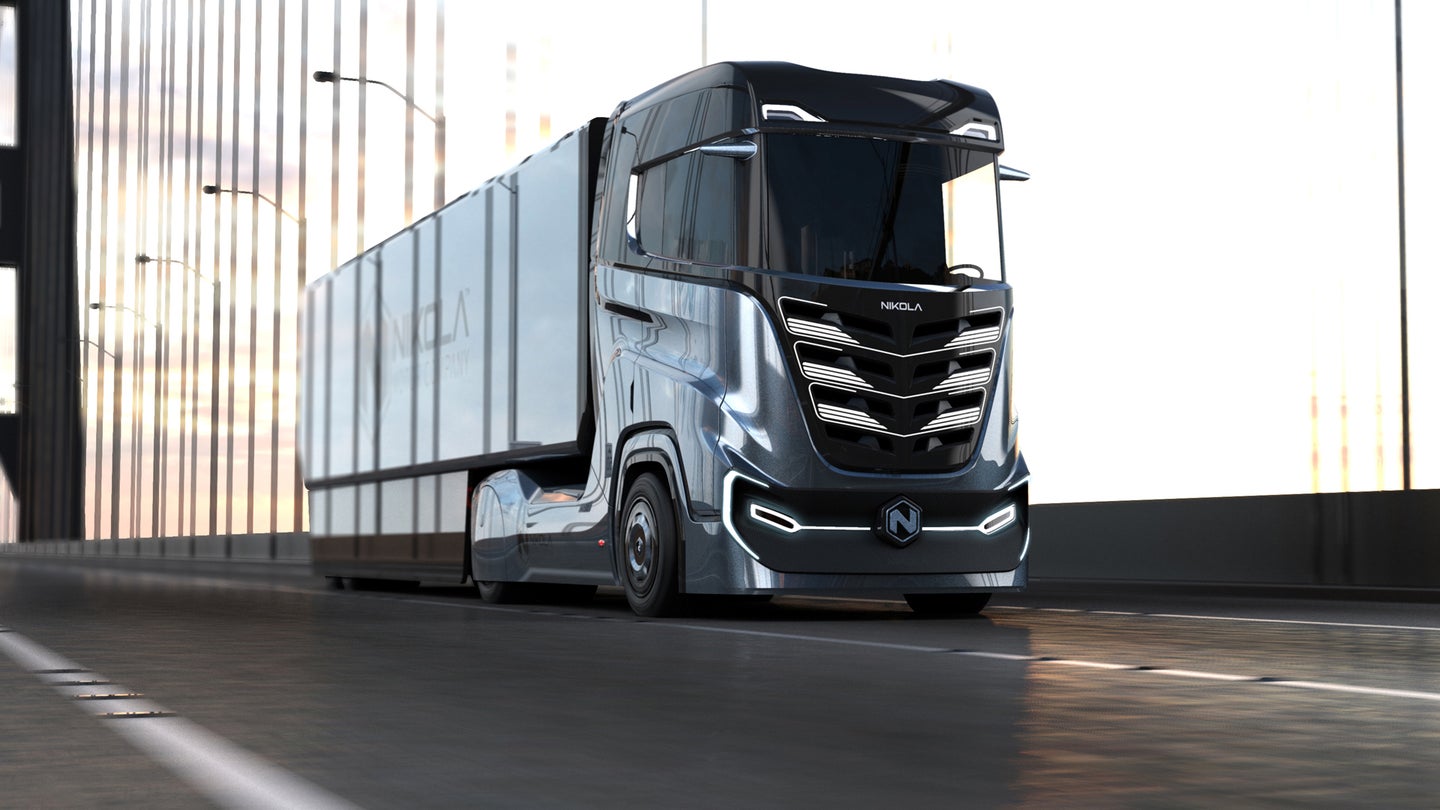 Nikola Motor Company is a relatively young U.S.-based trucking startup that has been focusing on producing commercial semi trucks that run on electric and alternative fuels. On Monday, the company announced its third semi-truck variant, which is powered by a hydrogen-electric powertrain.

Preceded by Nikola's One and Two semis, the newest truck will be called Tre. A fitting nameplate considering the model is a nod to the Norwegian word for "three", which designates Tre's position in the company's lineup. The truck will be powered by redundant 120 kW hydrogen fuel cells that generate electricity to be stored in Tre's 800-volt batteries; ultimately powering an unspecified number of electric motors.

According to Nikola, the truck will be fairly customizable to fit its customers' needs in both short-haul and long-haul scenarios. Motor configurations will enable powertrain choices ranging from 500 to 1,000 horsepower and battery configurations that will enable travel between 310 to 745 miles of range, though Nikola doesn't specify if this is with or without a load. Additionally, the truck's axle configuration can be chosen from either 6x2 or 6x4.

“This truck is a real stunner and long overdue for Europe,” said Trevor Milton, Founder and CEO of Nikola Motor Company. “It will be the first European zero-emission commercial truck to be delivered with redundant braking, redundant steering, redundant 800Vdc batteries, and a redundant 120 kW hydrogen fuel cell, all necessary for true level 5 autonomy. Expect our production to begin around the same time as our USA version in 2022-2023.”

The Tre will be destined for the Asian, Australian, and European markets, as each one has design and regulation needs that differ greatly from the United States. As a result, one might immediately notice the flat-faced appearance of the Tre versus the company's One and Two. In Europe, the cab-over approach is the standard build for most semi trucks, whereas the United States typically favors the comfort of a full-size truck. Nikola says that its specifically built Tre to fit all European size and length restrictions.

In order for the play on hydrogen to be successful, the company will need to help grow access to hydrogen fueling stations in all markets which it intends to sell the Tre, similar to how Tesla built its famed Supercharging network. Nikola says that it plans to install 700 hydrogen stations in the U.S. and Canada by 2028 and is planning to bring stations online in Europe by 2022.

Nikola is permitting interested parties to reserve a Tre, though it is not currently accepting any sum of money when reserving the truck on the automaker's website. A final price for the Tre is currently undecided and launch is slated for 2023.

All-electric, zero emissions, 590 horsepower, and 722 foot-pounds of torque: The Nikola NZT maybe the future of off-roaders.