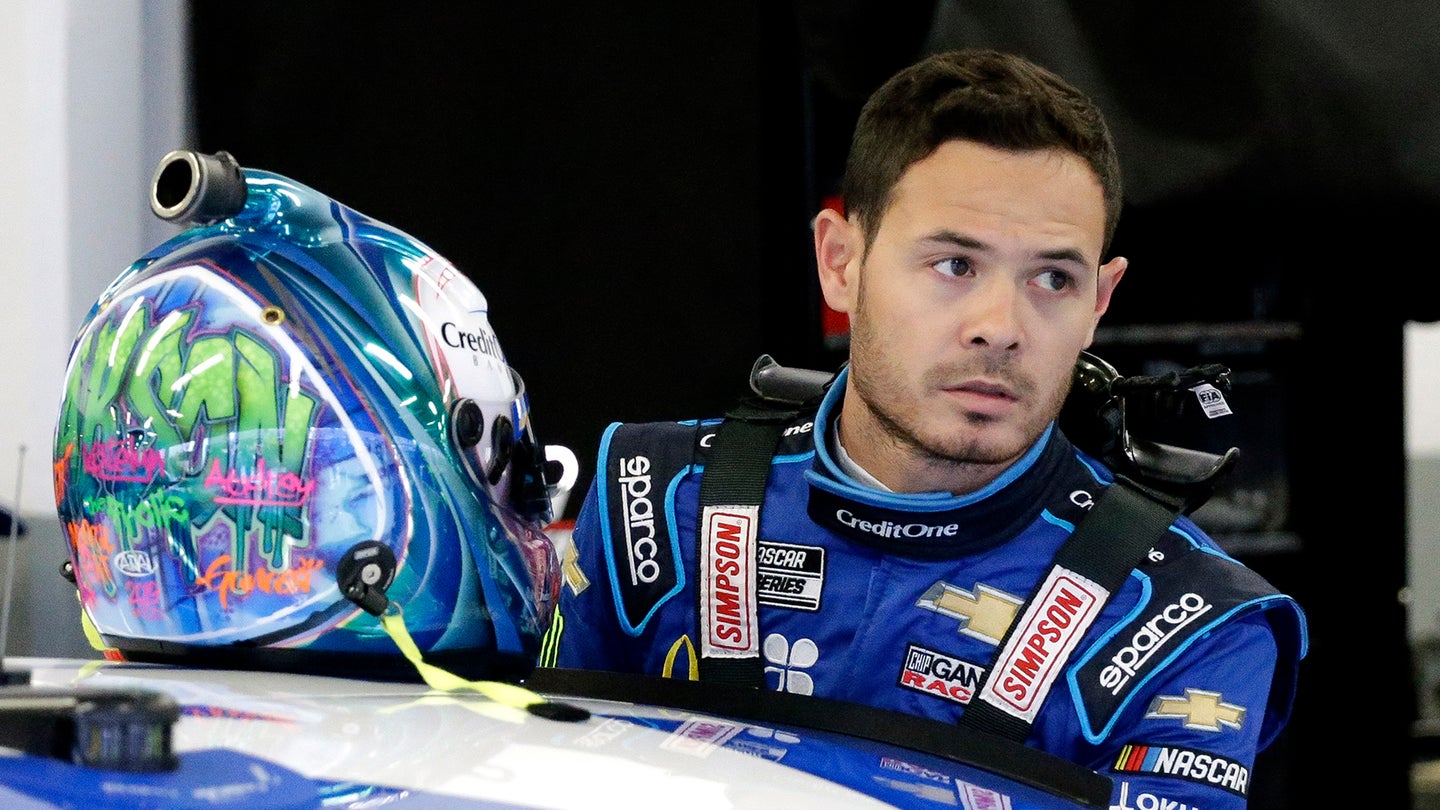 NASCAR Cup Series racer Kyle Larson is under intense criticism after using the N-word during a Sunday night broadcast of iRacing's professional-level Monza Madness race, an exhibition matchup featuring top drivers from NASCAR, IndyCar, NHRA, and the esports world. A qualifying heat for the event was being watched by thousands of fans across multiple livestreams on Twitch when Larson was heard using the racial slur.

In one of the now-viral clips, captured from the Twitch stream of sim racer and eventual winner Justin Botelho, Larson's name is displayed on the screen to indicate he's speaking as his voice rises above a moment of crosstalk between other racers. "You can't hear me? Hey, n——." It's unclear who Larson was addressing.

It might sound like the same awful garbage you've heard from the legions of hyperactive 12-year-olds playing Forza on Xbox Live, but that kind of unacceptable language instantly sticks out in the more polished world of professional sim racing—let alone coming from a public figure and major NASCAR star, like Larson. Another clip shows Twitch streamer Johnathon Caddell covering his mouth in shock and one-handing the rest of his qualifying lap.

Larson was silent for the remainder of the session and the main event, a Pro Series invitational featuring NASCAR stockers at Italy's famed Autodromo Nazionale Monza, where he finished 60th out of 62 cars. Sunday's race was heavily publicized as sim racing at large continues to take center stage in the age of coronavirus. IndyCar champ Josef Newgarden and Daytona 500 winner Kurt Busch were among the marquee names participating alongside Larson, who pilots the number 42 Chevrolet Camaro for Chip Ganassi Racing in the NASCAR Cup Series.

The clips unleashed a torrent of criticism directed at the 27-year-old driver, with many calling for immediate and severe punitive action from NASCAR, Chip Ganassi Racing, and major sponsors like McDonald's and Credit One. Recent imbroglios involving NASCAR's unfortunate history with the slur suggest officials will act quickly; in 2013, then-Nationwide Series driver Jeremey Clements was suspended "indefinitely" (it turned out to be for two races) after it was revealed he used the N-word in a conversation with a reporter.

More recently, its toxicity within NASCAR was highlighted when Conor Daly—who was also participating in Sunday night's race and can be heard saying "Yikes" in response to Larson—lost a major sponsor before his first Xfinity Series race in 2018 over a controversy involving his father's use of the word back in the 1980s. Neither NASCAR, Chip Ganassi Racing, or Larson himself have commented as of Monday morning, but developments are likely as the day progresses.

Business Insider, one of the first outlets to highlight the exchange on Sunday night, points out that the NASCAR rulebook allows for the immediate fining, suspension, or termination of a driver who makes a "public statement...that criticizes, ridicules, or otherwise disparages another person based upon that person’s race, color, creed, national origin, gender, sexual orientation, marital status, religion, age, or handicapping condition."

Some have highlighted the obvious irony that Larson, whose mother is Japanese, is a graduate of NASCAR's Drive for Diversity minority development program. Larson is one of the sports most visible non-white drivers, finishing sixth overall in points in 2019 for his best season so far. He also owns a World of Outlaws sprint car team and pops up frequently at small dirt tracks to the delight (and occasional chagrin) of fans.

Larson's not the only NASCAR driver in recent days to find the stakes in online racing can be incredibly real. Last weekend, Bubba Wallace lost a sponsor for being a poor sport after rage-quitting over a wreck in the middle of an official iRacing invitational being broadcast on FS1.