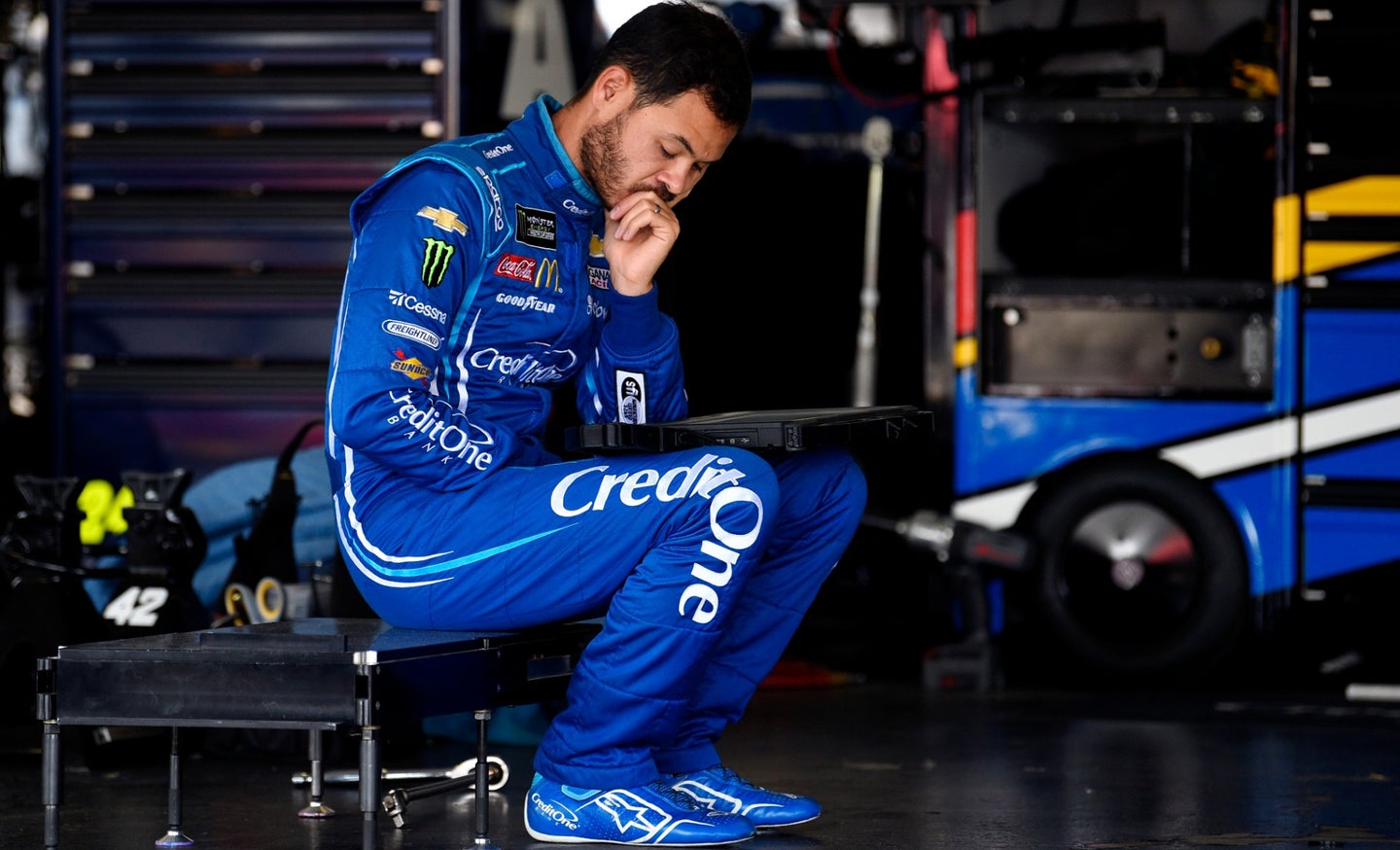 What should've been a light-hearted afternoon of sim racing for Kyle Larson turned into a career-altering rollercoaster when he used a racial slur during Sunday's eNASCAR event. Near the start of the race, the 27-year-old driver could be heard saying, "You can't hear me? Hey, n— —." He remained quiet for the remainder of the afternoon and has yet to issue any sort of statement, through social media or otherwise. His team, Chip Ganassi Racing, announced on Monday morning, however, that it'll be suspending Larson without pay for the time being as a result of the incident.

​Update 4/13/20 12:30 p.m.: Larson posted a video to his Twitter account, apologizing for saying "the word that should never, ever be said." He went on to apologize specifically to his sponsors, partners, fans, NASCAR, and the African-American community.

"We are extremely disappointed by what Kyle said last night during an iRacing Event," said CGR in an official release. "The words that he chose to use are offensive and unacceptable. As of this moment we are suspending Kyle without pay while we work through this situation with all appropriate parties.”

Larson's comment could be heard over the buzzing crosstalk of drivers on the same stream, which was broadcasted on NASCAR's YouTube channel as well as various Twitch accounts. Clips of the accomplished racer using the n-word have since become viral across Twitter and the like, with the following coming from Sunday's eventual winner Justin Botelho's live stream:

Moments after, NASCAR driver Anthony Alfredo explained, "Kyle, you're talking to everyone, bud." Other competitors in the same lobby were blown away by the statement, too, with Conor Daly letting out a baffled "yikes."

Many were surprised to hear such language come from Larson, who's a graduate of the NASCAR Drive for Diversity program. His mother is Japanese and, throughout his career, he has been regarded as one of the sport's most successful non-white drivers.

Larson is slated to become a free agent at the end of the 2020 season and, to this point, he's been widely regarded as the most coveted NASCAR driver up for grabs. He has six wins at the top-level Cup Series and finished sixth in the championship standings last year, marking the best result of his career. He's also a familiar face at dirt tracks across the country in World of Outlaws competition as well as midget races like the Chili Bowl, which he won for the first time this January.