There was no shortage of action, or drama, over Easter weekend in the eSports realm. 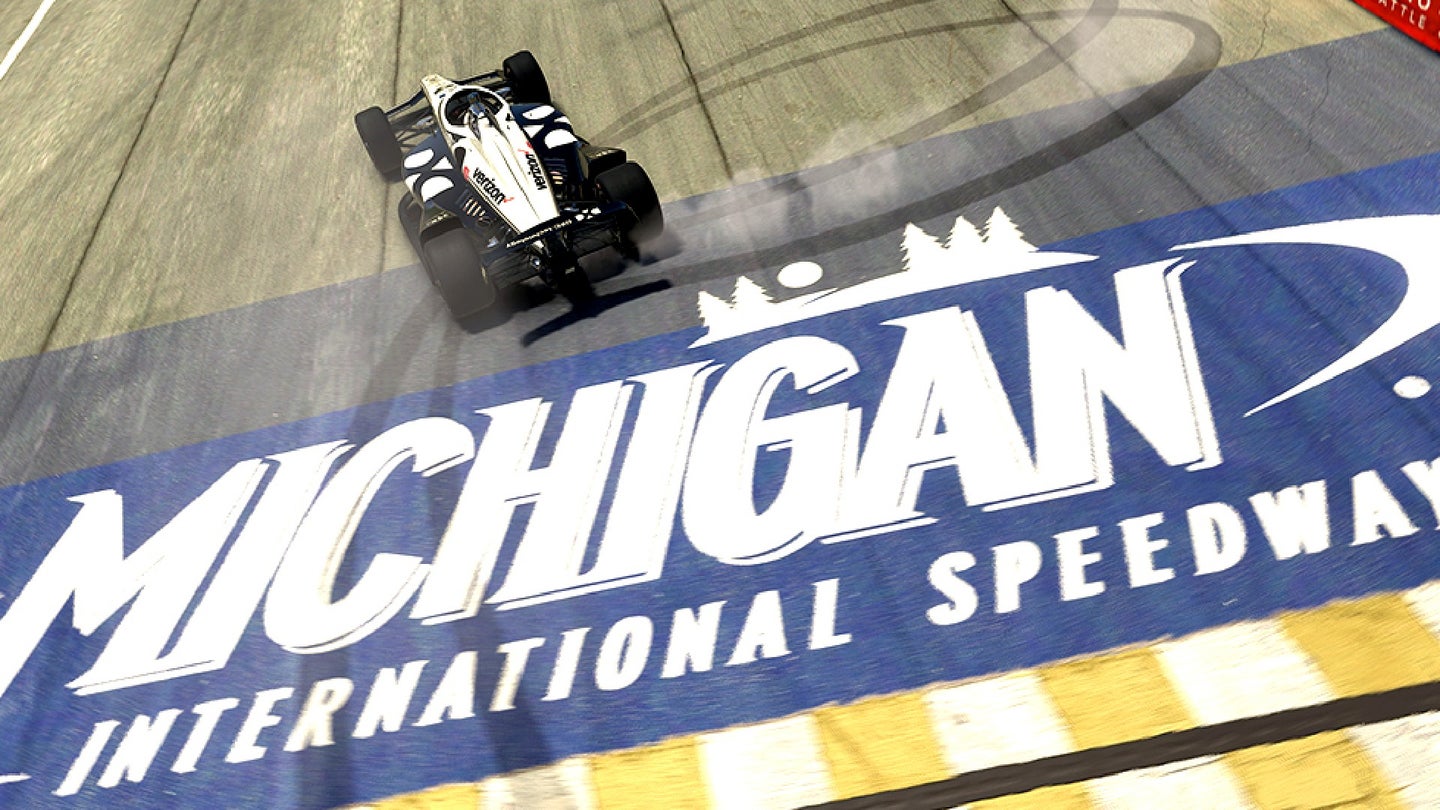 Even with it being a holiday weekend, there was more than enough sim racing action to keep fans and drivers busy over the past few days. From the IndyCar iRacing Challenge to Subaru iRX All-Star Invitational and The Race's Legends Trophy double-header, star pilots from across the globe vied for virtual hardware and, of course, bragging rights. We've got the results here, along with highlights from each main stage event.

Saturday marked IndyCar's first officially sanctioned event at a virtual oval—Michigan International Speedway, as chosen by the drivers. A total of 29 pros made up the grid, several of which competed in real life when IndyCar last raced at MIS in 2007. It was Simon Pagenaud, however, who would take Team Penske's second consecutive iRacing Challenge victory.

This weekend's race was broadcasted on NBCSN, as was last week's event at Barber Motorsport Park.

Pagenaud started far down the order in 22nd and, for most of the day, he remained near the middle of the pack. With 10 laps to go, though, he had elbowed his way into third. Five laps later, he was in second and poised to make the move on then-leader Ryan Hunter-Reay, who was forced to stop before the checkered flag flew. It was then that Pagenaud, the 2019 Indy 500 winner, would commandeer P1 and finish 13 seconds ahead of his Penske teammate, Scott McLaughlin.

Dale Earnhardt Jr., who made a star guest appearance at the Michigan oval, claimed a podium spot by finishing in third.

As has become tradition, The Race's Legends Trophy event featured a double-header with the world's greatest drivers over 40. The likes of Helio Castroneves, Emerson Fittipaldi, Gil De Ferran, and more contested Sebring International Raceway in identical McLaren M23 racers, competing on the rFactor2 platform. It was F1 champion Jenson Button and five-time Le Mans 24 Hours winner Emanuele Pirro, though, who were victorious in races one and two, respectively.

Button was able to drive his Brawn GP-liveried McLaren to the "W," outdueling Juan Pablo Montoya who finished in second and spent the five-lap race battling with sportscar great Andy Priaulx. As a result, Button earned $10,000 which will be awarded to the charity of his choice. The contest, as well as the second half of the doubleheader, was aired on ESPN 2 in the United States, catapulting sim racing onto yet another nationwide television platform.

Later in the afternoon, a reverse grid placed Pirro in pole position for race two. He remained in P1 from start to finish, proving his skill against past Legends Trophy winners like Dario Franchitti. Additionally, it was Pirro's eSports debut, and his sim racing setup was rather humble—it consisted of a Logitech G27 wheel, a fold-up chair, and a monitor that was propped up by a shoebox.

Still, it didn't have anything on 1997 F1 champion Jacques Villeneuve, who managed a pair of P6 finishes using nothing more than an Xbox controller.

Although prime time names like Alexander Rossi, James Hinchcliffe, and Scott Speed were amongst the packed field of Subaru iRX racers on Friday, it was Michael DeJong who would take the overall win for charity. DeJong, who has plenty of rally experience in both real and virtual worlds, made short work of the star-studded grid who simply had nothing on him throughout the day.

Qualifying set the tone for the afternoon as DeJong set a pole-winning time ahead of the first heat. This kept him out of the trouble that took place farther back in the pack, allowing him to push forward and build a gap to second at the Hell Lankebanen course.

During the 10-lap finale, DeJong drove flawlessly to finish 4.4 seconds ahead of P2. With qualifying and the feature race neatly wrapped up, the Virtual Racing School driver capped off a perfect afternoon of iRacing.

NASCAR has never and will never race at the oval track nestled within the confines of Italy's Autodromo Nazionale Monza—at least in real life. A massive field of virtual Cup cars did visit the fantasy track Sunday night, however, and it was eventful, to say the least. The high banks inherently lent themselves to purpose-built stock cars and, while the sizeable bumps and chug holes might've been a bit much for some drivers at-speed, seasoned sim racer Justin Botelho was able to overcome adversity for the victory.

An astounding 62 drivers took the green flag to start the event, with pros from NASCAR, IndyCar, NHRA, and the dirt world competing against one another. It was NASCAR Cup driver Landon Cassill who organized the race to start with and while he finished in the top 10, others quickly made the shown their own. The start of the race was marred by an over-the-air slip-up when Kyle Larson used the N-word on his mic feed, sparking controversy and almost automatically landing him on Twitter's "Trending" page.

As of Monday morning, Larson has yet to release a statement, while both his team—Chip Ganassi Racing—and NASCAR haven't issued anything official.

All irritating incidents aside, the 30-lap race itself was perhaps one of the most entertaining of the whole weekend given its whacky nature. With that many drivers on a 2.6-mile track, not to mention a start time that commenced around 9 p.m. ET, there was bound to be some craziness. You know, like Corvette Racing IMSA driver Jordan Taylor's sim rig actually flipping on its side when he crashed with another driver. How's that for realistic?

At the end of the night, it was Botelho who tore up the track after starting way back in 52nd place. Attrition surely helped his run to the front and rounding out the top five was Tommy Joe Martins, Casey Kirwan, Ray Alfalla and Chase Cabre.