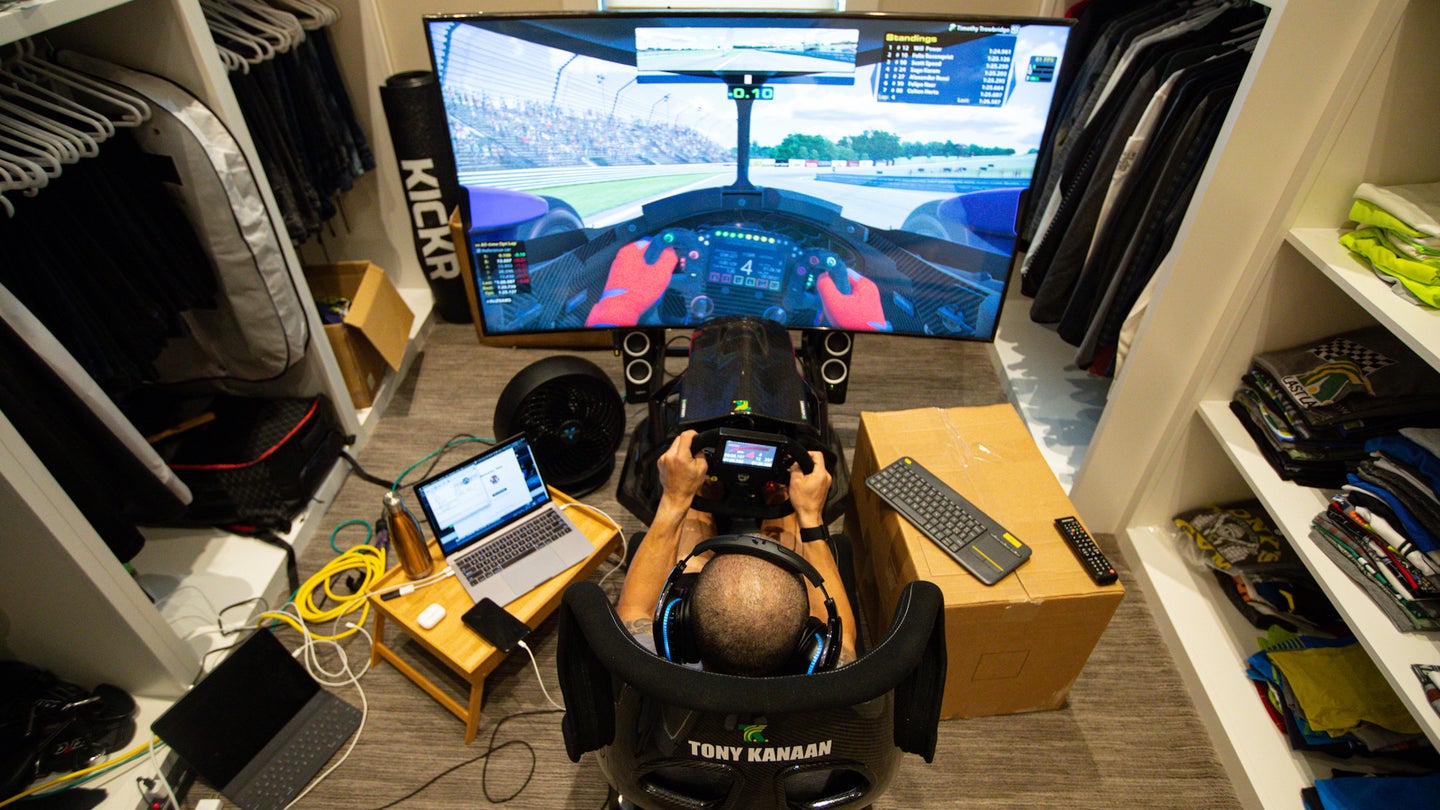 Virtual and real-world racing collided over the weekend, as Ferrari's new frontman Charles Leclerc took his first victory of the year in "Australia," while NASCAR driver "Bubba" Wallace was dropped by an actual sponsor for his online theatrics. IndyCar had plenty of drama too, as a non-series driver figured out how to use the expertise of a real-life Penske engineer to get an edge at a virtual Barber Motorsports Park.

As the coronavirus pandemic continues and sporting events are forced to figure out ways to keep fans engaged, sim racing has become legit, and so has the action we see unfolding every weekend.

Here's a rundown of the weekend's biggest races:

Ferrari driver Charles Leclerc took the checkered flag at the F1 Esports Virtual GP at the Australian Grand Prix's Albert Park track in Melbourne Sunday, after claiming he'd spent up to five hours a day preparing for the event. After the win, Leclerc noted that he was very nervous during the event, but said that he and the other drivers found the race “very, very fun,” and noted that they would continue to put on more races to entertain the fans during the ongoing pandemic. Formula 2 rookie Christian Lundgaard took second and first-time sim racer and Williams F1 driver George Russell came in third.

Australian V8 Supercars star Scott McLaughlin spent time working on a race strategy with his real-life Team Penske engineer, who lives 9,000 miles away. McLaughlin, who lives in Australia, was in contact with Jonathon Duggan in North Carolina to work on fuel- and tire-saving techniques for the virtual race at Barber Motorsports Park. The result was a two-stop strategy that had McLaughlin pitting before a caution period and then again in the last third of the race. His Penske teammate Will Power came in second, and former Red Bull GRC champion Scott Speed landed third. Some drivers, such as last week's winner Sage Karam, criticized others for their behavior during the race while Power was banned at one point for calling another driver a “wanker."

Hendrick Motorsports' William Byron finished first in the iRacing Pro Invitational Series Food City Showdown, which was held at a virtual Bristol Motor Speedway on Sunday. However, the big story of the race wasn’t Byron, but Darrell "Bubba" Wallace, who was dropped by his real-life sponsor after cursing and quitting the race. Company Blu-Emu severed ties with the driver via Twitter, basically calling Wallace an outright quitter.

The whole thing unfolded during a live broadcast the race on Fox Sports, but Wallace’s verbal reaction and posts on social media afterward appear to be what caused the real trouble for him.

"That's it, that's why I don't take this shit serious," said Wallace as he reset to the pits, only to yell "Peace out!" while shutting down his stream. Blue-Emu’s executive vice president Ben Blessing later said, “We thought this was a blessing in disguise for us. But then you find out that you aren’t sponsoring a NASCAR driver, you are sponsoring someone like my 13-year-old son who broke his controller playing some game where he builds houses.”